UNHCR
One of the striking "I Belong" campaign images created by United Colors of Benetton.
4 November 2014

The Office of the UN High Commissioner for Refugees (UNHCR) partnered with the United Colors of Benetton to create the I Belong, campaign which aims to draw global attention to the life-long consequences of statelessness.

In a press release detailing the initiative, UNHCR underscored that every 10 minutes, a baby is born stateless. Since they are not allowed a nationality, these children are often denied the rights and services that countries normally offer their citizens.

Moreover, 27 countries currently deny women the right to pass their nationality onto their children on an equal basis as men, which can create chains of statelessness spanning generations, according to the statement.

“Statelessness makes people feel like their very existence is a crime,” the UN High Commissioner for Refugees, António Guterres, said in the statement, which noted that most situations of statelessness are due to discrimination based on ethnicity, religion or gender.

“We have a historic opportunity to end the scourge of statelessness within 10 years, and give back hope to millions of people. We cannot afford to fail this challenge,” he added.

In conjunction with the launch, Mr. Guterres, along with UNHCR Special Envoy Angelina Jolie and more than 20 celebrities and world opinion-leaders, stressed in an open letter published today that 60 years after the UN first agreed to protect stateless people, “now it's time to end statelessness itself.” 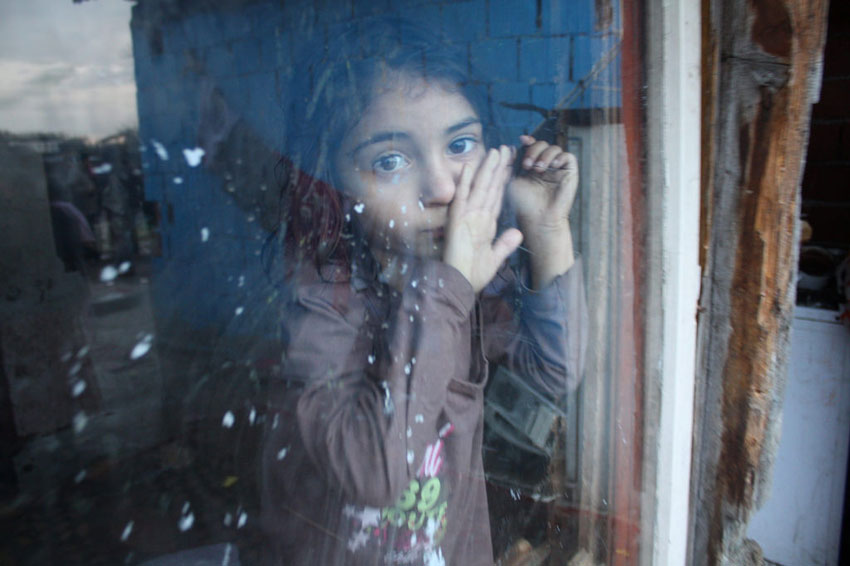 While most of Europe’s Roma possess a nationality, the Zahirovic family remain stateless. They live in a cramped and flimsy room, with no running water, electricity or sanitation facilities in Croatia’s Vrtni Put. The family’s only source of income is from collecting scrap metal. Photo: UNHCR/Nevenka Lukin 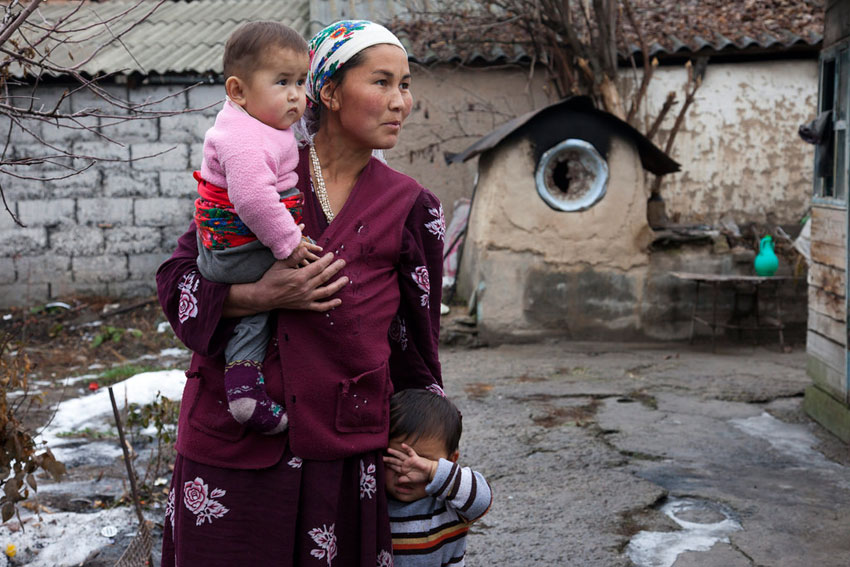 This stateless mother came to Kyrgyzstan from Tajikistan. Her children are also stateless as a result. Without papers proving her nationality, she cannot receive badly needed social assistance. Photo: UNHCR/Alimzhan Zhorobaev 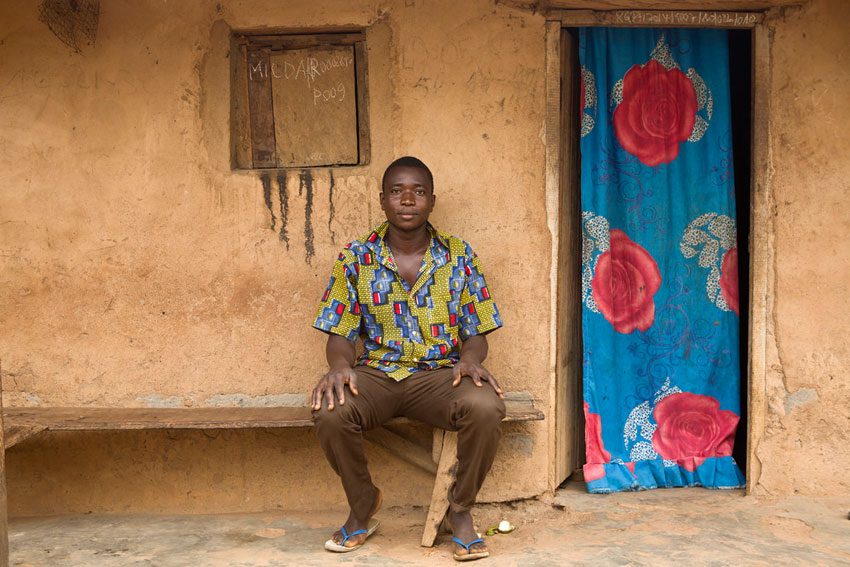 17 year-old Mohamed sits in front of his house in the village of Saria, Côte d’Ivoire. He was born in Ouagadougou, Burkina Faso, to Burkinabè parents. They died when he was young and Mohamed came to Côte d’Ivoire with his uncle. His birth was never registered in Burkina Faso and he has no documentation to prove his parents’ Burkinabè nationality. Photo: UNHCR/Helene Caux 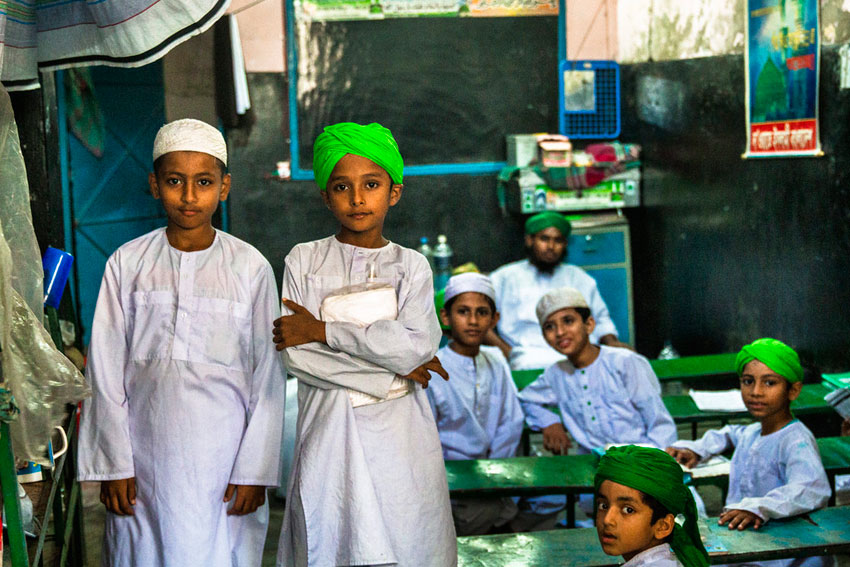 Despite a 2008 Constitutional Court judgment confirming the Bangladeshi citizenship of Urdu speakers, a long history of statelessness and exclusion means that a madrassa (Islamic school) is the only place that many of the children in the Geneva Camp of Mohammadpur in Dhaka can access primary school education. Photo: UNHCR/Syed Latif Hossain 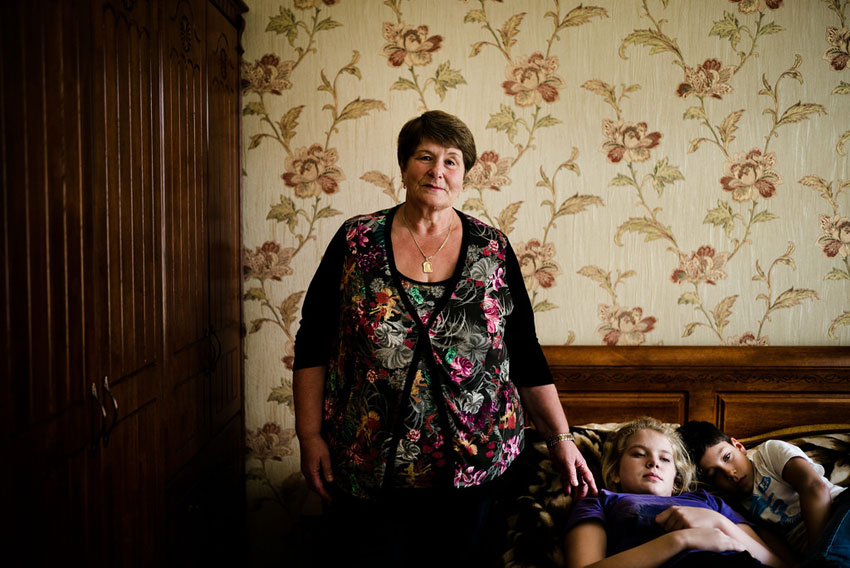 Valentina, seen with her grandchildren in Riga, Latvia, is the only stateless member of her family. She and her husband moved from Belarus to Latvia in 1983. They had four children, all of whom are now citizens of Latvia. Valentina voted for independence in 1991, but has not taken the Latvian language test that will enable her to get nationality. Photo: UNHCR/Lionel Charrier 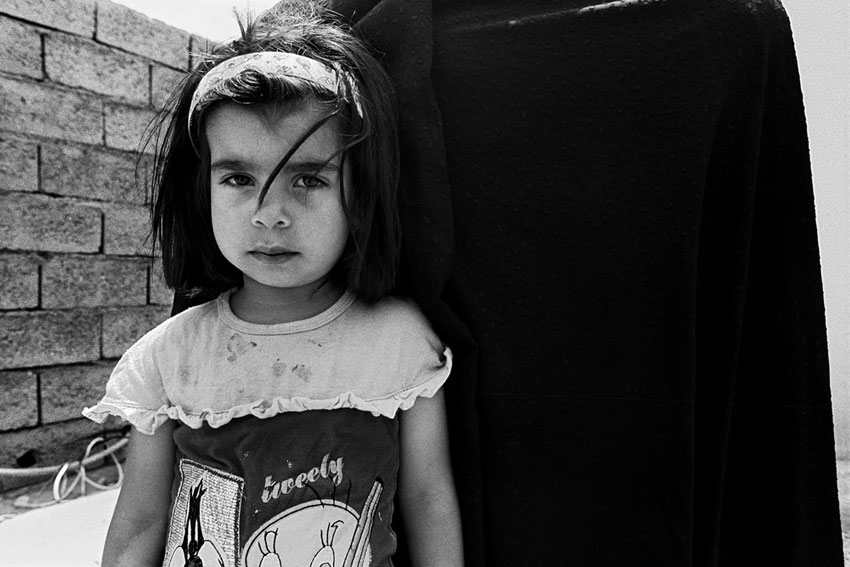 Malak (4) is a Faili Kurd whose family fled from Iraq to Iran in 1980 after Saddam Hussein stripped the entire Faili Kurd community of their Iraqi citizenship, leaving them stateless. Since 2003 reforms have been implemented to allow Faili Kurds to reacquire their Iraqi nationality. Photo: UNHCR/Greg Constantine 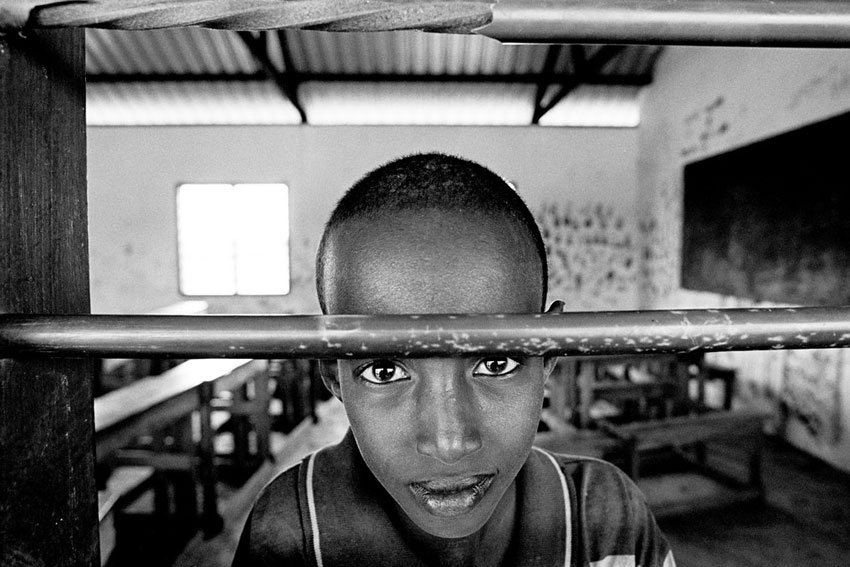 A Galjeel child plays in an abandoned school in northern Kenya. The Galjeel, numbering 3,500 to 4,000 people, are a sub-clan of Somali descent and have lived in Kenya since the late 1930s. Most stateless Galjeel children in northern Kenya do not go to school. But those who do must walk several miles and are often harassed by other ethnic groups. Photo: UNHCR/Greg Constantine 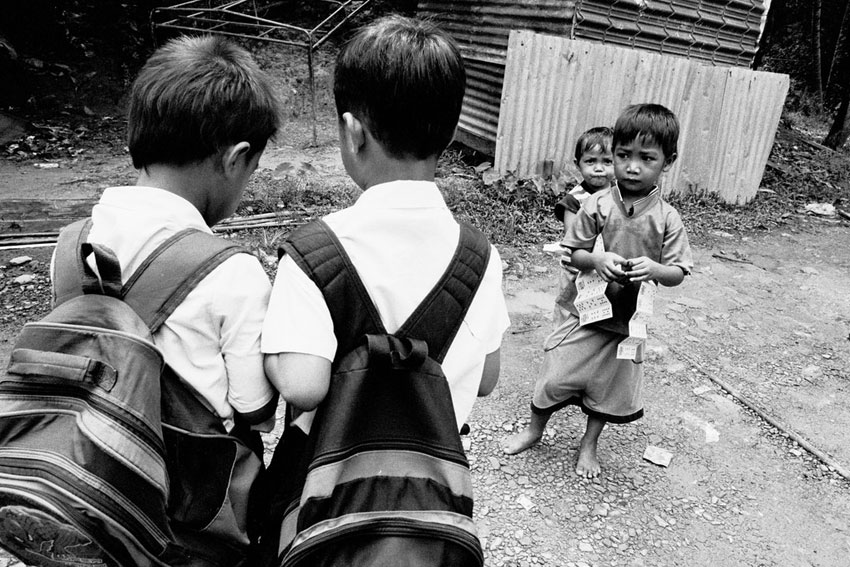 Children in Telipok, Sabah, Malaysia. Many children of migrants are unable to establish a nationality. Some are completely undocumented and do not have access to education. Photo: UNHCR/Greg Constantine

The open letter will become an online petition on the campaign's website, which, along with the creative content, was developed by Benetton. The aim is to collect 10 million signatures in support of ending statelessness within 10 years.

UNHCR Special Envoy Angelina Jolie was among the first to sign the open letter. “Being stateless means you and your children having no legal identity, no passport, no vote, and few or no opportunities to get an education,” Ms. Jolie said in the press release.

“Ending statelessness would right these terrible wrongs. But it would also strengthen society in countries where stateless people are found, by making it possible to draw on their energy and talents. It is both an obligation and an opportunity for governments everywhere to put an end to this exclusion,” she added.

UNHCR also released today a Special Report on Ending Statelessness within 10 Years, which highlights the human impact of the phenomenon, and a 10-point Global Action Plan to End Statelessness that aims to resolve major existing crises and to ensure that no child is born stateless in the future.

Despite some progress, the report notes, new risks of statelessness have emerged as a result of growing numbers of major conflicts worldwide. The wars in the Central African Republic and Syria, for example, have forced millions of people into internal displacement or into becoming refugees.

In addition, tens of thousands of children have been born in exile, and UNHCR is working closely with the governments and partners in countries receiving refugees on prioritizing birth registration for those children.

While issues of statelessness remain politically contentious in some countries, in others ending it can be as simple as changing a few words in a country's citizenship law, the press release notes. Over the past decade, 4 million stateless people have been able to acquire a national or have their nationality confirmed as a result of legislative and policy changes.

This year marks the 60th anniversary of the 1954 UN Convention relating to the Status of Stateless Persons, which, along with the 1961 Convention on the Reduction of Statelessness, provides the international legal basis for ending statelessness.

Amid mounting crises, a warming planet and the spread of contagious diseases, the world is being consumed by “many troubles,” United Nations Secretary-General Ban Ki-moon said today as he pressed the international community to engage in “unprecedented cooperation” as it faces a slew of global predicaments.