As the international community mobilizes on all fronts to combat the unfolding Ebola outbreak, the primary emphasis must continue to be on stopping the transmission of the virus within Guinea, Liberia and Sierra Leone, the three hardest-hit countries, United Nations World Health Organization (WHO) experts said today.

Reporting on the outcome of the third meeting of the International Health Regulations Emergency Committee on the Ebola outbreak in West Africa, which wrapped up yesterday in Geneva, the experts stressed that focusing on the countries at the epicentre of the outbreak, including through reinforcing high-quality exit screening procedures at airports, “is the most important step for preventing international spread.”

In a news release summing up the meeting, which included States Parties’ presentations and subsequent Committee discussions, the experts noted that specific attention, including through appropriate monitoring and follow-up of their health, should be paid to the needs of health care workers. This would also encourage more health care staff to assist in this outbreak, they added.

The WHO expert Committee also stressed that all countries should strengthen education and communication efforts to combat stigma, disproportionate fear, and inappropriate measures and reactions associated with Ebola. “Such efforts may also encourage self-reporting and early presentation for diagnosis and care,” it adds.

As for most up-to-the-minute statistics on the outbreak, WHO reported that as of 22 October, the number of total cases stands at 9,936 total cases, with 4,877 deaths. Cases continue to increase exponentially in Guinea, Liberia, and Sierra Leone and the situation in these countries remains of great concern, warned the agency. 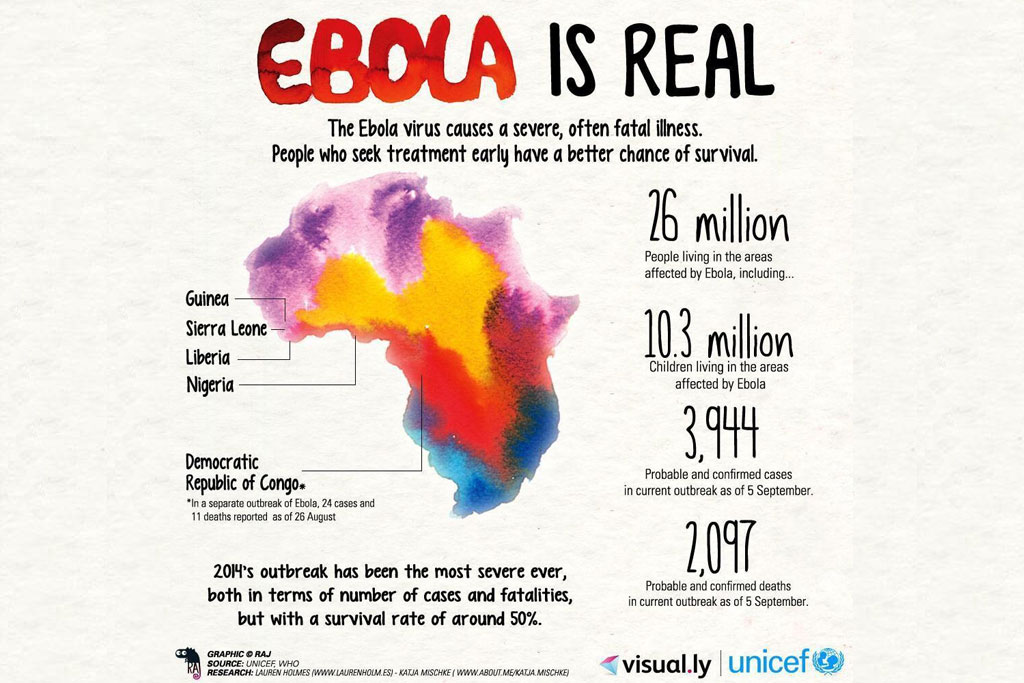 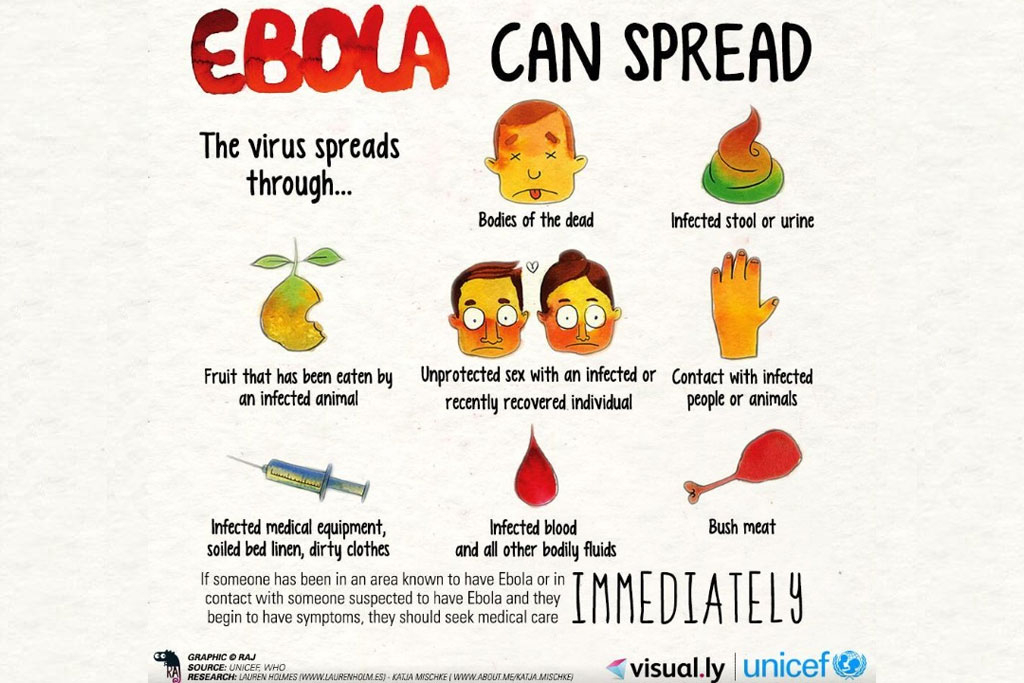 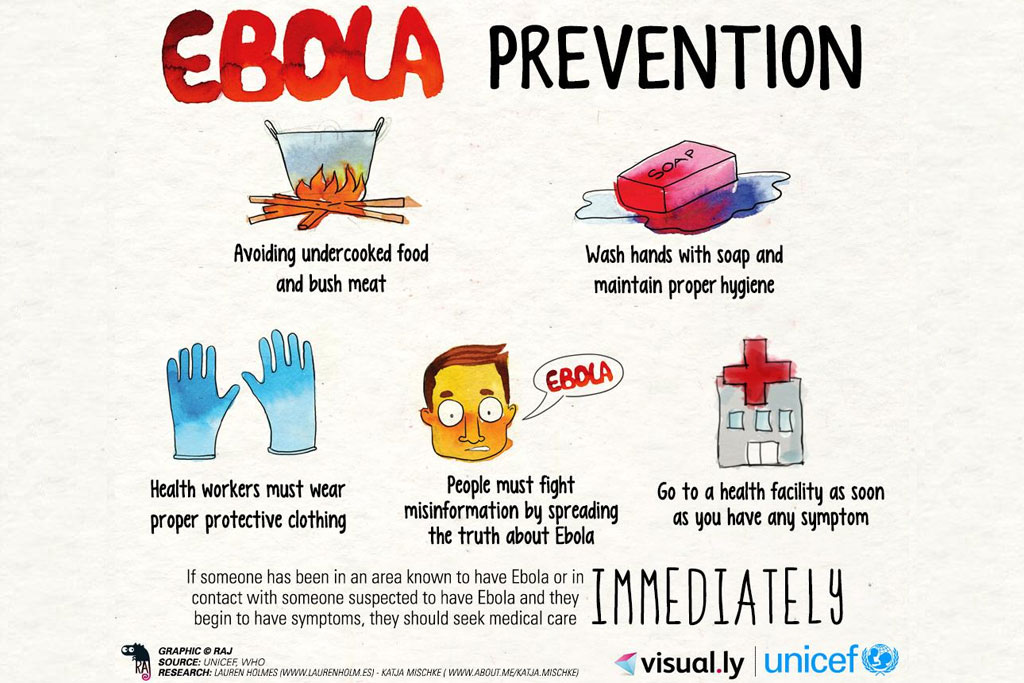 Earlier today at WHO’s headquarters in Geneva, Dr. Keiji Fukuda, the agency’s Assistant Director-General for Health, Security and Environment, and Isabelle Nuttall, WHO Director of Global Capacities, Alert and Response, briefed the press on the Committee’s discussions.

Dr. Fukuda said the key lessons learned to control the outbreak include the importance of leadership, community engagement, bringing in more partners, paying staff on time, and accountability, and stressed that WHO, UN partners and the international community have scaled up their support in these three countries.

Answering a question about when international efforts might catch up to the unfolding outbreak, he said there is an intense effort under way to step-up the response, within and outside the United Nations, including with the establishment of the UN Mission for Ebola Emergency Response (UNMEER) and implementation of the so-called “70-70-60 plan” which aims to try to get 70 per cent of the cases isolated and 70 per cent of the deceased safely buried within 60 days (from the beginning of October to 1 December), “by which time we hope to see a bend in the curve.”

“So it’s clear that it remains quite a challenge. We see the numbers still going up. We still see an extensive effort trying to catch up to and get beyond that curve,” Dr. Fukuda said, adding however that reaching the targets by the earliest possible time remains the goal.

Among the Committee’s recommendations for hard-hit Guinea, Liberia, Sierra Leone, the Committee noted that exit screening in those countries remains critical for reducing the exportation of Ebola cases. “States should maintain and reinforce high-quality exit screening of all persons at international airports, seaport, and major land crossings, for unexplained febrile illness consistent with potential Ebola infection.”

The exit screening should consist of, at a minimum, a questionnaire, a temperature measurement and, if fever is discovered, an assessment of the risk that the fever is caused by Ebola virus disease. States should collect data from their exit screening processes, monitor their results, and regularly share these with WHO in a timely fashion. This will increase public confidence and provide important information to other States, said the experts.

As for the wider international community, the Committee reiterated its recommendation that there should be no general ban on international travel or trade. “A general travel ban is likely to cause economic hardship, and could consequently increase the uncontrolled migration of people from affected countries, raising the risk of international spread of Ebola,” said the experts.

Noting that a number of States have recently introduced entry screening measures, WHO encouraged countries implementing such measures to share their experiences and lessons learned. “Entry screening may have a limited effect in reducing international spread when added to exit screening, and its advantages and disadvantages should be carefully considered.”

As for the fact that a number of States without Ebola transmission have decided to or are considering cancelling international meetings and mass gatherings, the experts underscored that although they do not recommend such cancellations, they “recognize that these are complex decisions that must be decided on a case-by-case basis.”

“The Committee encourages States to use a risk-based approach to make these decisions. WHO has issued advice for countries hosting international meetings or mass gatherings, and will continue to provide guidance and support on this issue,” said the news release.

A United Nations health committee has met for the third time in three months to evaluate the Organization’s ongoing response to the global Ebola crisis amid broader agency-wide efforts in confronting the deadly disease, UN officials confirmed today.