To be effective, an investigation into torture must be prompt, impartial, independent and thorough, but that seems to be the exception in many countries, where forensic services are closely linked with law enforcement agencies, the United Nations Special Rapporteur on Torture told the General Assembly.

Presenting his latest report to the Assembly’s main body dealing with social, humanitarian, and cultural issues (Third Committee), Juan E. Méndez noted yesterday the conflict of interest out of fear of jeopardizing their employment or other reprisals.

“If medical staff, including forensic doctors, serve under law enforcement or security agencies or the prison sector, they may have conflicted loyalty between their employer and their professional obligation to report torture or ill-treatment,” he warned.

“In the context of allegations of torture or other ill-treatment, the provision of forensic services from within the police force and lack of independent oversight has been criticized by me on previous occasions and my mandate has recommended that systems be reorganized to ensure independence from the police,” Mr. Méndez said.

“In those cases,” the Special Rapporteur stressed, “it should be mandatory to submit the person to an independent assessment, external from prison medical services.”

In his report, the human rights expert urges Governments to undertake effective investigations whenever there are indications of torture or other ill-treatment, even without an express or formal complaint.

“Forensic science has a key role to play regarding the obligation of States to investigate and prosecute allegations of torture or other ill-treatment, especially with regard to individual responsibility and the fight against impunity,” he said.

“During my visits, I often observe that States are reluctant to carry out criminal investigations into torture allegations and that accurate statistics on the incidence of torture are difficult to obtain. The lack of investigation, together with the lack of accountability, perpetuates the practice of torture and other ill-treatment,” the UN expert cautioned.

Torture may cause physical injury such as broken bones and wounds that heal slowly, or may leave no physical scars. It often takes place in secret, behind closed doors where there are no witnesses, and many torture methods used are becoming increasingly sophisticated and designed to be as painful as possible without leaving physical marks.

The same applies when torture is predominantly of a psychological nature, such as sexual humiliation and threats to the life or physical integrity of the person detained or of his or her family.

States have an obligation to put in place and apply an effective process of evidence collection in line with the Manual on the Effective Investigation and Documentation of Torture and Other Cruel, Inhuman or Degrading Treatment or Punishment.

It is an exception that victims are examined shortly after the torture actually happened. More commonly, while the victim is in custody, the State often is the only one in a position to undertake examinations, he noted in the report.

In these circumstances, Mr. Méndez warned, “examinations are frequently conducted that are neither independent nor impartial or victims are examined only after alleged victims manage to get released from detention and some even flee the country, in which case the lesions have healed, leaving no scars or only a few.”

During his country visits, the Special Rapporteur has reviewed samples of medical certificates by State health experts and forensic assessments and found the majority of those reviewed of very poor quality and accuracy, not performed in accordance with the minimum international standards for clinical forensic assessment of victims, and unacceptable as forensic evidence.

“Governments often argue that a high standard of forensic evidence is out of the reach of States with limited resources,” he said. “However, in my report I noted that the diagnosis of torture is usually not based on ‘high-tech’ methods or cost intensive equipment and that forensic assessment of torture is less a question of financial resources than of training and commitment by the authorities to ensure effective investigation into allegations of torture.” 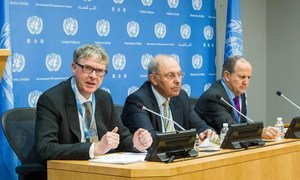 The incidences of torture and ill-treatment around the world have not been diminishing and the need for effective prevention is “as great as it ever has been,” a United Nations human rights expert said today as he urged Member States to do more to tackle domestic corruption in order to prevent such episodes of abuses.