With over 800 million people worldwide still lacking access to healthy, nutritious food, family farmers must play an increasingly vital role in the global war on hunger, United Nations officials affirmed today, adding that the strong participation of the world’s family farmers can help “turn the tide” in shaping a new agenda for a sustainable future.

“They run the vast majority of farms in the world. They preserve natural resources and agro-biodiversity. They are the cornerstone of inclusive and sustainable agriculture and food systems.”

The theme of this year’s Day, which is celebrated on 16 October in honour of the date of the founding of the UN Food and Agriculture Organization (FAO) in 1945, is Family Farming: Feeding the world, caring for the Earth, and has the stated goal of drawing attention to the world’s 500 million smallholder farmers in an effort to help eradicate poverty and help safeguard the environment.

This year’s World Day also coincides with the International Year of Family Farming, designated by the UN General Assembly in 2012, through a resolution that recognized the important contribution that family farming and smallholder farming can play “in providing food security and eradicating poverty in the attainment of the internationally agreed development goals, including the Millennium Development Goals (MDGs). 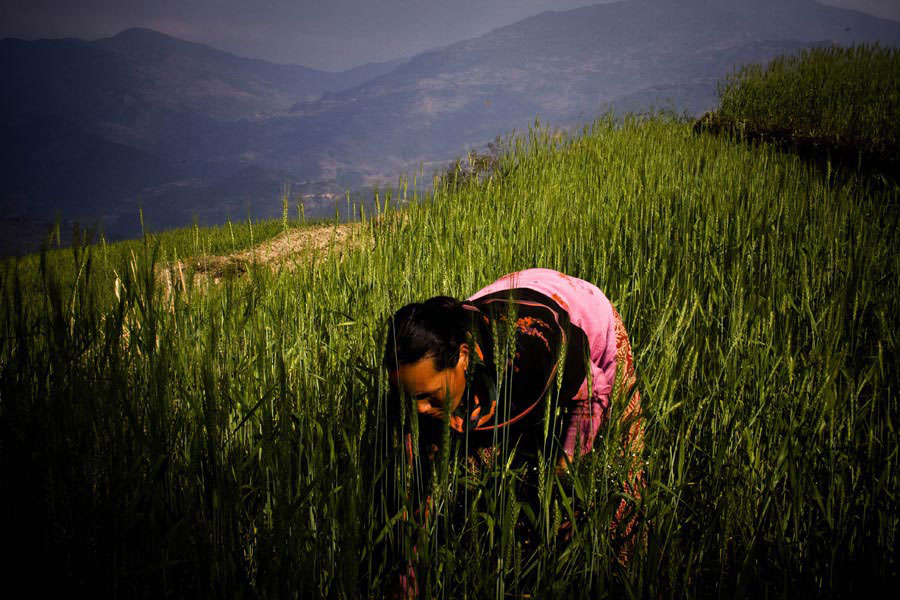 A woman farmer at work in a wheat field in Nepal. The theme of this year's World Food Day is, " Family Farming: Feeding the world, caring for the Earth."FAO/Saliendra 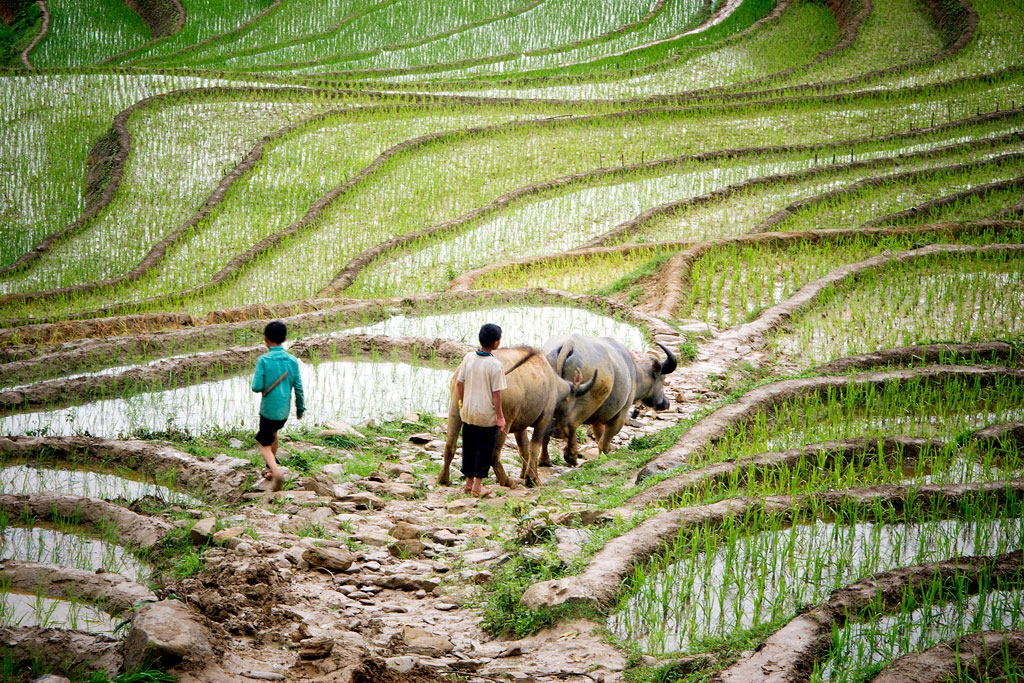 Farmers cultivate rice fields in Sapa, Vietnam. The aim of this year's World Food Day is to draw attention to the world’s family farmers and their potential to help eradicate poverty and safeguard the environment. UN Photo/Kibae Park 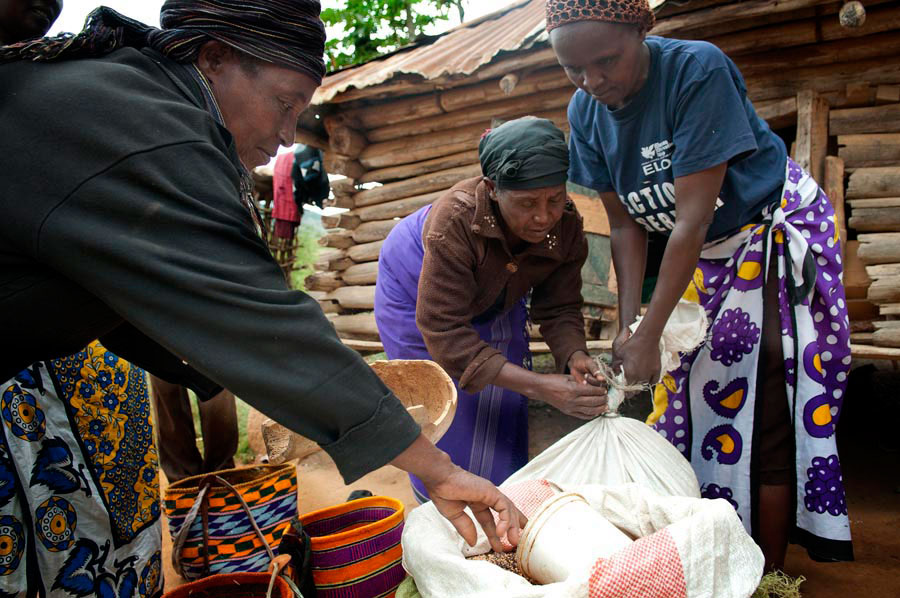 In Kenya members of the Kweka farmers group display how seeds are stored between harvest and the next planting season to ensure food production will continue. FAO/Christena Dowsett 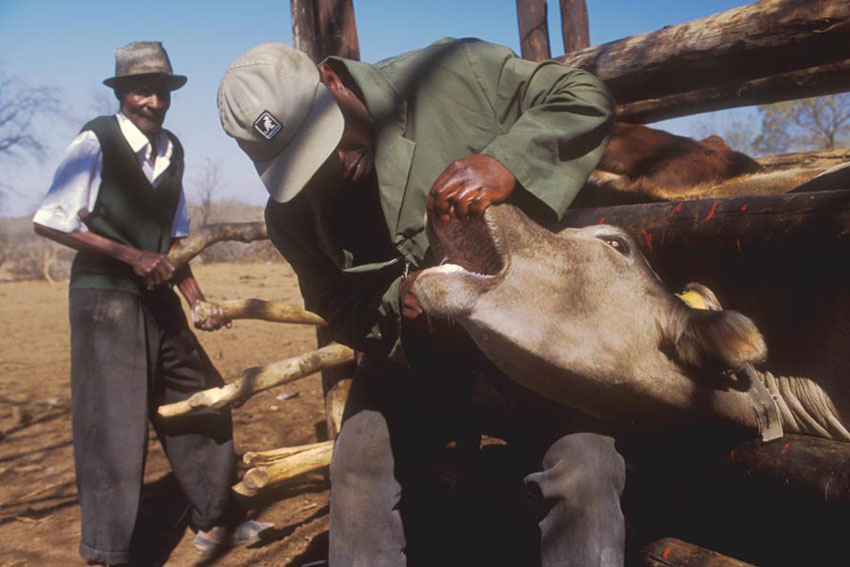 At a farm in Botswana, a veterinarian examines a cow for Foot and Mouth disease. Ninety per cent of the planet’s 570 million farms are managed by families, says the UN. FAO/Antonello Protow 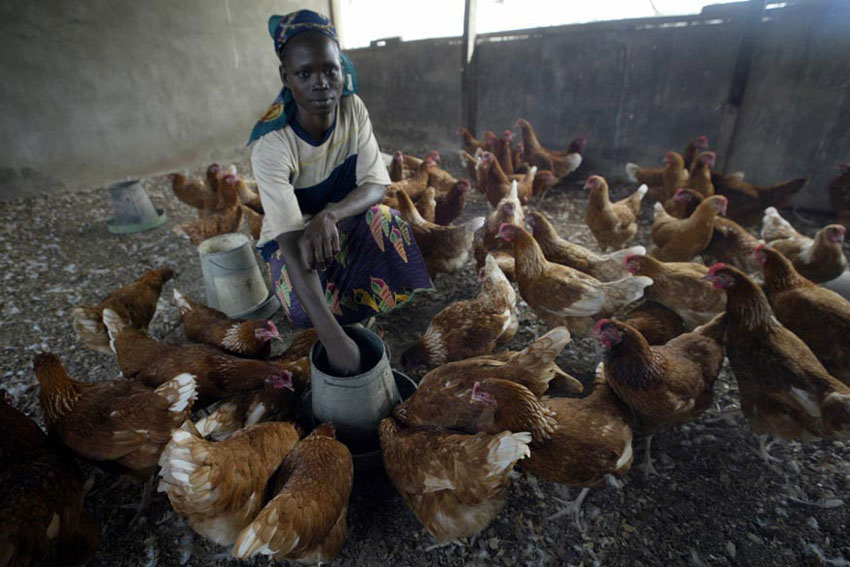 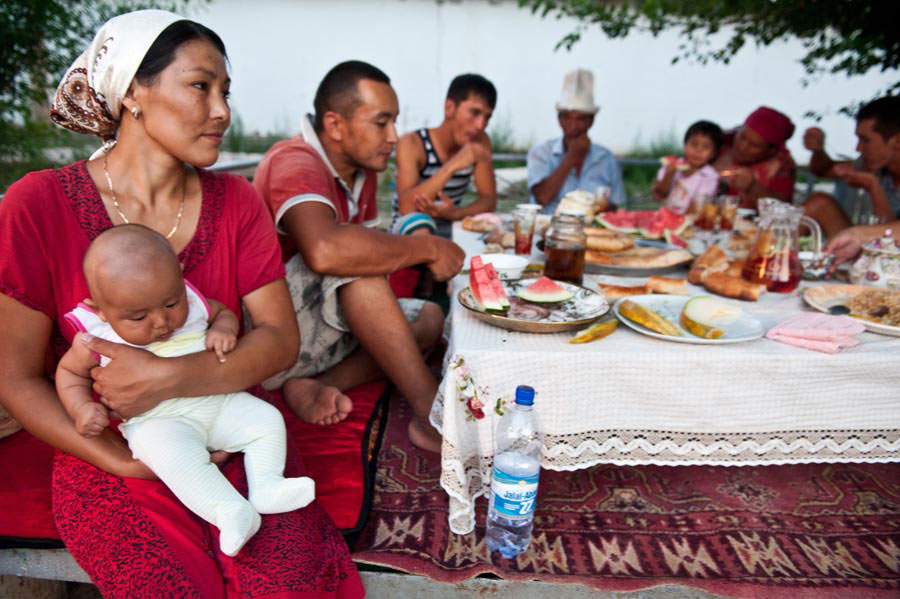 A farm family eats a meal together in Jalal-Abad Oblast, Kyrgyzstan. Family farms must innovate in order to meet the world’s needs for food security and environmental sustainability, says the UN. FAO/Sergey Kozmin

For its part, FAO notes that other objectives of the World Day include encouraging attention to agricultural food production and stimulate national, bilateral, multilateral and non-governmental efforts to this end; encouraging economic and technical cooperation among developing countries; encouraging participation of rural people, particularly women and the least privileged categories; promoting the transfer of technologies to the developing world; and strengthening international and national solidarity in the struggle against hunger, malnutrition and poverty.

Amid continuing global efforts targeting the goal of “zero hunger,” the Secretary-General observed in his message that there are 100 million fewer hungry people today than there were 10 years ago while 63 countries have managed to halve the portion of their population suffering from undernourishment.

Moreover, he pointed to the recent Climate Summit, held in New York ahead of the UN General Debate, during which more than a hundred organizations and governments pledged to work more closely with farmers, fishers and livestock keepers to improve food security while also focussing on addressing climate change.

But, Mr. Ban cautioned, much work remained to be done.

“More than 800 million people do not have enough healthy, nutritious food to lead active lives. One in three young children is malnourished,” he warned, adding that in 2015, the international community finally had an opportunity to “turn the tide by achieving the Millennium Development Goals” and achieving a new agenda for sustainable development.

“A world free from poverty and hunger where all people have realized their right to adequate food, is central to the future we want,” he said.

Adding their voices to the tributes for family farmers, three top UN officials for food security and agriculture-related issues also underscored the importance of smallholder farms in reducing global hunger while stressing the need for Member States to do more to empower them.

Writing in the introduction to the FAO’s State of Food and Agriculture 2014 report, released today, FAO Director-General, José Graziano da Silva, pointed out that 90 per cent of the planet’s 570 million farms are managed by families making them “vital to the solution of the hunger problem.”

Within its pages, the new report notes that small family farms are particularly pressed to innovate in order to meet the world’s needs for food security and environmental sustainability, as well as promote their own productivity growth and livestock diversification to lift themselves out of poverty and hunger. As a result, the report calls for the public sector to work with farmers, civil society organizations and the private sector to improve innovation systems for agriculture.

“Family farmers need to be protagonists of innovation as only this way can they take ownership of the process and ensure that the solutions offered respond to their needs,” said Mr. Graziano da Silva, who also shared his message in his opening remarks for the annual World Food Day ceremony held today at FAO Headquarters in Rome.

“Ending gender inequity is not just the right thing to do, it’s the smart thing to do,” Ms. Cousin told those gathered, noting that unequal access to agricultural inputs widely affected women, forcing them to “work harder and longer for less.”

Michel Mordasini, Vice President of the International Fund for Agricultural Development (IFAD), meanwhile, called on the international community to reinvigorate all efforts towards the MDGs and “avail of 440 days to achieve the MDG target of halving the percentage of undernourished people.”

At the same time, in a statement urging Member States to show “a more meaningful commitment” to the development of policies benefitting small, family farms, UN Special Rapporteur on the right to food, Hilal Elver, emphasized that protecting the rights of family farmers was “paramount to the eradication of hunger and ensuring food security.”

“With over 70 per cent of the world’s food production reliant on family farmers, this type of farming represents the vast majority of agriculture worldwide, both in developed and developing countries,” Ms. Elver said.

“Family farming is based on tradition, and forms the social fabric of many societies playing a key role in protecting the world’s biodiversity and promoting the sustainable use of natural resources.”

The UN expert also underlined the crucial role played by women in agricultural development, noting that some 43 per cent of the agricultural labour force in developing countries is female. Ms. Elver insisted that “every effort” be made by Member States to ensure that women in agriculture are afforded “the same rights and access to necessary resources as their male counterparts.”

The majority of rural women depend on natural resources for their livelihoods. They produce, process and prepare many of society’s meals, frequently taking primary responsibility for household food security, health status and education opportunities. As a result, a number of UN initiatives are geared towards enhancing their ability to work on farms and fisheries in a way that guarantees parity.

In China’s Ningxia Hui Autonomous Region, for instance, UN Women helped educate scores of women farmers about how to advanced irrigation systems while in Zimbabwe, the agency helped women from the Tonga ethnic group break into the male-dominated fishing industry. Instead of selling fish purchased from men’s boats, they now market their own catch.