Jean-Marc Ferré
A general view of the Human Rights Council in session.
8 October 2014

A group of independent United Nations rights experts today urged the Government of Malaysia to withdraw its Sedition Act of 1948 amid allegations that critics of the country’s authorities have faced increasing criminalization and persecution.

The Act, which carries sentences of up to five years in jail, outlaws a number of vague offenses, such as expressing “any seditious words” or acting with “seditious tendency” to incite hatred or disaffection of the government or the judiciary, promoting hostility between different races or classes, or questioning any right, privilege, sovereignty prerogative stated in the country’s Constitution, the experts said in a press release.

“The Sedition Act is reportedly used in a way that prevents Malaysians from expressing and debating, freely and openly, a diverse range of political opinions and ideas,” they continued.

“It is time for Malaysia to adjust its legislation, including the 1948 Sedition Act, to be in line with international human rights standards, and take firm steps towards the effective enjoyment of the right to freedom of expression.”

According to the UN Human Rights Council, there have been at least 23 recent reported cases of persons charged with sedition – including elected members of Parliament, politicians, human rights defenders, academics, lawyers, students and journalists – for publishing or disseminating information and ideas through the Internet or traditional media.

On that note, the Act itself has been addressed by UN human rights experts on several previous occasions, with the first Special Rapporteur on freedom of opinion and expression, Abid Hussain, noting that it could suppress expression and curb peaceful assembly.

Independent experts are appointed by the Geneva-based Council to examine and report back on a country situation or a specific human rights theme. The positions are honorary and the experts are not UN staff, nor are they paid for their work. 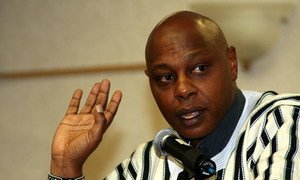 A group of independent United Nations human rights experts today warned that a new bill in Malaysia restricts the right to peaceful assembly with measures such as a ban on street protests and conditional access for media to public gatherings.