It’s that time of year when thrilling images of the United Nations General Assembly in action – high-level meetings and a host of special events featuring the world’s political and diplomatic elite – blanket the world media, side-by-side with reports of the who, what, when and where of the moment.

And while the presidential motorcades may be scarce and the massive cement barricades may have disappeared, the UN camera crew is still hard at work bringing the story of the United Nations to the world – (mostly) live and in all the vivid colours of the Organization’s 193 Member States.

Courtesy of this dedicated team of 12 men and women, with the flip of a switch, you can be an integral part of the UN’s diplomatic buzz – from the annual gridlock and media crush that heralds the Assembly’s high-level mid-September opening session, to the protracted late-night negotiations over the Organization’s budget in December.

While it’s easy to take the interconnectedness of the world for granted, when the UN first came into being, dispatches were static and terse. Camera work was laborious and time-consuming. It took hours to get things set up and editing was done in a dark studio. Today, with point and shoot, high definition and some 70 robotic cameras, things move along at a brisk clip with a dramatic increase in quality.

“The larger rooms, such as the Security Council, GA Hall and the Trusteeship Council can each handle up to six robotic cameras,” 30-year veteran Brian Walshe told the UN News Centre , explaining that he simultaneously adjusts irises, pedestals and colours of all the robotic cameras.

“Don’t worry,” he adds, “I was the youngest guy on staff when I started and can multitask very easily.” Clearly he speaks the truth.

Asked what he would consider a challenge and without missing a beat, he responded, “When something brakes, and you have to devise a solution on the fly so that the viewer at home never knows it happened.”

And stress? “We’ve had some major events at the UN, including two popes, with extensive set-ups. Each involves a tremendous amount of pressure.” Fortunately, he asserts, “I thrive on that.”

Unlike most people, camera operators get to see many luminaries up close and learn first-hand news that others discover only later. UN camerawoman Melanie Baker-Futorian elaborates, “Being privy to information before anyone else in the whole world knows it is amazing.” 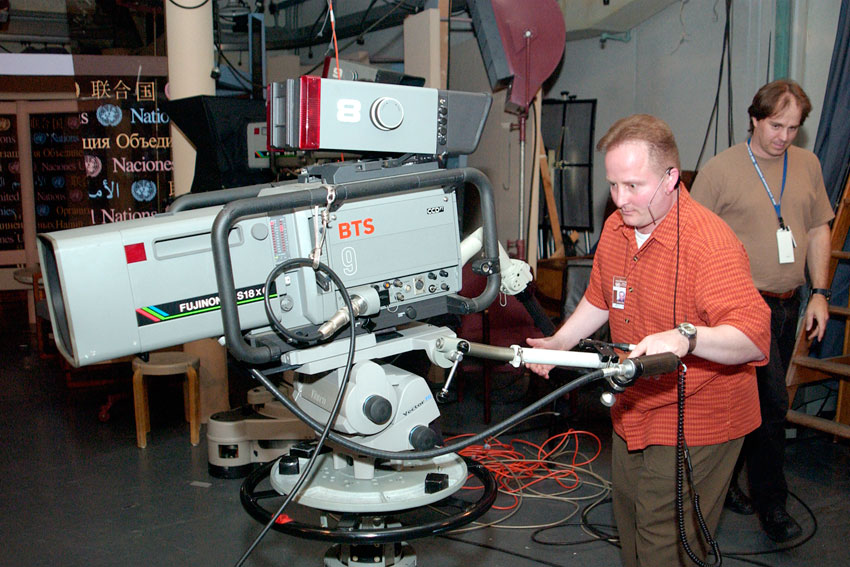 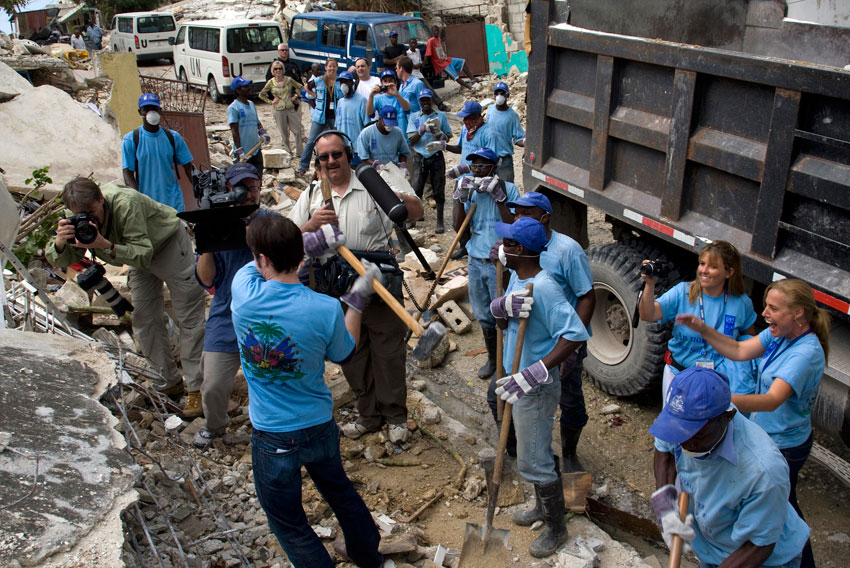 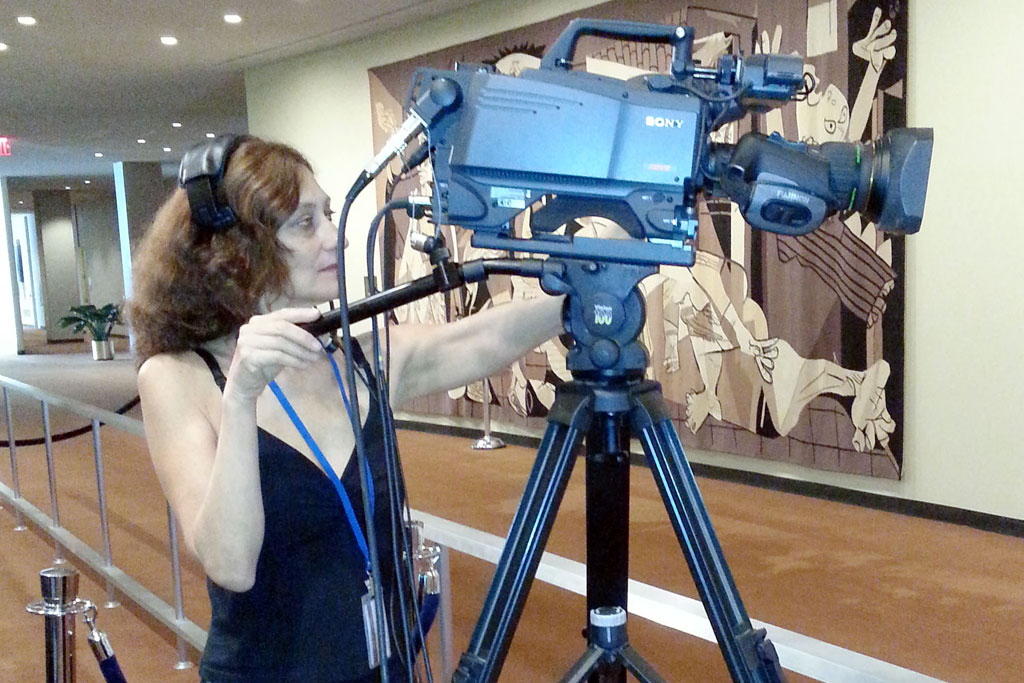 Melanie Baker-Futorian sets up outside the UN Security Council to cover the outcome of the meeting. Photo: Liz Scaffidi

A peacekeeper with the UN Mission in the Democratic Republic of the Congo (MONUC) tries out his hand with a video camera used by the Mission's public information officers (April 2008). UN Photo/Marie Frechon 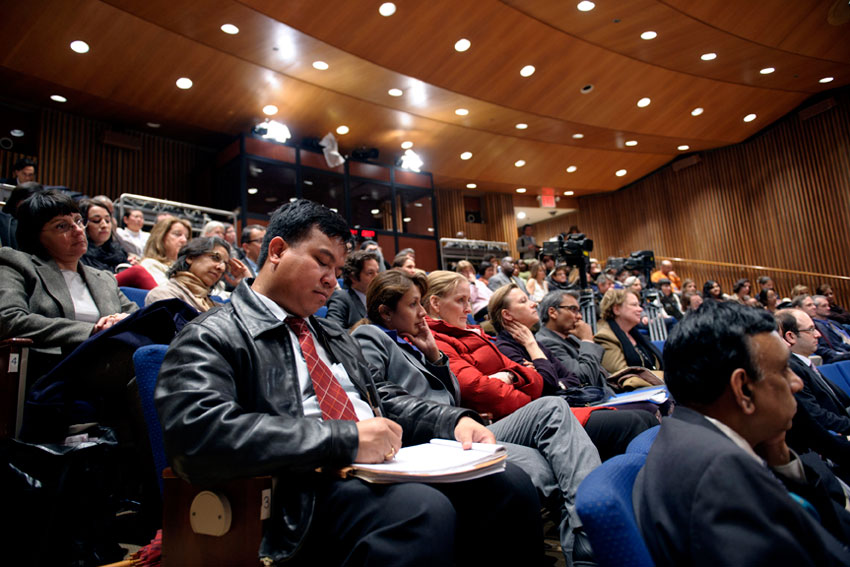 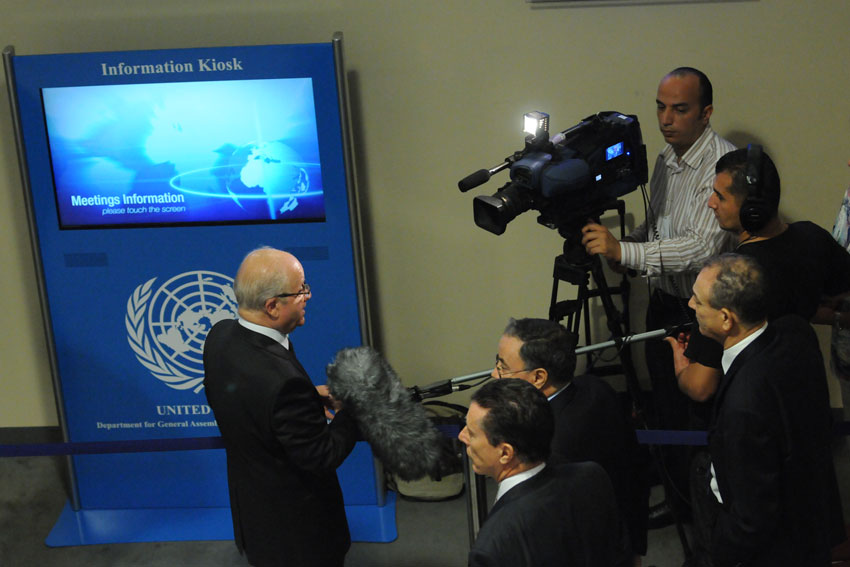 A diplomat speaks to journalists at UN Headquarters during the annual general debate of the General Assembly (September 2011). UN Photo/Susan Markisz 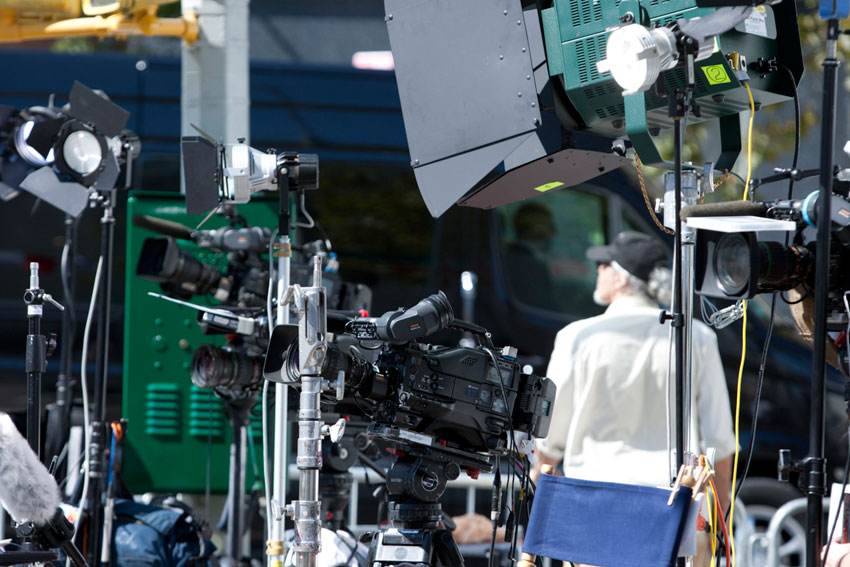 She notes excitedly how “electrifying” it is to see presidents, ambassadors and other important people. “When the Secretary-General comes out and walks directly over to you and shakes your hand it is a real thrill and a pleasure.”

Mr. Walshe recalls the excitement he felt when Fidel Castro stood “about four feet” in front of him. “I was a little boy during the Cuban Missile Crisis. We used to hide under our desks in nursery school, worried that the world was going to blow up. When filming Castro, I remember pulling the camera over and actually looking right at his eyes because I wanted to see that person, who was literally right there!”

Though often tinged with danger, the Organization’s work in the field is most remarkable – it is where “you get to see what the UN really does,” emphasizes Mr. Walshe.

“I was in Disneyland when the Tsunami hit (in 2004). I got a phone call and 48 hours later I was on my way to spending the next month in Sri Lanka dealing with thousands of deceased victims and being a part of the UN supporting those people,” he recounts.

“In the middle of Africa, I’ve seen planes come in every hour to keep thousands of people alive. If the planes do not get in, they will perish within a week,” he continues.

UN camera operators are more than steady hands recording video; they are the watchful eyes chronicling the spirit of the United Nations.

There is more to UN Security than the dashing blue uniforms seen patrolling the gates of the diplomatic centre of the world: UN Headquarters in New York.