At Global Citizen Festival, Ban tells crowd ‘a better world is around the corner’

Surrounded by a roaring crowd of an estimated 60,000 people, United Nations Secretary-General Ban Ki-moon was joined last night by a star-studded roster of the world's leading performers as he helped kick-off the third annual Global Citizen Festival – a celebration of global unity and a reaffirmation of the will to address the planet's most pressing issues.

“Our world needs more solar power and wind power,” the Secretary-General declared from the stage in New York's Central Park. “But I believe in an even stronger source of energy: People power!”

Already in its third year, the Global Citizen Festival was initiated by the Global Poverty Project which is campaigning to secure new commitments to health, education, women's equality and global partnerships. The enthusiastic audience had received free tickets to the concert online after helping to spread the word or by volunteering to help end poverty.

Coinciding with the high-level segment of the UN General Assembly, which opened at the world body's Headquarters this past Monday, the Festival has almost become an unofficial side event to the Assembly itself and has attracted a host of world leaders who have voiced their commitment to the issues of sustainable development, poverty and climate change. 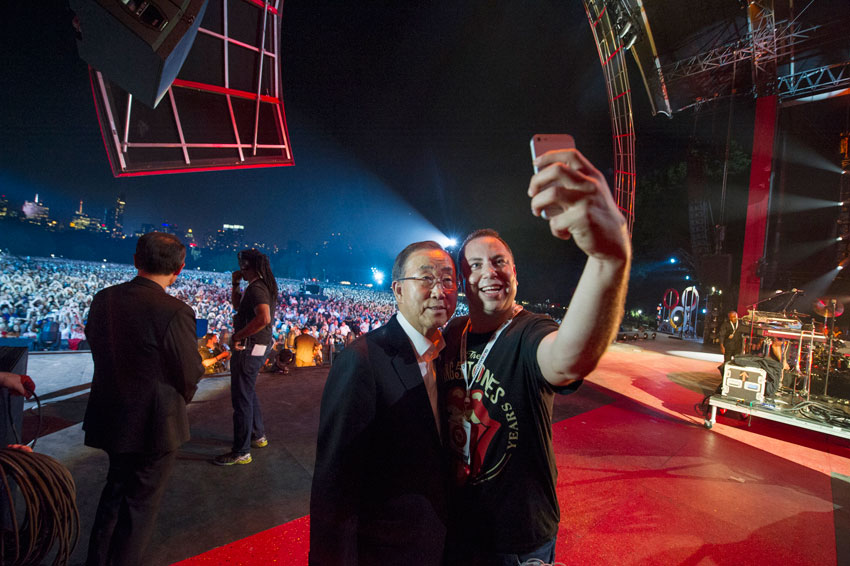 Secretary-General Ban Ki-moon (left) takes a "selfie" with one of the organizers of the third annual Global Citizen Festival. UN Photo/Eskinder Debebe 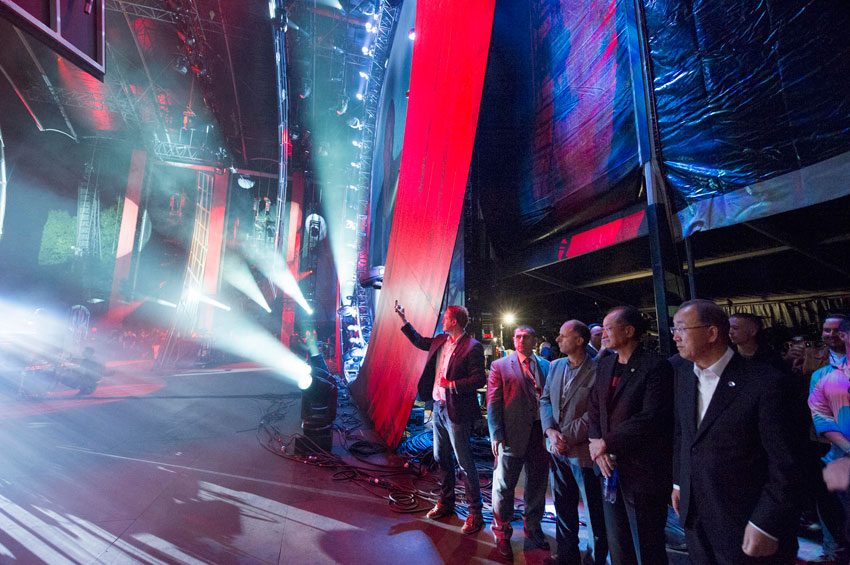 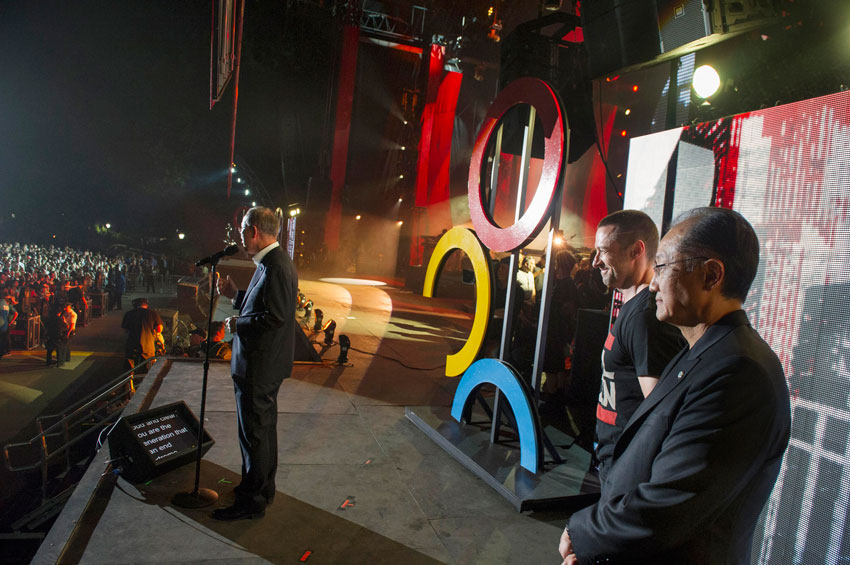 Secretary-General Ban Ki-moon speaks to the crowd telling attendees that they could "end extreme poverty by 2030" and that "a better world is around the corner". UN Photo/Eskinder Debebe 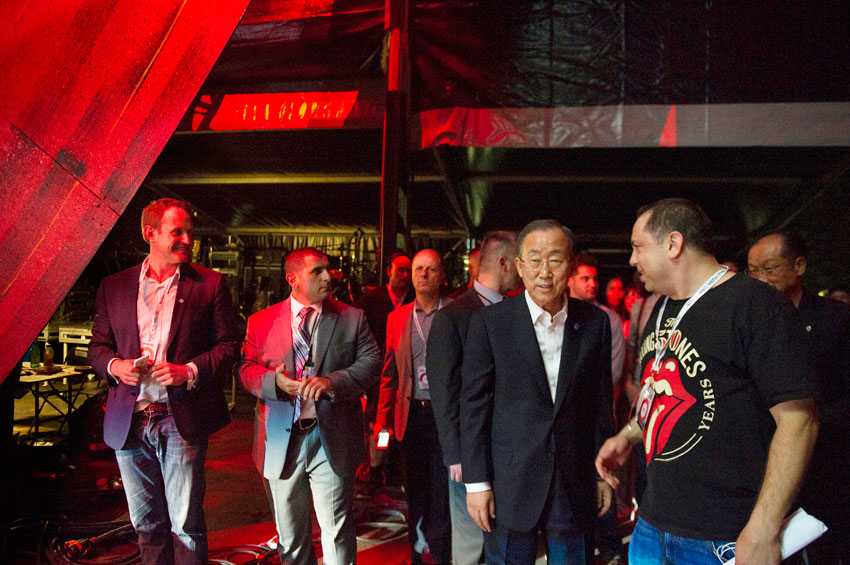 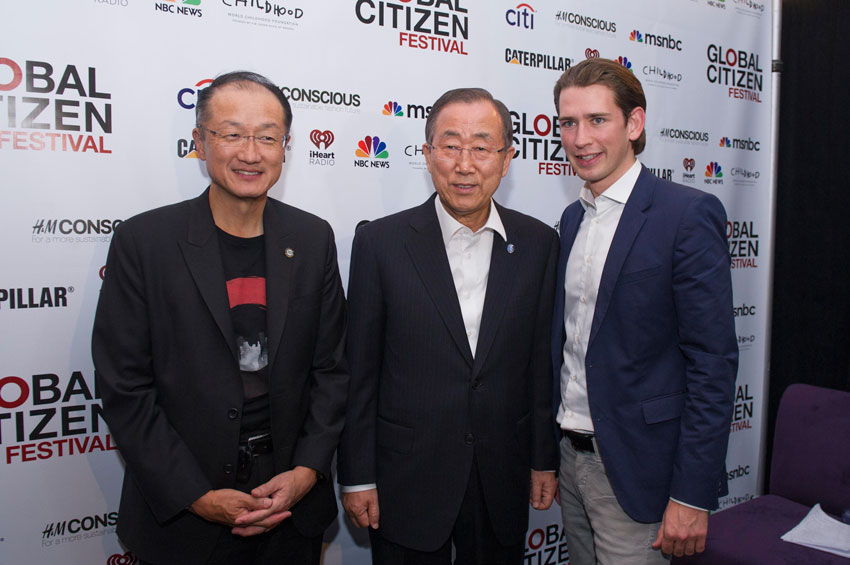 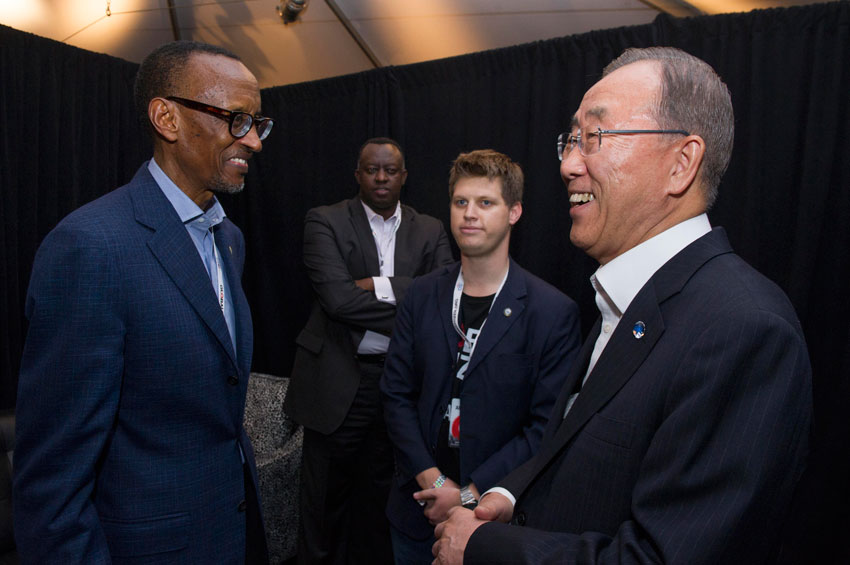 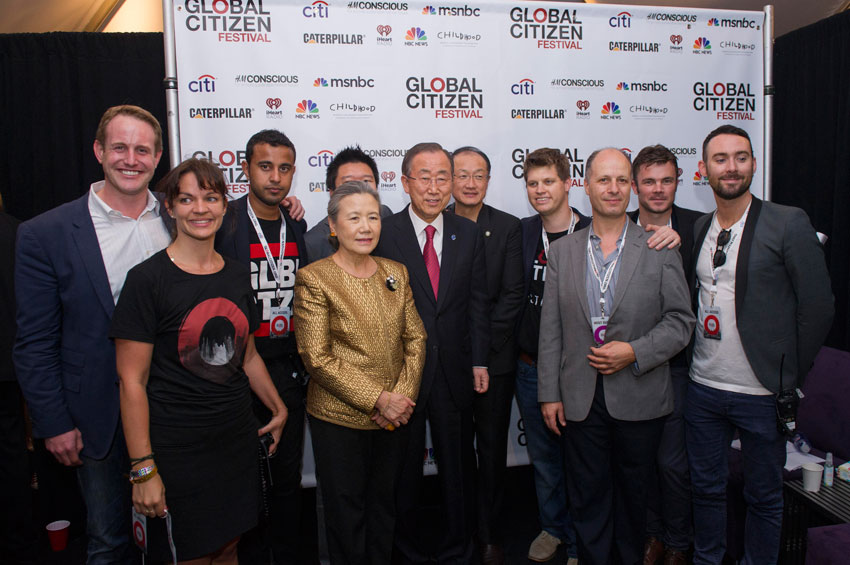 “The United Nations has heard your voices tonight loud and clear. You are the generation that can end extreme poverty by 2030,” Mr. Ban declared.

“I commit to challenge world leaders to develop the most ambitious set of sustainable development goals. And I commit to bring your voices to the table.”

With less than 470 days left to achieve the eight anti-poverty targets known as the Millennium Development Goals (MDG's), the Secretary-General has presided over numerous high-level meetings and side events throughout the course of the week with a specific focus on tackling the overwhelming peace and security, development and climate issues facing the world.

Nevertheless, to the tune of Jay-Z, No Doubt, Fun, and Carrie Underwood, Mr. Ban reassured the crowd that hope was on the horizon.

“A better world is around the corner,” he said. “As united nations – as united global citizens – let's commit to get there together!”

Warning that the world’s “fasten seat belt” light is illuminated, Secretary-General Ban Ki-moon today opened the 69th annual debate of the United Nations General Assembly with a call for decisive leadership at a time when the ghosts of the Cold War have returned and much of the Arab Spring has gone violently wrong.