European leaders addressing the United Nations General Assembly today raised the spectre of what some saw as Russia’s largely unchallenged actions in Ukraine and the march of armed militants through large swaths of northern Iraq as emblematic of an international system in dire need of repair.

“Some people in this chamber may regard [the Ukraine crisis] as nothing more than a regional conflict. But I am convinced…this conflict affects each and every one of us. Not just any State, but a permanent member of the Security Council, Russia, has annexed Crimea, unilaterally changing the borders of Europe and thus broken international law,” said Frank-Walter Steinmeier, Minister for Foreign Affairs of Germany.

He urged efforts to counter “this dangerous signal” because the United Nations must not allow international law to be eroded from the inside. “We must not allow the old division between East and West to re-emerge in the United Nations,” he added, emphasizing that much is at stake, note only for the future of Ukraine, but for the future of international law.

An answer must be found which ushers in a lasting ceasefire and political solution based on the principles of the UN, Mr. Steinmeier continued, for as long as the conflict simmers, the dispute between Russia and the West threatens to paralyze the United Nations. “We need a Security Council that is able and willing to act in order to tackle new and, in the long term, tasks we are facing. For the world in 2014 is plagued not only be the old ghost of division, but also by new demons.”

He, next drew attention to the “unspeakable brutality” of those terrorists “misusing the name of God in carrying out their evil deeds…and drawing in young people who have grown up in the midst of our own societies.” That is why this too is not a regional conflict, or a challenge only for Iraq, Syria and Africa. “Our response must go much further than the immediate necessity of humanitarian and military responses. Germany was making substantial contributions to both, but also seeking political alliances against groups like the Islamic State in Iraq and the Levant (ISIL).

Turning to other issues, he said the international community also must tackle the “huge tasks” of the twenty-first century, namely the fight against climate change, privacy in the digital age, and the post-2015 development agenda. His country, for its part, has shifted towards using renewable energies. Germany has also taken initiative on the issue of digital privacy by introducing a resolution on the right to privacy in the digital age. The UN, he emphasized, was “worth every effort”, for in it lived the world’s hope for peace and a legal order. 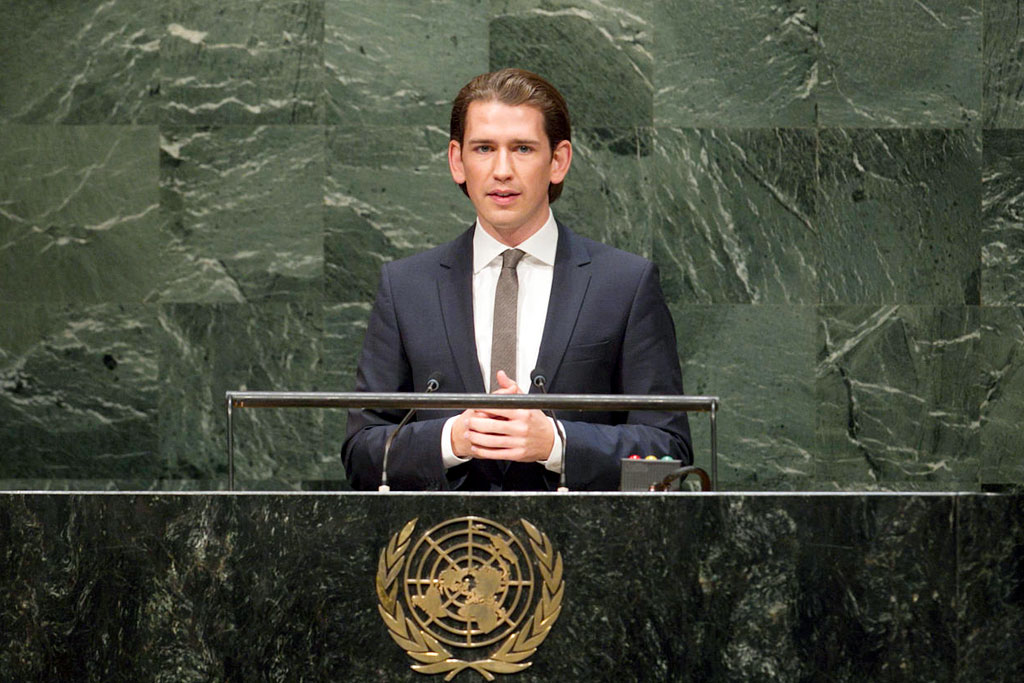 In his address, Sebastian Kurz, Federal Minister for Europe, Integration and Foreign Affairs of Austria said it was unacceptable that international law had been breached in Ukraine and that established borders had been challenged in Europe once again. “A ceasefire will not be enough; a lasting political solution resulting in a free, stable and united Ukraine is needed. There must not be a return to a divisive, cold-war mentality.”

Looking beyond Europe, the world was witnessing a rise in extremism in the name of religion, he continued. On that issue, there is no time to lose; the events unfolding in Iraq must be addressed, as the so-called “Islamic State” is attempting to eliminate entire religious communities with the aid of a new phenomenon: foreign fighters. Thousands hold European passports and benefited from global communication and financing networks, he noted.

All States have a duty to develop preventive measures to stop the flow of foreign terrorist fighters and cut off their financial support, he urged, adding that the adoption of the Security Council resolution on this issue was an important first step. 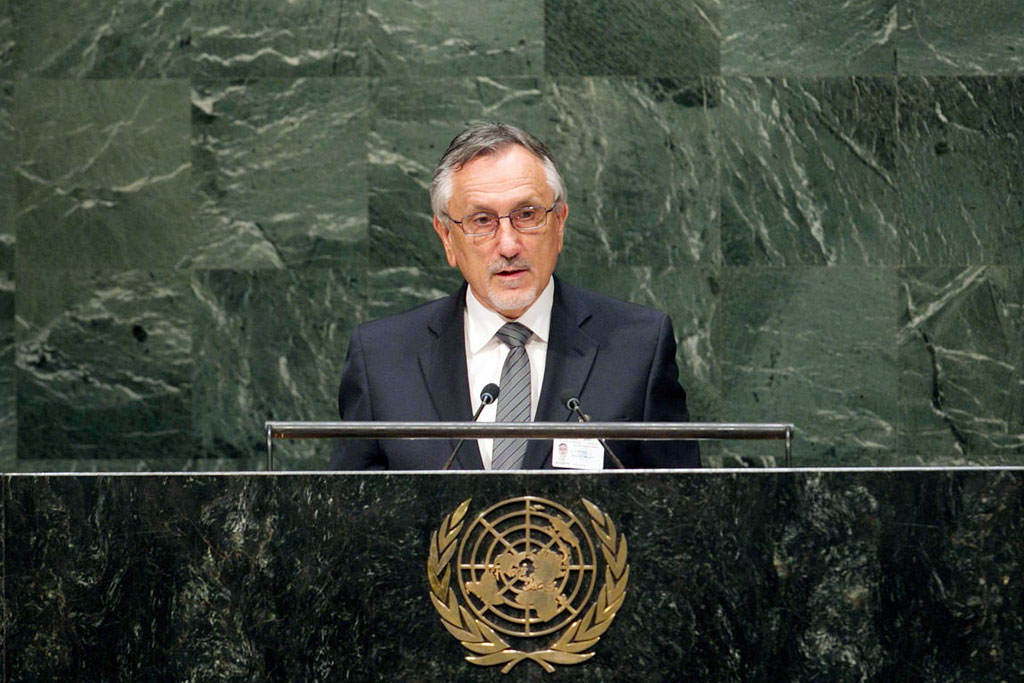 Pasquale Valentini, Minister for Foreign and Political Affairs of San Marino, condemned the commission by all parties in Syria of violations of human rights and of international humanitarian law. Concerning the Israeli-Palestinian conflict, his Government has launched appeals to both parties to silence their guns and resort to dialogue, recognizing that that was the only way to achieve a peaceful coexistence.

As for the situation in Iraq, where “ethnic and religious cleansing’ has been ongoing and carried out with unprecedented violence, he expressed hope that interventions be coordinated under the United Nations’ auspices.

He also called attention to migration issues caused by the war that was being fought in some parts of North Africa, as well as the massacre of migrants from Africa to Asia and in the Mediterranean. The crisis in Ukraine, he added, not only represented a serious threat to peace and security, but also had called into question the fundamental principles of territorial sovereignty and self-determination. In light of such events, he urged the international community to enable the UN to intervene to protect the people and peacefully resolve disputes among States. 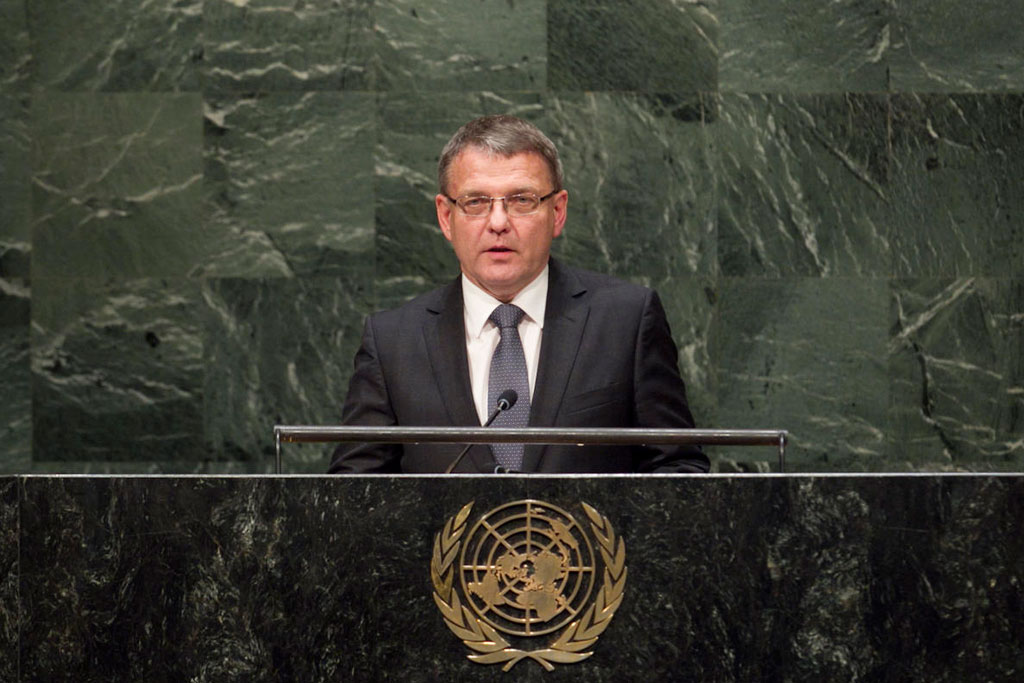 Also addressing the Assembly, Lubomir Zaoralek, Minister of Foreign Affairs of the Czech Republic, said the territorial integrity of Ukraine, guaranteed by the UN Charter and the Budapest memorandum of 1994, was violated by “the Russian annexation of Crimea and the activities of Russian-backed paramilitary separatist forces in Eastern Ukraine.” Despite the current ceasefire, “we believe that it is still the responsibility of the international community to seek de-escalation of the conflict that causes enormous suffering to the people of Ukraine.”

He went on to condemn brutal acts of violence committed by the so-called “Islamic State” against local ethnic and religious minorities, as well as the murders of two innocent journalists and a humanitarian activist. “These acts constitute war crimes and crimes against humanity.” On Iraq, he said terrorism has taken on a new dimension and must be countered with “utmost determination”. And to that end, Mr. Zaoralek welcomed the outcome of last week’s Security Council summit on foreign terrorist fighters.

On other issues, he said the first precondition for human dignity is the possibility to enjoy life without threats to physical integrity and physical suffering. “For this reason, the Czech Republic vigorously supports the ‘responsibility to protect’ with its strong dimensions of prevention and capacity-building,” Mr. Zaoralek said. 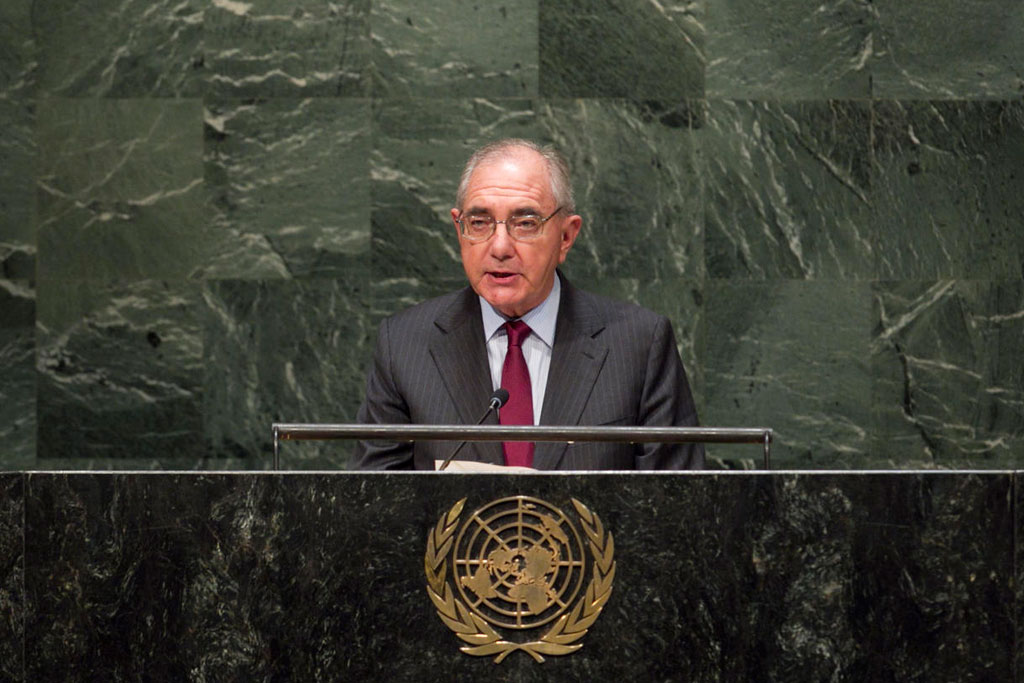 Portuguese Foreign Minister Rui Chancerelle de Machete called for a boost in partnerships to counter the crises facing the world. “We need a transformative new global partnership which mainstreams human rights and combats inequalities,” he declared.

“It should also promote peaceful, stable and just societies, advancing also the important issues of population and development. Universality and shared responsibility are key concepts in this regard,” he added.

He also decried the new threats posed by terrorists including ISIL, condemned Russia’s “illegal annexation” of Crimea in Ukraine, and appealed for strong international effort to combat the Ebola epidemic in West Africa. 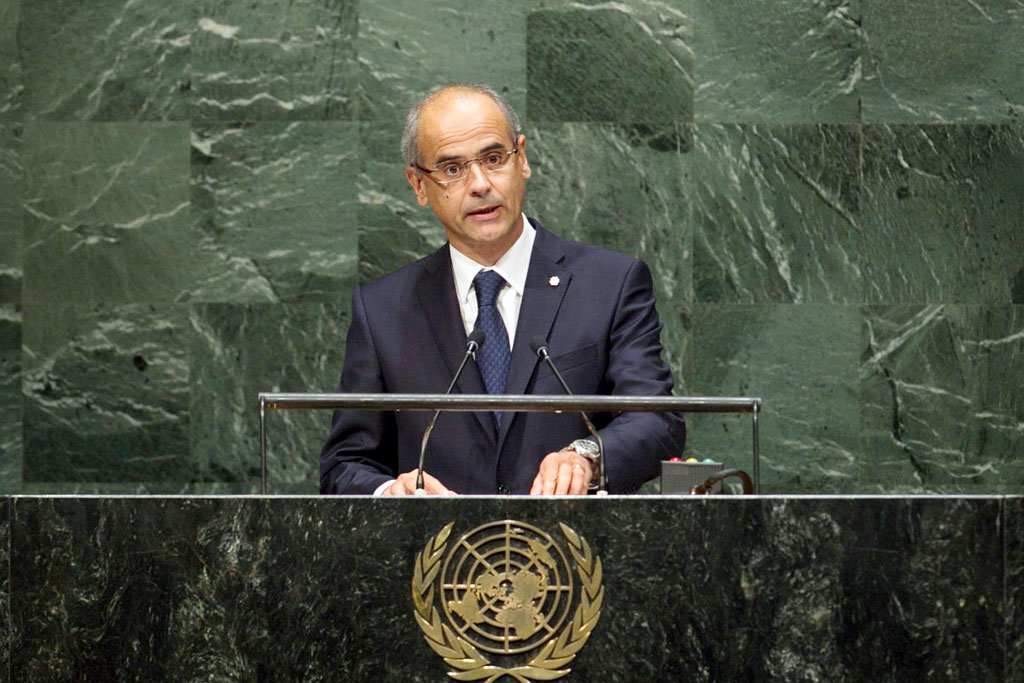 Andorra’s Head of Government, Antoni Martí Petit said today’s myriad challenges could only be resolved through multilateral approaches based on the UN Charter. Any solutions sought for conflicts – whether in Ukraine, Syria or the Middle East – which veer from the purposes of the Charter, are doomed to fail. No solution for the Ukraine that ignored international legal norms should be considered.

As for the Islamic State in Iraq and the Levant (ISIL), the threats posed by that group require a clear response from the international community. There could be no justification for the criminal acts and terrorism to which that group resorts. “There can be no double standard discourse. ISIL is savage group that murders innocent civilians…and there can be no room for inaction or impunity,” Mr. Petit declared.

He also expressed concern about the emerging threat posed by foreign fighters and said that in the long run, the international community must be prepared for a long-term combat against the voices of intolerance and sectarian division. To that end, education and other values of the United Nations must play an essential role.