UN chief to leaders: ‘The world can and must stop Ebola – now’

“The world can and must stop Ebola – now,” Secretary-General Ban Ki-moon told world leaders gathered at a special meeting held today at the United Nations to speed up the global response to the outbreak that has evolved from a public health crisis into a threat to peace and security.

“We come together today in solidarity with the people of Guinea, Liberia and Sierra Leone as they face the largest and most deadly Ebola outbreak the world has ever seen,” Mr. Ban said at the High-level Event on Ebola Virus Disease Outbreak.

The Director-General of the World Health Organization (WHO), Margaret Chan, said: “Every day, every minute, counts. We need to talk but we also need to act with speed and efficiency and in ways that deal this virus some heavy blows.”

The Secretary-General said “there is overwhelming international political momentum for the United Nations to play a leading role in coordinating the global response,” and that within 24 hours of a call for staff to deploy in the first UN mission for a public health emergency, the UN had received 4,000 applications.

More than two dozen world leaders participated in the meeting, held on the margins of the General Assembly’s annual high-level debate, including Guinean President Alpha Condé, while others like Presidents Ellen Johnson-Sirleaf of Liberia and Ernest Bai Koroma of Sierra Leone joined by teleconference. 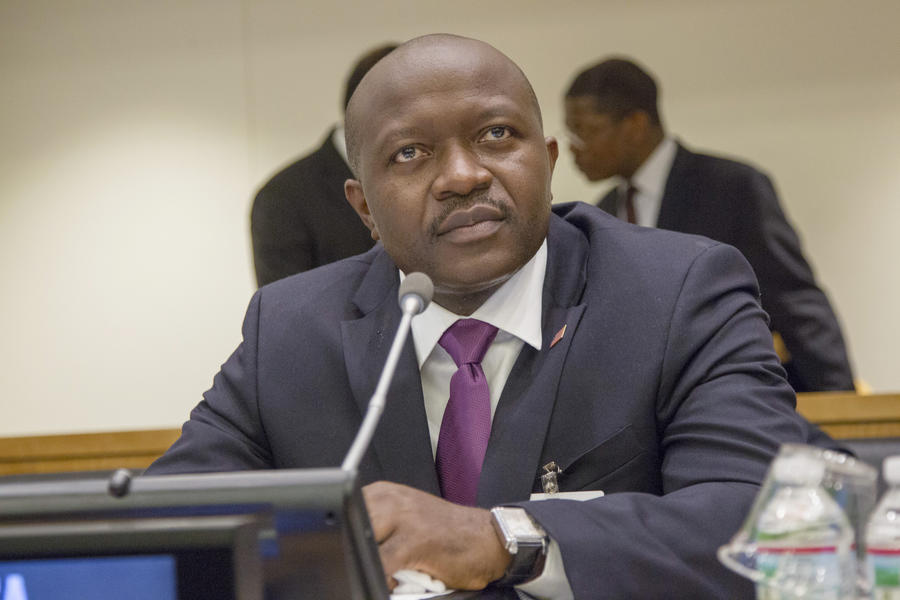 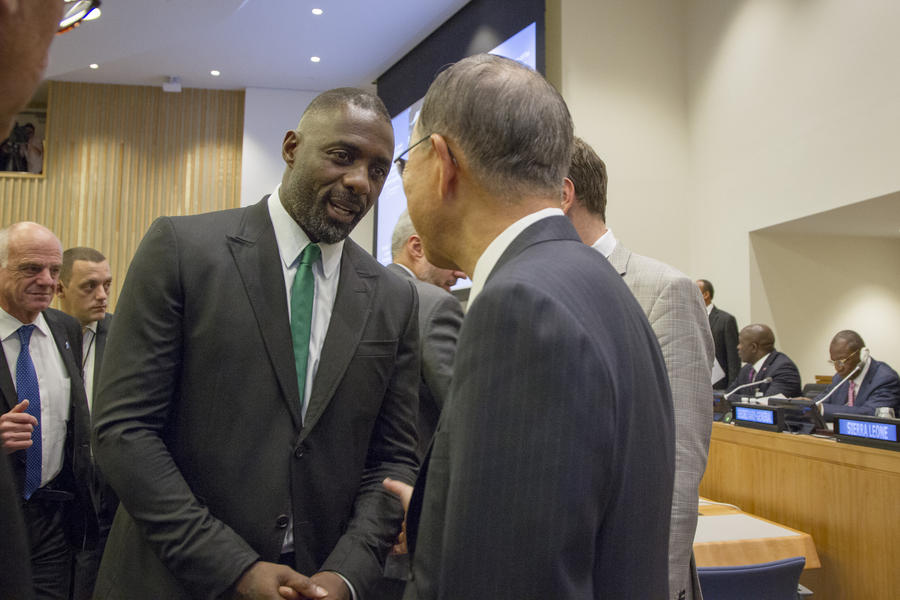 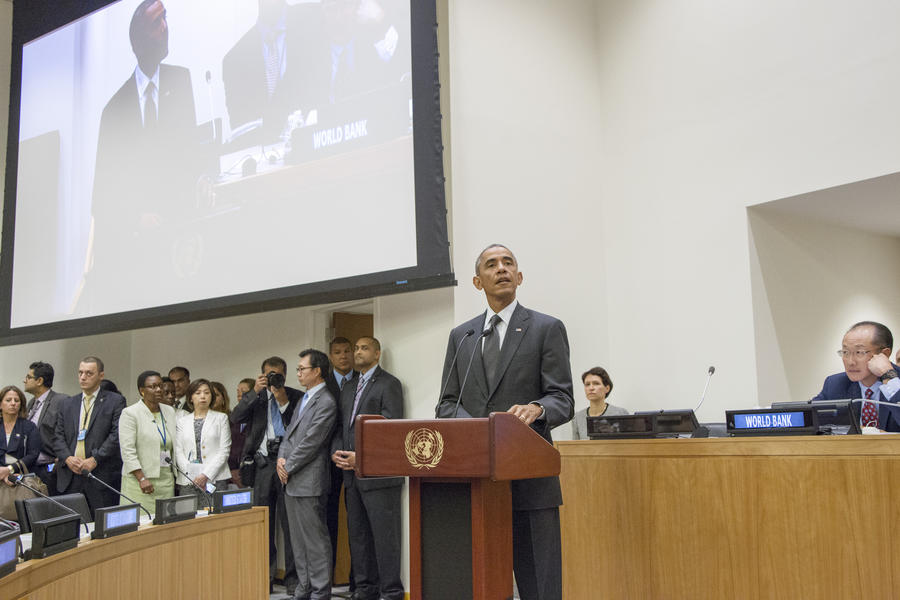 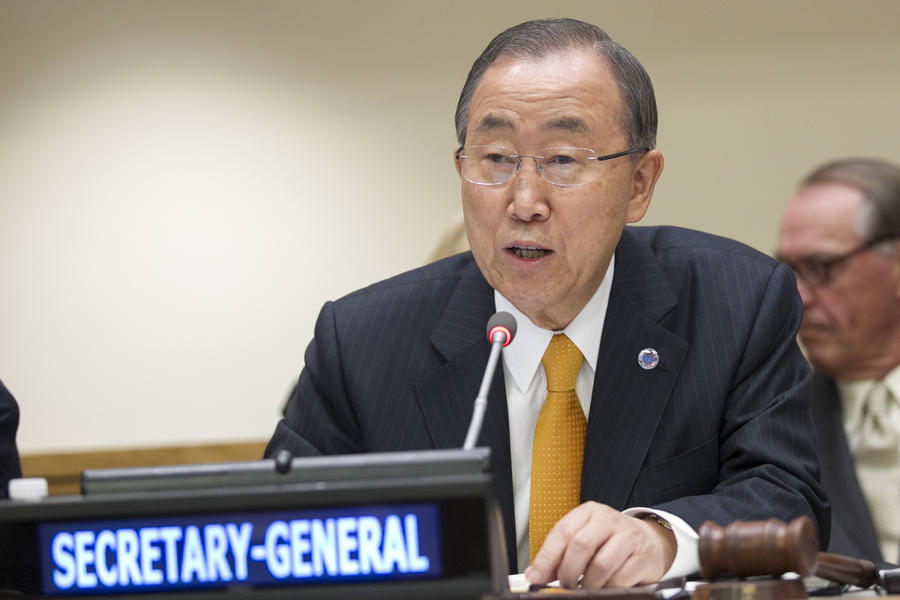 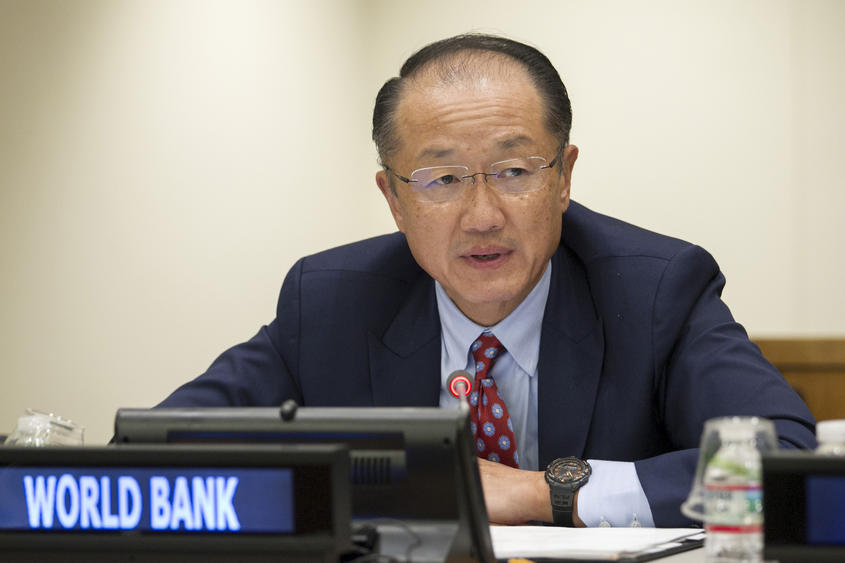 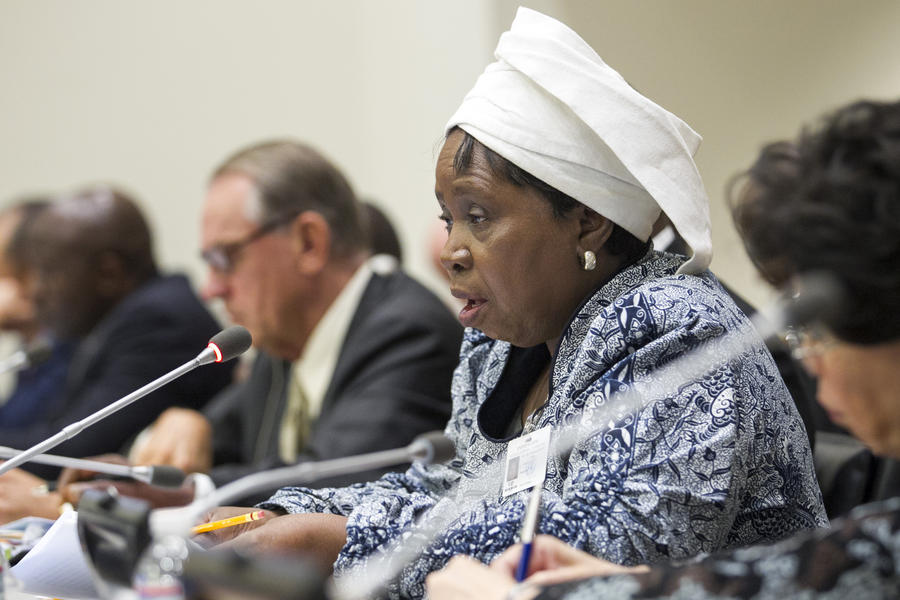 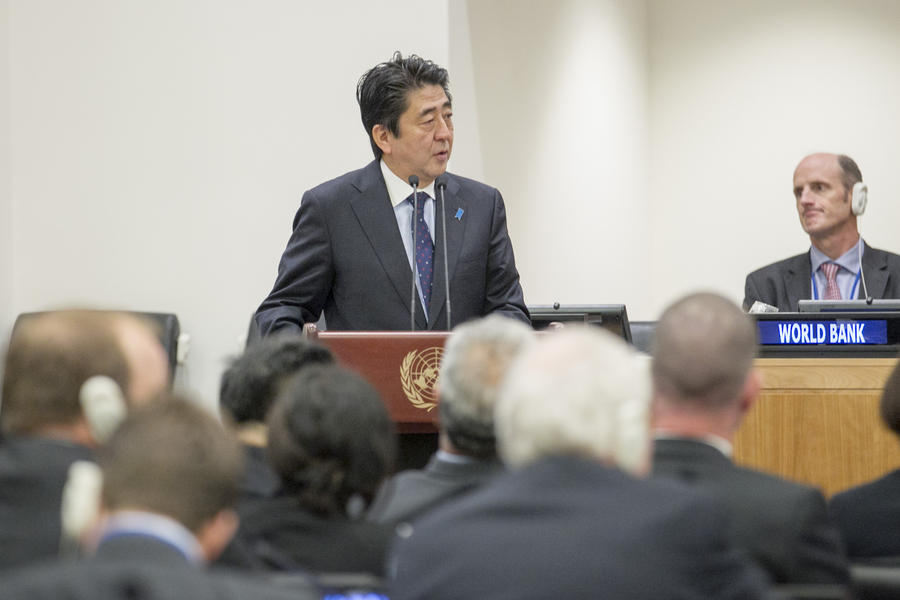 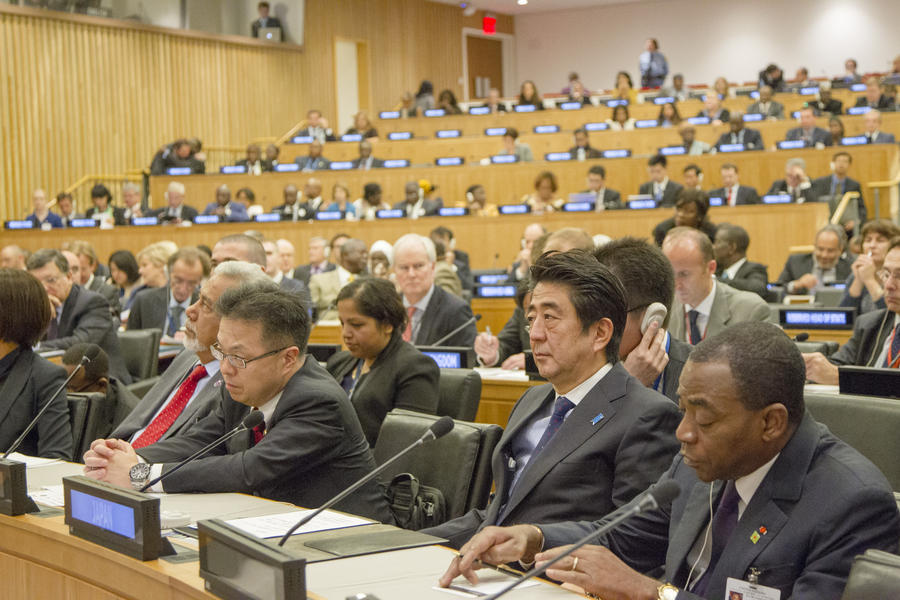 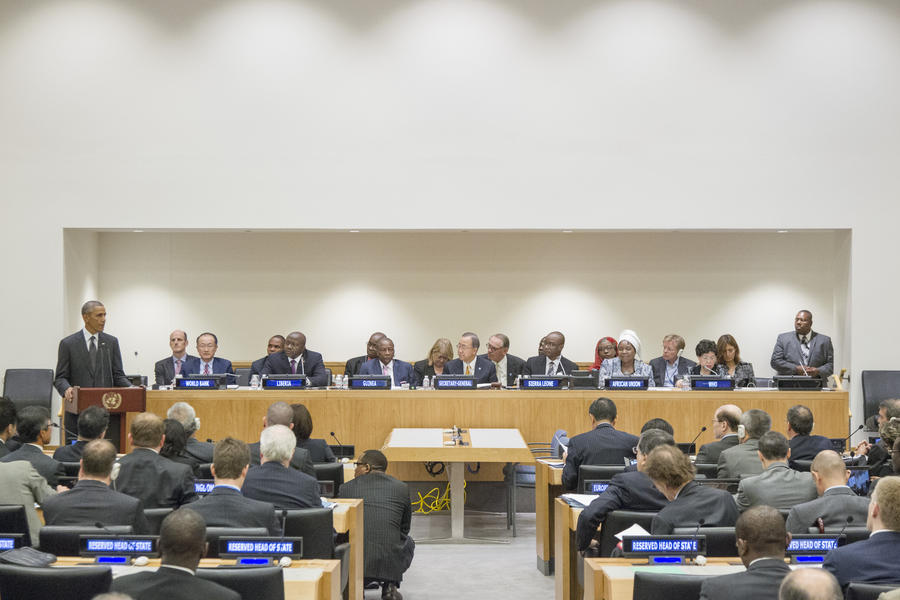 Some of the participants at the high-level meeting on the Response to the Ebola Virus Disease Outbreak. UN Photo/Rick Bajornas

All speakers flagged the need for a greater sense of urgency to respond to the outbreak, which WHO has described as “the most severe acute public health emergency seen in modern times.”

“This is a fight for all of us,” President Koroma said by video-link from the capital, Freetown.

United States President Barack Obama, whose country has offered military leadership and the establishment of a regional command and control centre in Monrovia, encouraged a faster and sustained response, saying: “It’s a marathon but we have to run it as a sprint. That’s why we all have to chip in.” He said on Friday, the White House will host 44 nations in a global health security summit.

Some, like World Bank President Jim Yong Kim, warned of the consequences of not rising to the challenge of tackling the outbreak in Africa, which the UN Security Council has declared a threat to peace and security.

“We are talking about nothing less than a potential meltdown of this continent,” said Mr. Kim, who announced that the World Bank would commit $400 million to the Ebola response in West Africa.

The German Foreign Minister, Frank-Walter Steinmeier, announced some 2,000 volunteers to combat Ebola, and Japanese Prime Minister Shinzo Abe said his country is working on an Ebola vaccine. UN Deputy Secretary-General Jan Eliasson commended Cuba for its swift dispatch of doctors in response to the outbreak in West Africa.

After the formal meeting, British actor Idris Elba – whose family is from Sierra Leone – spoke of his commitment to galvanize support for the response and commended health workers who are daily risking their lives on the ground, but said “We need more, we need more people.”

To date, Ebola has sickened 6,263 and killed 2,917 as of 21 September, according to official statistics reported to WHO by health ministries in Guinea, Liberia, Nigeria, Senegal and Sierra Leone with health experts predicting that the number will rise exponentially unless the virus is contained and controlled.

Mr. Ban convened today’s meeting to speed up the global response to contain and stop the spread of the virus, treat those who are infected, ensure essential services, preserve stability and prevent outbreaks in other countries.

The meeting follows the Secretary-General’s establishment last week of the UN Mission for Ebola Emergency Response, or UNMEER, to support prevention efforts throughout the region.

“We should consider whether the world needs a standby corps of medical professionals, backed by the expertise of WHO and the logistical capacity of the United Nations,” he said. “Just as our troops in blue helmets help keep people safe, a corps in white coats could help keep people healthy.”

The Security Council, in its first emergency meeting on a public health crisis, today declared the Ebola outbreak in West Africa a threat to peace and security, as Secretary-General Ban Ki-moon announced that the United Nations will deploy a new emergency health mission to combat one of most horrific diseases on the planet that has shattered the lives of millions.