UN experts urge real dialogue with children about their rights, decisions that affect them

A group of United Nations independents experts today called on governments to make renewed efforts to ensure that children’s views are heard and taken into account.

“There has been significant progress regarding children’s rights in the past quarter of a century but too many children still suffer violence, exploitation and neglect, and too many are denied the right to health or a decent education,” said Kirsten Sandberg of the Committee on the Rights of the Child, which reviews how countries that have promised to implement the Convention actually do so.

“Children need to be part of the search for solutions to the many problems our world faces,” said Ms. Sandberg, who chairs the Committee composed of 18 independent human rights experts.

As part of the Committee’s efforts to engage with children, members will tomorrow hold a Google+ Hangout with young people in 14 countries to discuss what matters to them regarding their rights.

“Today’s young generation is growing up in a world where climate change is evident,” Ms. Sandberg said. “New technologies are changing children’s lives dramatically, bringing opportunities for them to learn, to be engaged and to socialize, but also posing new challenges.”

Today’s statement from the Office of the High Commissioner for Human Rights (OHCHR) comes for 25th anniversary of UN Convention on the Rights of the Child, adopted by the UN General Assembly on 20 November 1989.

The Convention, ratified by 194 countries, stipulates that children’s rights include the right to life, health, and education, as well as to a family life, to be protected from violence, to not be discriminated against and to have their views heard. 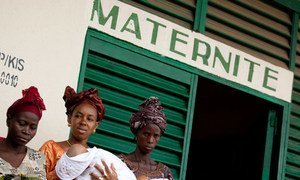 While child survival rates have increased dramatically since 1990, one million babies each year do not see their second day of life, many succumbing to complications during labour and delivery that could be easily prevented with simple, cost effective interventions, according to a report released today by the United Nations Children’s Fund (UNICEF).