The United Nations and the League of Arab States today signed an agreement to strengthen the protection of children affected by armed conflict in the Arab world.

The cooperation agreement, signed by UN Deputy Secretary-General Jan Eliasson and Arab League Secretary General Nabil Elaraby in New York, is part of the efforts of the Office of the Special Representative for Children and Armed Conflict to engage with regional bodies on this important issue.

“The United Nations is strengthening our valuable partnership with the League of Arab State. I welcome this agreement as an important tool to join forces to address the extremely serious issue of children affected by armed conflict,” said Mr. Eliasson.

Mr. Elaraby said the initiative aims to achieve a common goal of the Arab League and the UN: “an Arab world where children – the future of our region – can grow up in peace.”

The Arab world has witnessed numerous political and social changes in recent times and it is of utmost importance that the protection and the rights of children remain a priority, according to a press statement.

“I’m looking forward to working with the League of Arab States to operationalize this agreement that has the potential to make a real difference in children’s lives,” said the Special Representative for Children and Armed Conflict, Leila Zerrougui.

These advances include increased global awareness of the issues concerning children affected by armed conflict, as well as development and strengthening of international norms and standards for the protection of children.

Beyond the UN, regional organizations such as the African Union and the European Union have begun to implement the commitments that they have made to children in the context of their own peacekeeping, peacemaking and peacebuilding initiatives. 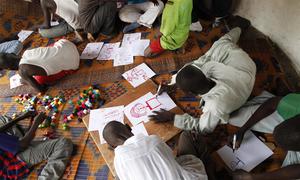 The rights of children are being violated in conflict situations with total impunity, a United Nations official said today, as she presented a report on grave abuses committed against children in places such as Iraq, Syria, South Sudan, Nigeria and the Central African Republic (CAR).