UNHCR/A. d'Amato
Syrian refugees are rescued in the Mediterranean Sea, but others are not so fortunate.

19 September 2014
The UN’s top human rights official today urged Egypt and other North African and European States to help bring to justice the people smugglers who allegedly deliberately sank a boat causing the deaths of hundreds of refugees and migrants in last week’s “truly horrendous incident” in the Mediterranean.

“It is the duty of States to investigate such atrocious crimes, bring the perpetrators to justice, and even more importantly to do more to prevent them from happening in the first place,” High Commissioner for Human Rights Zeid Ra’ad Al Hussein said in a press release issued in Geneva.

“All the countries in the Mediterranean must make a concerted effort to clamp down on the smugglers who are exploiting one of the most vulnerable groups on the planet and endangering their lives, virtually on a daily basis, purely for financial gain,” he said.

In the press release, which contained a wider analysis of the need to tackle the root causes of migrant and refugee movements, the High Commissioner stressed that it was crucial to bring to an end the prevailing impunity surrounding such crimes, and he urged States to do more to address the core issues driving people to make such dangerous journeys.

“The callous act of deliberately ramming a boat full of hundreds of defenceless people is a crime that must not go unpunished,” he said “If the survivors’ accounts are indeed true – and they appear all too credible – we are looking at what amounts to mass murder in the Mediterranean.”

Similar efforts, he said, should also be made to punish and deter such crimes in other parts of the world, including the Gulf of Aden, Indian Ocean and Caribbean, as well as those carried out against migrants and refugees using land routes.

“All countries would throw the full weight of their police forces and justice systems behind an investigation if the victims were their own citizens and were killed by criminal gangs on their own soil,” Zeid said.

“The reaction should not be any less rigorous just because the victims are foreigners and the crime took place on the high seas. Yet very few people who kill, rape or rob migrants during their journeys end up in court.”

According to the survivors interviewed by the International Organization for Migration (IOM), the migrants and refugees first embarked on a boat in the Egyptian port of Damietta. The passengers included a substantial number of Palestinians, many of them from Gaza, along with Egyptians, Syrians, Sudanese and possibly other nationalities.

All witnesses interviewed so far told IOM staff that the smugglers who deliberately rammed the boat far out to sea between Malta and Greece were either Egyptian or Palestinian.

“This is a truly horrendous incident,” Mr. Zeid said.

The High Commissioner urged the Greek, Maltese and Italian authorities to share information on the identity of the smugglers with the Egyptian authorities, who he said should immediately also launch a full and thorough investigation.

While recognizing the complexity of modern migration movements, Mr. Zeid urged all States to remember that migrants have the same rights as all other human beings. He stressed that the root causes of such tragedies must be tackled by the relevant States and by the international community.

“Far too many refugees and migrants are dying all across the world in an effort to flee conflict, systematic political oppression and human rights violations, including economic deprivation. These root causes in their countries of origin must be tackled in a concerted manner,” Zeid said. 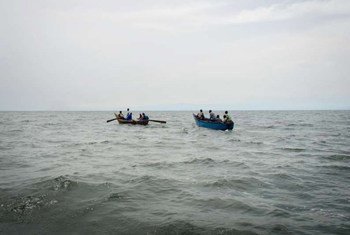 26 August 2014
The past few days have been the deadliest this year for people making irregular crossings on the Mediterranean from North Africa to Europe, with the United Nations Refugee Agency (UNHCR) reporting that at least 300 people have died in successive boat tragedies.