Despite being endowed with renewable energy sources – like wind, sunshine and waves – small island developing states remain heavily reliant on imported fossil fuels, a practice that the United Nations says can be reversed through durable partnerships.

“SIDS are creating opportunities and examples that, if replicated worldwide, could lead the transition from fossil fuel energy to renewable and sustainable energy,” said John Ashe, UN President of the General Assembly, in his opening address in Apia, Samoa, to the High-Level Event on Sustainable Energy For All.

The meeting carries the name of Secretary-General Ban Ki-moon's initiative to ensure universal access to modern energy services, double the global rate of improvement in energy efficiency, and share renewable energy globally by 2030.

These three goals have special relevance for small island nations which face inflated energy costs due to remoteness, small size, and vulnerability to climate change. Many of the estimated 20 per cent of people worldwide who live without access to electricity are islanders.

“Sustainable energy for all is an important tool for eradicating extreme poverty, creating economic opportunity, combating climate change and supporting sustainable development,” Mr. Ban said in his keynote address to the event organized on the margins of the Third International Conference on Small Island Developing States.

“But we need all stakeholders to act together across all relevant sectors,” he added stressing the conference's theme of creating genuine and durable partnerships with small island nations.

Mr. Ban noted that today's event, which takes place in the first year of the UN Decade of Sustainable Energy for All, is an opportunity to “take stock” of progress towards achieving sustainable energy for all by 2030.

He said that the world needs to see examples of cutting greenhouse gas emissions and sustainable energy sources so that it can draw inspiration and follow suit.

Calling for “bold actions and ideas” and “strong political vision and political will,” Mr. Ban encouraged participants to attend his Climate Summit in New York later this month. The UN hopes to raise at least $10-15 billion during that summit for the flagship Green Climate Fund created to support developing countries on their path to low-emission and climate-resilient development.

Addressing journalists earlier in the day, Mr. Ban said that multi-stakeholder partnerships taking place this week and the ones expected at the Climate Summit “will provide the key to unlocking the future we want.”

He added that the global community is now building on “the great waves of momentum from Samoa's ocean shores” to seek development plans that can provide a life of dignity for all.

Right after the press conference, Mr. Ban addressed UN system leaders in a high-level meeting of the Chief Executives Board (CEB) with participation of many of the 29 UN agency heads.

Mr. Ban said he wanted to hold the meeting here “to ensure and to urge our United Nations agencies to work as one team to reflect the decisions and recommendations of this SIDS Conference and communities.”

Also on Monday, Mr. Ban met with Zhang Yesui, Special Envoy of the President of China to SIDS Conference. According to a UN spokesperson, they discussed climate change issues, including the Climate Summit and the Green Climate Fund.

♦ Receive daily updates directly in your inbox - Subscribe here to a topic.
♦ Download the UN News app for your iOS or Android devices.
samoa 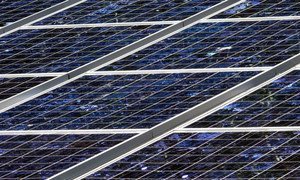