Two senior United Nations officials today condemned in the strongest terms the “barbaric acts” of sexual violence and “savage rapes” the armed group Islamic State (IS) has perpetrated on minorities in areas under its control.

"We are gravely concerned by continued reports of acts of violence, including sexual violence against women and teenage girls and boys belonging to Iraqi minorities,” Ms. Bangura and Mr. Mladenov said.

“Atrocious accounts of abduction and detention of Yazidi, Christian, as well as Turkomen and Shabak women, girls and boys, and reports of savage rapes, are reaching us in an alarming manner," Ms. Bangura and Mr. Mladenov stated, pointing out that some 1,500 Yazidi and Christian persons may have been forced into sexual slavery.

The officials condemned, in the strongest terms, the explicit targeting of women and children and the barbaric acts IS has perpetrated on minorities. Acts of sexual violence are grave human rights violations that can be considered as war crimes and crimes against humanity, they warned.

Mr. Mladenov called on regional Governments and the wider international community for the immediate release of the women and girls held in captivity and to support the Government of Iraq’s efforts to protect its citizens. He pledged that his Office would closely monitor the situation to ensure accountability and advocate for support to the survivors of the “barbaric acts.”

Meanwhile, on the humanitarian front, the UN World Health Organization (WHO) today said it is supporting delivery of urgently needed services to tens of thousands of people still trapped on Sinjar Mountain. 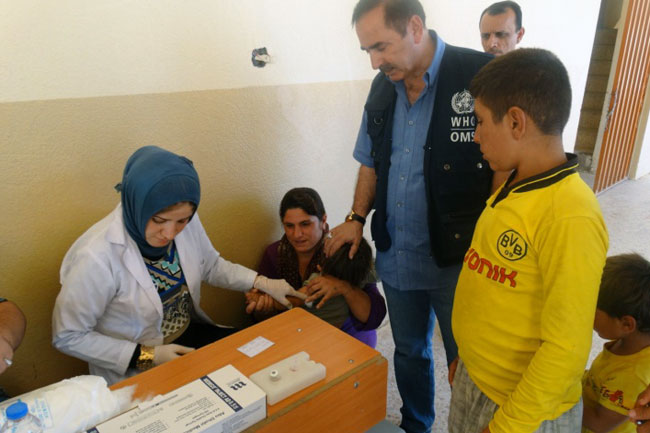 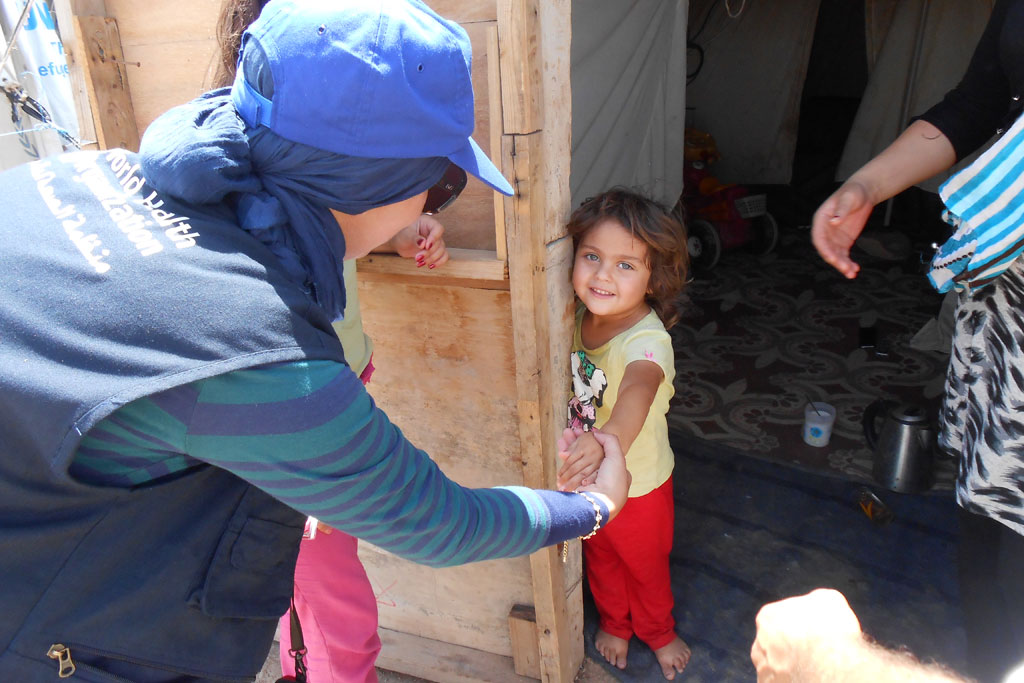 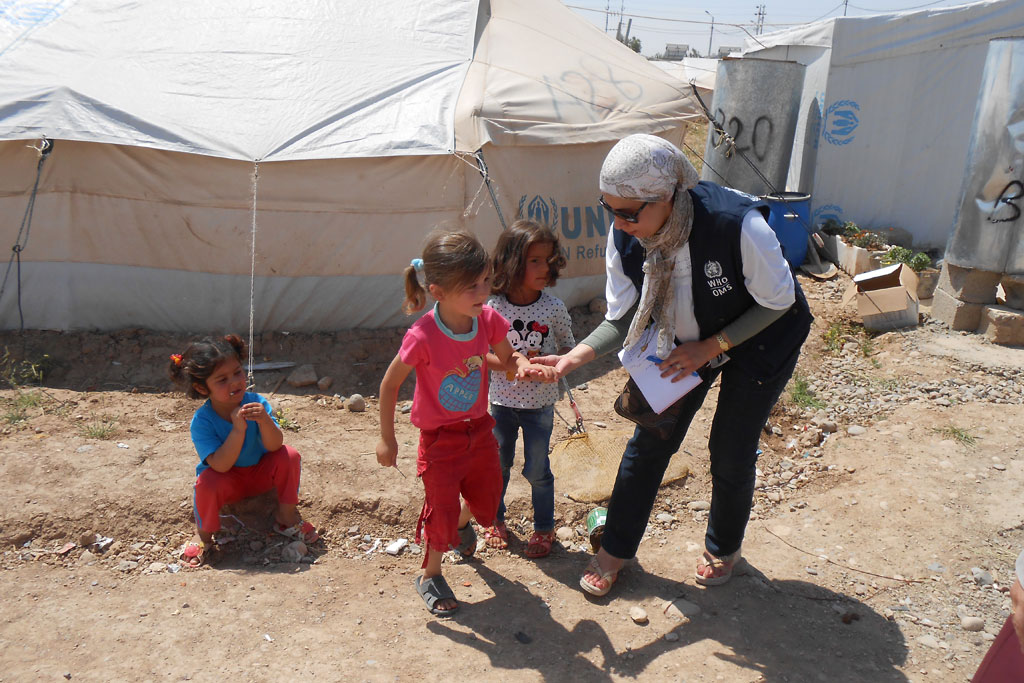 World Health Organization staff during a polio immunization drive for displaced Iraqis in Dohuk. Photo: WHO

“The humanitarian situation of the civilian population on Sinjar Mountain is alarming due to the narrow corridors for transporting essentials such as medicines, food and water, especially with the soaring temperatures which are reaching up to 111 degrees Fahrenheit (44 degrees Celsius),” said Dr Jaffar Hussain, WHO’s Representative to Iraq.

So far, WHO has deployed two mobile medical teams to Sinjar Mountain to provide essential services and distribute high-protein biscuits to people still stranded there. The two teams will be stationed there until the evacuation of all displaced people from the mountain.

In the last several days, more than 60,000 have crossed the Feshkhabour border-point through Syria to enter back into Iraq at Dohuk. The threat of disease outbreaks in crowded shelters there is very present, Mr. Hussain warned. Plus, people suffering from noncommunicable diseases, like diabetes and cancer, need urgent care. Mothers still need to deliver babies, he added.

Currently, ten mobile medical teams are in Dohuk to provide essential healthcare. All hospitals are on high alert and require space prepared to receive patients among the new families arriving. WHO has also recruited 50 nurses to support local teams.

At the Iraqi-Syrian border point of Feshkhabour, 16 ambulances, two medical doctors and 10 paramedics are providing care. WHO, in conjunction with the Iraqi Ministry of Health and UNICEF, is undertaking a five-day polio vaccination campaign across the country, with the aim of immunizing 4 million children under the age of 5 years.

WHO is also making contingency plans for the delivery of medical supplies into Iraq after several airlines cancelled or reduced flights into the country. Strategies being considered involve local procurement of medicines, and the use of the Mersin port in Turkey and Um Qasr Port in Basra, Iraq.

Amid spread of ‘hatred and brutality,’ Ban urges countries to do more to help Iraqi civilians

United Nations Secretary-General Ban Ki-moon today urged Iraqi security forces against intervening in the country’s political process where heightened tensions, coupled with the current security threat from the armed group, the Islamic State, could lead the country into even deeper crisis.