The UN Food and Agriculture Organization’s (FAO) Food Price Index, which measures the monthly change in international prices of a basket of 55 food commodities, averaged 203.9 points in July, down 4.4 points or 2.1 per cent from June.

“The lingering decline of food prices since March reflects much better expectations over supplies in the current and forthcoming seasons,” said FAO senior economist Concepción Calpe.

Lower grain prices “reflected excellent production prospects as well as expected abundant exportable supplies in the 2014/15 marketing season,” according to the FAO.

The FAO Vegetable Oil Price Index averaged 181.1 points in July, down 7.7 points or 4.1 per cent from June. The decline continued to be primarily driven by falling soy and palm oil prices, primarily in response to abundant supplies from the United States and South America.

Prices of dairy also fell, albeit temporarily. FAO attributed reduced import demand, including a decline in purchases of butter, by Islamic countries during the holy month of Ramadan.

Meanwhile, meat prices rose for the fifth consecutive month in July, and those for sugar remained firm.

“Livestock product markets have their own dynamics: in the case of meat, beef in particular, many exporting countries are in a herd rebuilding phase, which is limiting availability for exports and sustaining prices,” said Mr. Calpe.

A continued strong demand for meat in Asia, and particularly China, helped to edge up the FAO Meat Price Index which averaged 204.8 points in July, 3.7 points or 1.8 per cent higher than its revised value in June and 25.4 points or 14.1 per cent above the same period last year.

International sugar prices, which have been relatively volatile over the last three months as the world’s largest producer, Brazil, grabbles with a drought, and the second largest producer, India, is expected to experience below average monsoon rains. 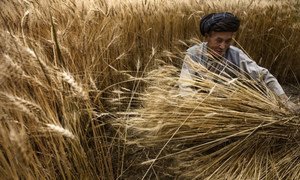