24 July 2014
The United Nations Food and Agriculture Organization (FAO) is calling for urgent action to improve the health of the world's limited soil resources to ensure that future generations have enough supplies of food, water and energy.

"Without soils we cannot sustain life on earth and where soil is lost it cannot be renewed on a human timeline. The current escalating rate of soil degradation threatens the capacity of future generations to meet their needs.”

Government officials and experts are meeting today in Rome for a three-day meeting of the Global Soil Partnership – which brings together a broad range of stakeholders stressing the need for governments to preserve soil. Under its Global Plans of Action, leaders have endorsed a series of measures to safeguard soil resources through strong regulation and investment.

"We need commitments from countries and civil society to put the plan into reality. This requires political will and investments to save the precious soil resources our food production systems depend on," Ms. Semedo said.

Experts at the conference warn that some 33 per cent of world soil is already moderately to highly degraded due to erosion, nutrient depletion, acidification, urbanization, and chemical pollution.

And the growing global population – which is expected to exceed 9 billion by 2050, resulting in a 60 per cent increase in the demand for food, feed and fibre – will put an even greater strain on land resources.

Soil represents at least a quarter of global biodiversity, and plays a key role in the supply of clean water and resilience to floods and drought. Plant and animal life depend on primary nutrient recycling through soil processes.

Some parts of Africa and South America do offer a scope of agriculture expansion. In that regard, innovative technologies and inclusive policies must empower local communities to protect their land resources, FAO says. The sustainable management of soil will also have positive impact on climate change through carbon sequestration and a reduction of greenhouse gas emissions.

Progress is in the works, FAO noted. A global soil information system is planned to measure progress made and the status of soil resources. Considering that awareness-raising and education on soil is much needed, a special programme for capacity development is also being implemented.

In addition, the first ever Status of World Soil Resources Report is set to be launched on 5 December 2015 – recently designated UN World Soil Day. The UN has also declared 2015 as the International Year of Soils to shine the international spotlight on the challenges. 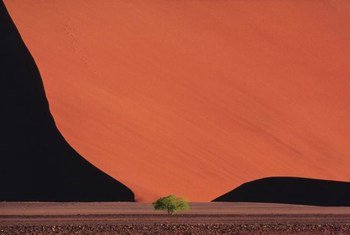