Secretary-General Ban Ki-moon today called for intensified efforts to ensure access to safe drinking water and adequate sanitation in Haiti, as he launched a new United Nations-supported initiative and met with families affected by cholera.

“As Secretary-General of the United Nations, I want to assure you that the United Nations and its partners are strongly committed to ending the epidemic as quickly as possible. We are making progress, and we will continue to pursue with all our energy our goal of freeing the country from the disease,” Mr. Ban said at a church service in the village of Los Palmas.

“I know that the epidemic has caused much anger and fear. I know that the disease continues to affect an unacceptable number of people,” he stated. “Whatever I say today will not lessen the despair you have felt over the loss of your loved ones.”

There have been around 703,000 suspected cases of cholera and an estimated 8,500 deaths reported since the beginning of the epidemic in October 2010. 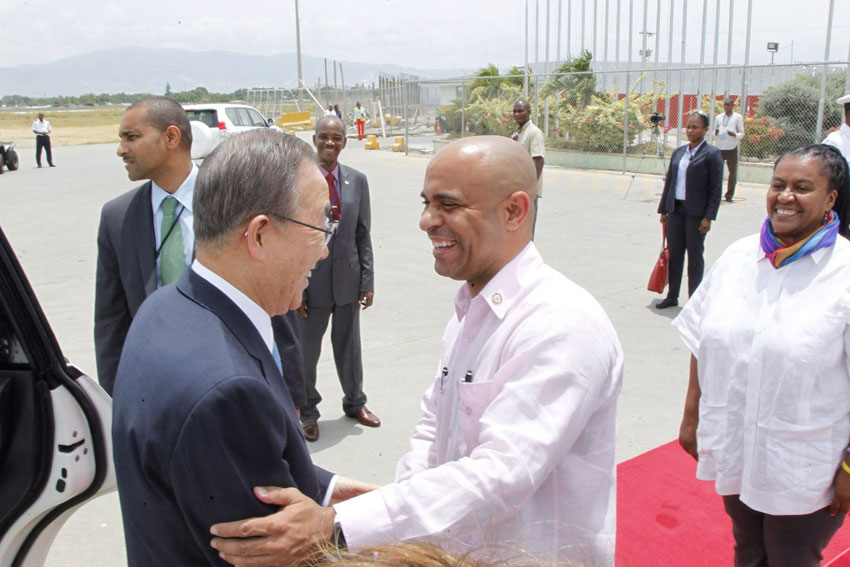 The UN has initiated a system-wide effort to support the Haitian Government to fight the disease. In December 2012, Mr. Ban launched an initiative for the elimination of cholera in Haiti and the Dominican Republic that focuses on prevention, treatment and education, as well as infrastructure planning for the long-term.

Concerted Haitian and international efforts have succeeded in significantly reducing the toll of the epidemic. There has been a 74 per cent reduction of the number of cases in the first five months of 2014 compared to the same period last year.

However, despite the progress made, structural issues, including weak water, sanitation and health systems, enable cholera, acute diarrhoea or other waterborne diseases to persist. 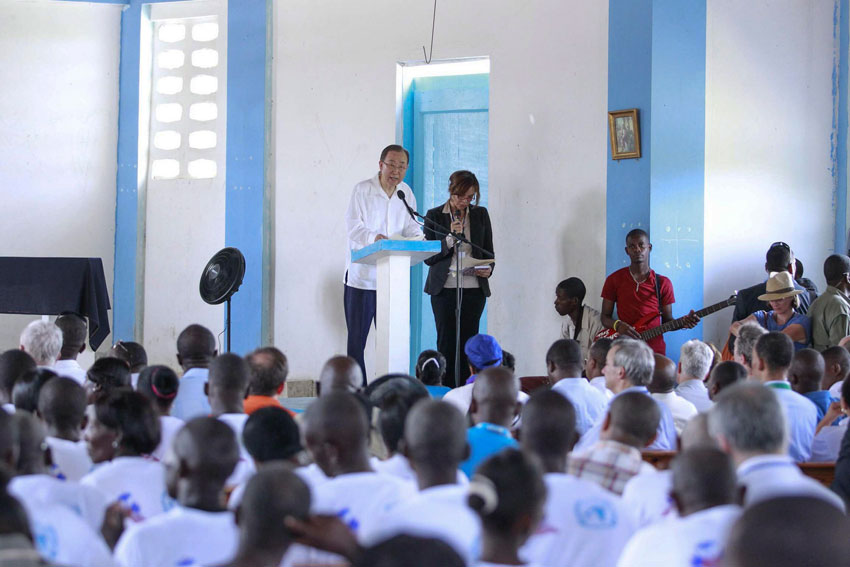 While in Los Palmas, the Secretary-General launched, with Prime Minister Laurent Lamothe, the country’s “Total Sanitation Campaign” which aims to scale up sanitation and hygiene interventions in rural areas.

Mr. Ban called the campaign “a development milestone” for the country, where half the population lacks access to adequate sanitation systems. “The need for this step is clear.”

Supported by the UN, the campaign aims to raise sanitation standards and improve health conditions at the modes cost of only $4 per person.

The Secretary-General said the UN stands ready to help expand the initiative to the most remote areas and to places where cholera persists. Together with the World Bank, the UN will assist the Haitian Government in targeting an initial 20 communes affected by the disease, covering 3 million people within the next five years. 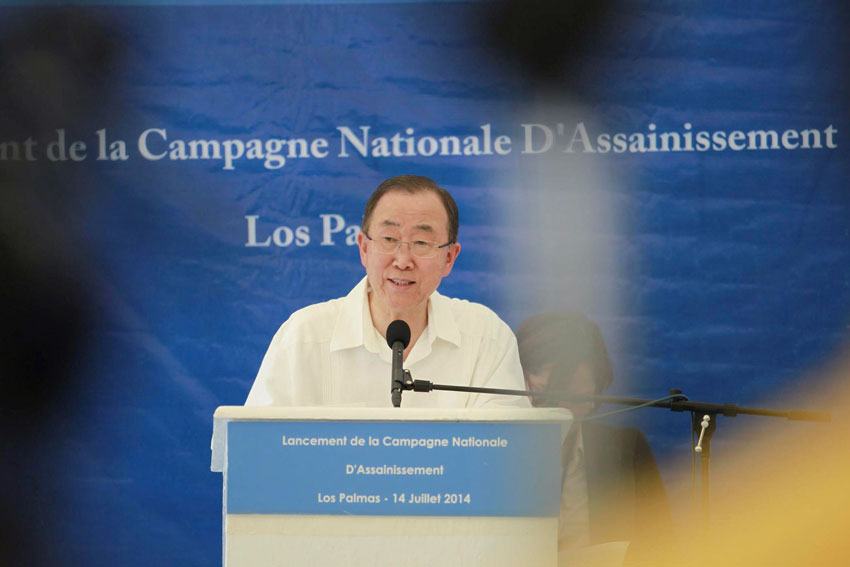 “Cholera rates are declining and the battle is slowly being won. We must, however, intensify these efforts. And we must focus on the wider quest to ensure access to safe drinking water and adequate sanitation,” he said.

“I call upon all of Haiti’s international partners to support this initiative and help us expand it to every community in Haiti. With commitment, vision and solidarity, the progress we seek – and that Haitians deserve – can be ours. You can count on me and the United Nations to do our part.”

Ban to travel to Haiti, Dominican Republic with focus on health, poverty reduction

United Nations Secretary-General Ban Ki-moon will travel to Haiti and the Dominican Republic starting Monday to meet with senior government officials as well as to get a first-hand look at programmes designed to improve health and reduce poverty.