With the 2015 deadline for achieving the landmark Millennium Development Goals (MDGs) less that 550 days away, Secretary-General Ban Ki-moon today launched the final push towards the United Nations targets – many of which have been met or are within reach – and urged a strong, ambitious successor blueprint “that will leave no one behind.”

Presenting to Member States a major new report which he called the most up-to-date “global scorecard” on efforts to achieve the eight mostly anti-poverty Goals agreed by world leaders at a UN summit in 2000, Mr. Ban told the High-Level Segment of the Economic and Social Council (ECOSOC) that the world is “at a historic juncture, with several milestones before us.” 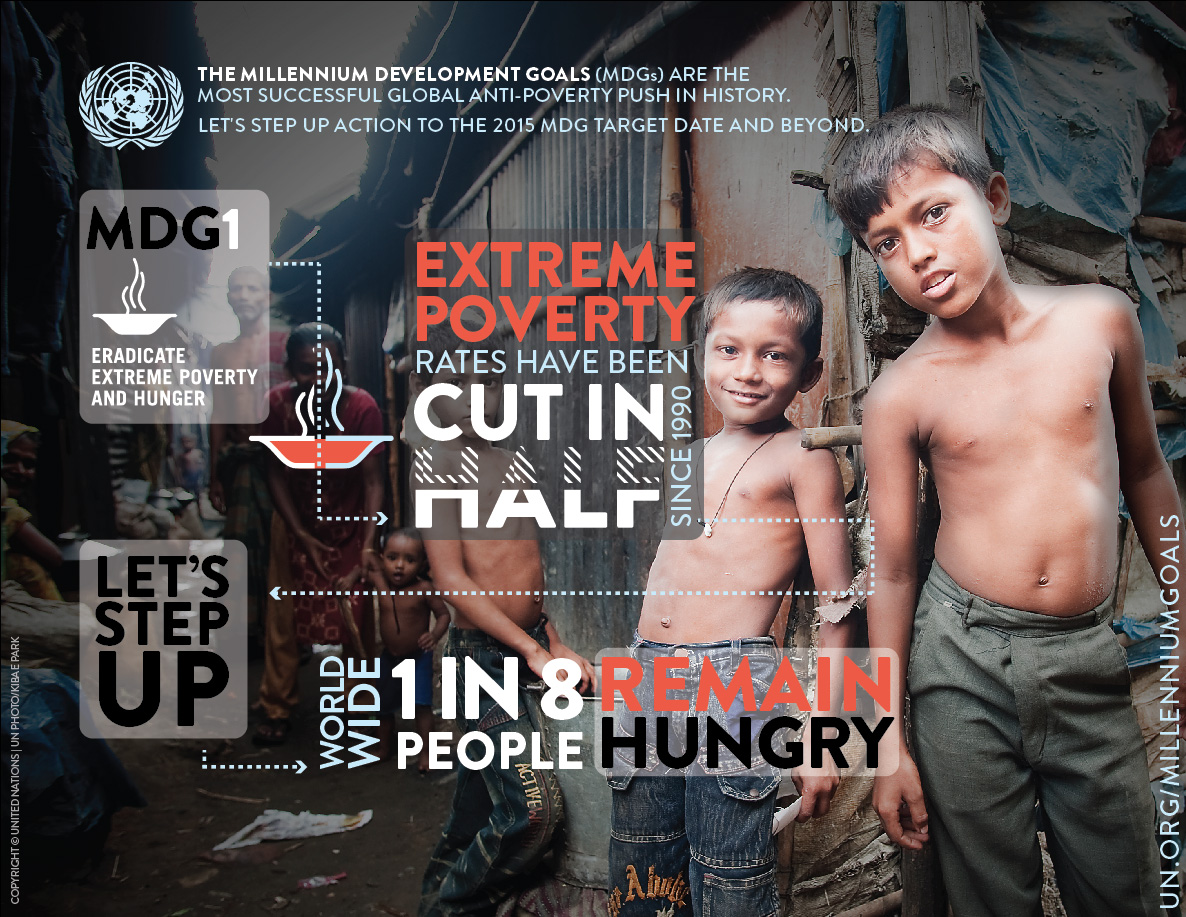 According to The Millennium Development Goals Report 2014, said the UN chief, the world has already reached targets on reducing poverty, increasing access to improved drinking water sources, improving the lives of slum dwellers and achieving gender parity in primary school.

Citing gains made in the fight against malaria and tuberculosis and access to HIV treatment, Mr. Ban underscored that the report makes clear “the MDGs have helped unite, inspire and transform...and the combined action of Governments, the international community civil society and the private sector can make a difference.”

However, some MDG targets related to largely preventable problems, such as reducing child and maternal mortality and increasing access to sanitation, are “slipping away,” according to the report.

“We know that achievements have been uneven between goals, among and within regions and countries, and between population groups. For the most marginalized and vulnerable in society, social exclusion and discrimination are among the greatest obstacles to progress,” said Mr. Ban. 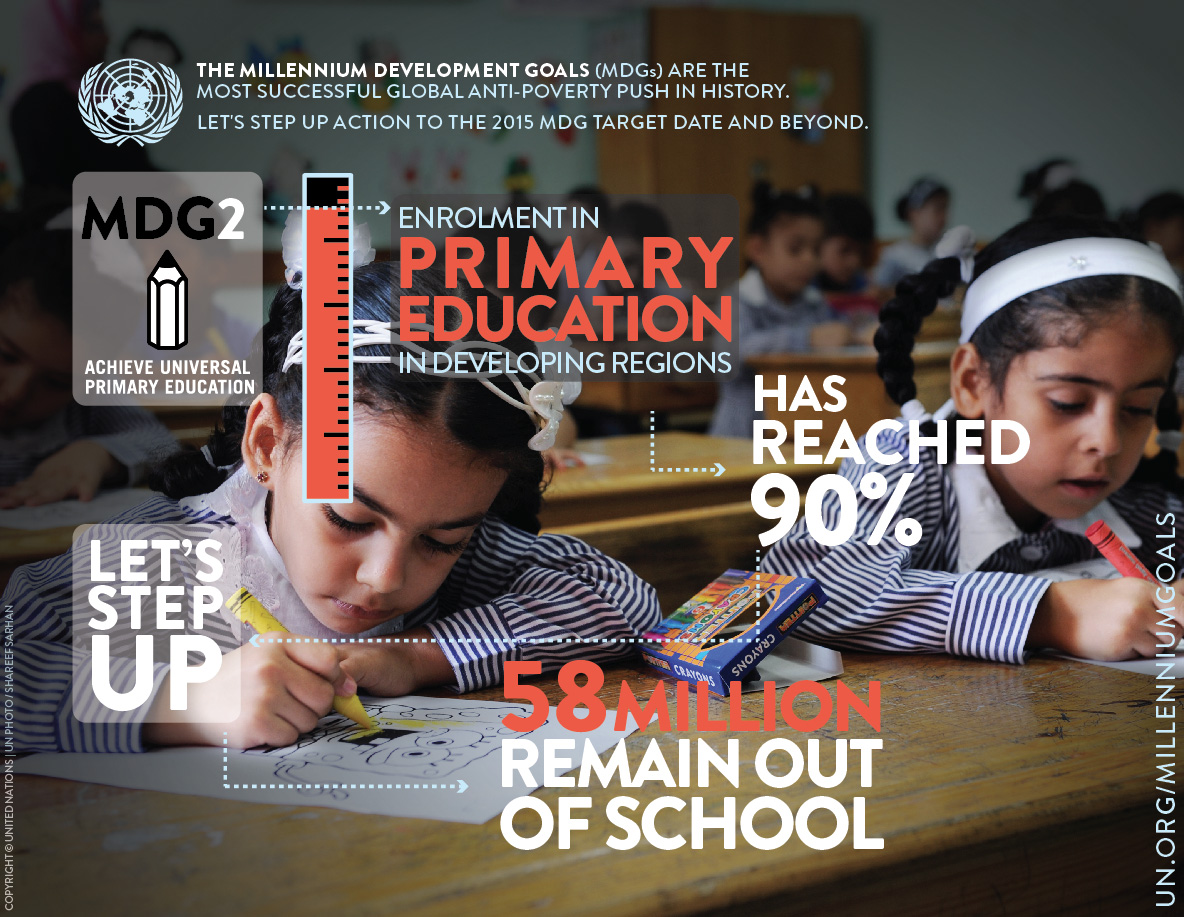 He said that unless these imbalances are addressed through bolder and more focused interventions, some targets will not be met, including in key areas such as childbirth, maternal mortality, universal education, and environmental sustainability.

“Our efforts to achieve the MDGs are critical to building a solid foundation for development beyond 2015. At the same time, we must aim for a strong successor framework to attend to unfinished business and address areas not covered by the eight MDGs,” said the UN chief

Indeed, the world has changed dramatically since the adoption of the Millennium Declaration in 2000, he noted. Development, peace, security and the rule of law are more deeply connected than ever before. Eradicating extreme poverty is even more clearly an imperative to building stable societies.

“Tackling growing inequality, in rich and poor countries alike, has become a defining challenge of our times,” said Mr. Ban, declaring: “Our post-2015 objective must be to leave no one behind.” 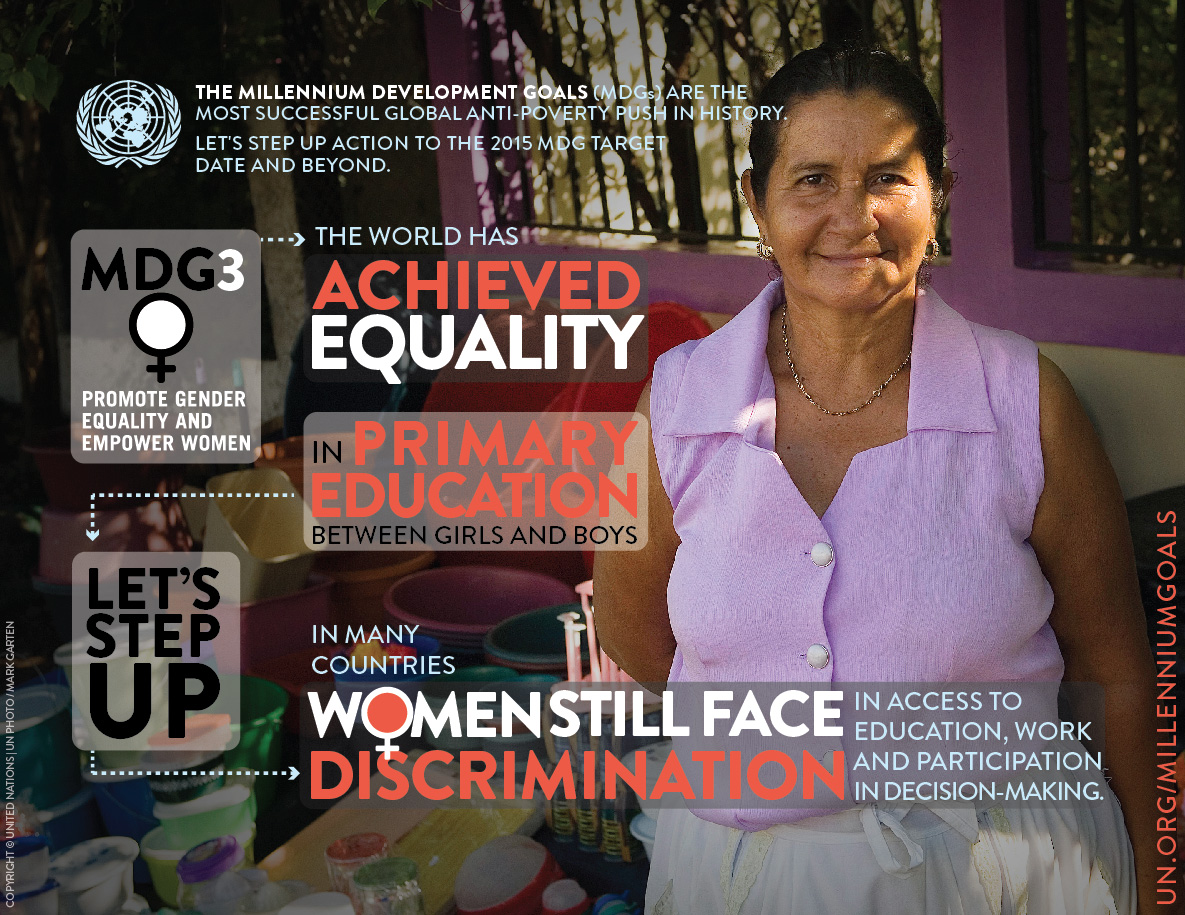 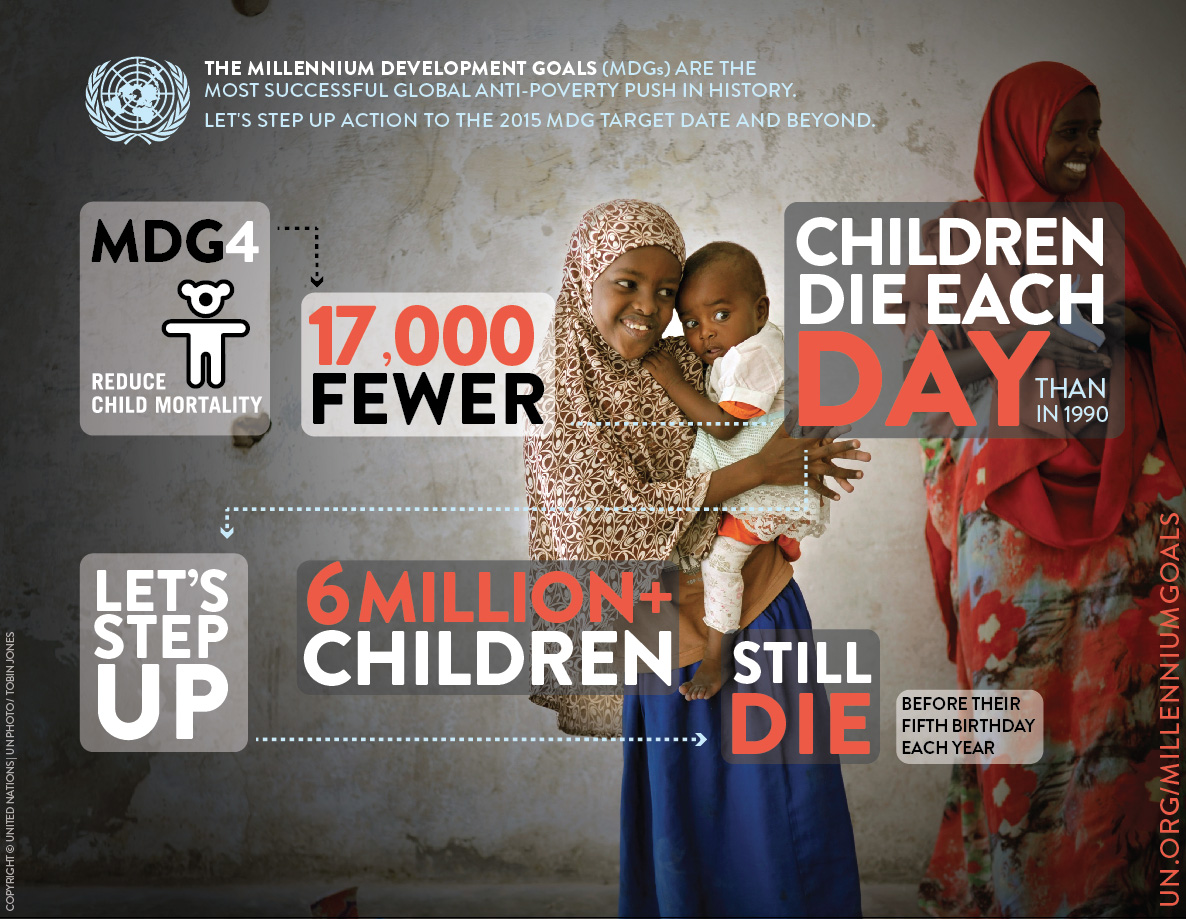 To that end, he said that wise management of the environment has also become increasingly critical to sustainable economic and social development. “In particular, we must urgently act to limit global temperature rise and strengthen resilience to climate impacts. We all share the responsibility of promoting equitable sustainable development. We must act together and intensify our efforts.”

But while the challenges are daunting, the UN chief emphasized that the international community has more tools at its disposal than at the turn of the Millennium – the expanding reach of technology, the deepening of partnerships, and a growing understanding of how to achieve results.

“We have an opportunity to apply new approaches to accelerate progress and pave the way for a more ambitious, inclusive and universal development framework,” he said, informing delegations that by the end of this year, he will produce a synthesis report to support Member States in their negotiations leading up to a summit in September 2015.

That report, said the Secretary-general, will outline a broad vision for a post-2015 development agenda. It will draw on the deliberations and the work of the General Assembly and ECOSOC, and its scope and ambition will be influenced by the outcomes produced by the Open Working Group and the Intergovernmental Committee of Experts on Sustainable Development Finance. 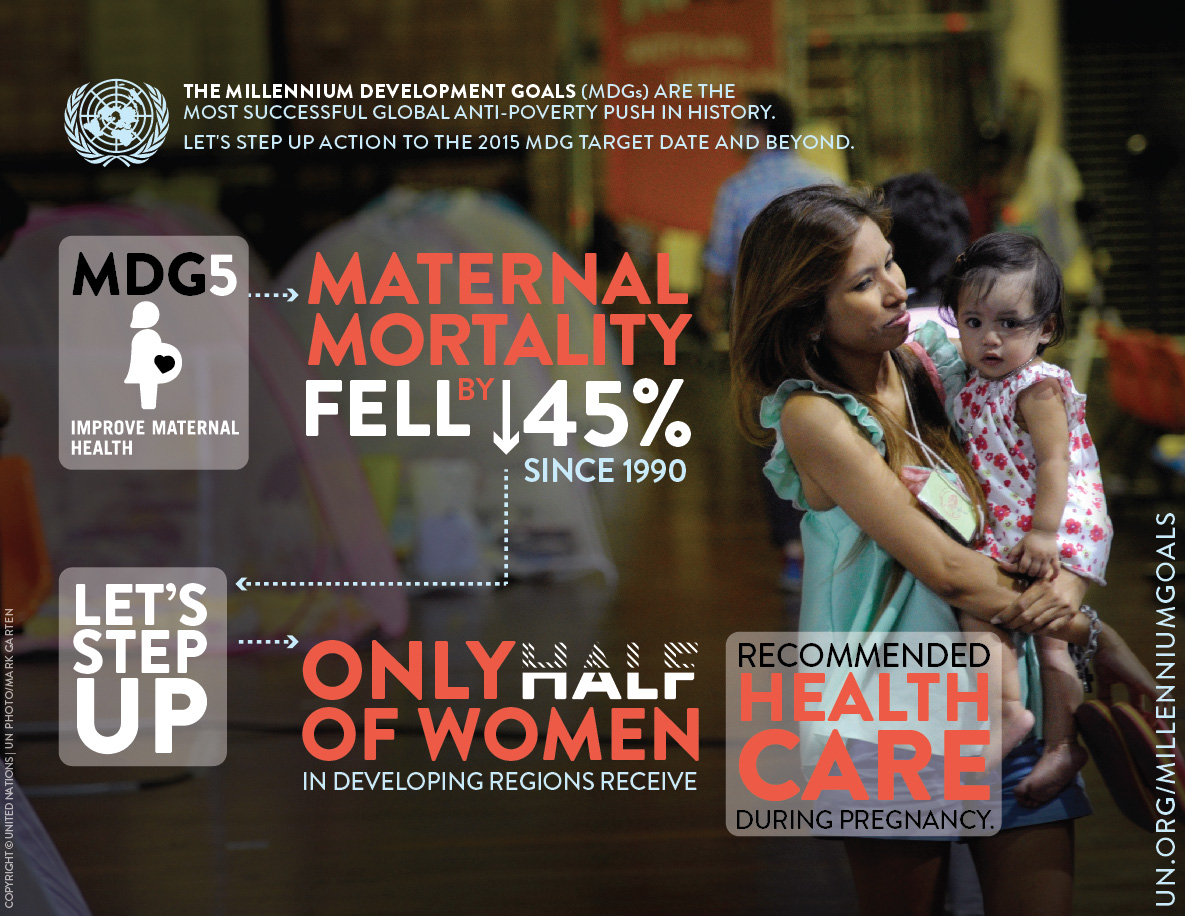 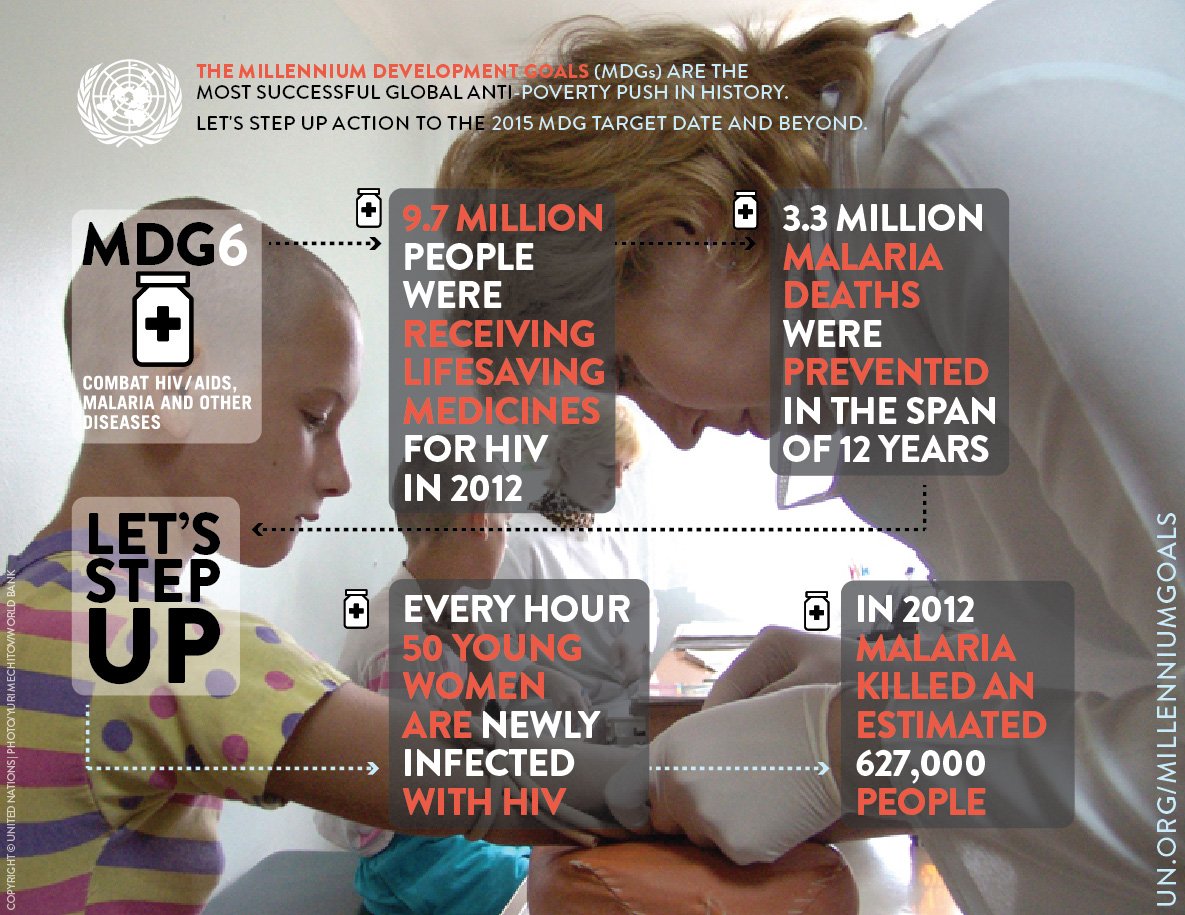 At the intergovernmental level, the new High-Level Political Forum on Sustainable Development built around the GA, and a strengthened ECOSOC, is in place. It will benefit from the work of ECOSOC Development Cooperation Forum, which will address some of the critical issues on the future of development cooperation.

“This Forum can give impetus to agenda-setting throughout the UN system. The world counts on this Forum and our new architecture to provide guidance, leadership and action for the implementation of the new agenda,” said Mr. Ban, urging Member States to work together to “pave the way to the future we want – a life of dignity for all.”

ECOSOC President Martin Sajdik said: “We are approaching the creation of a new, inclusive and people-centered post-2015 development agenda. This agenda will aim to free mankind from poverty and hunger, and attain sustainable development. The new agenda will build on the [MDGs], complete their unfinished business and respond to new challenges. It will be a universal agenda that is critical for the future of humanity.”

Approaching the design of this new agenda, Member States also must consider how to revamp the approach to development, he said. In this period of transition, “we will need an integrated approach to sustainable development, underpinned by the strengthened framework that the Assembly, ECOSOC and the High-level Political Forum under their respective auspices constitute.” 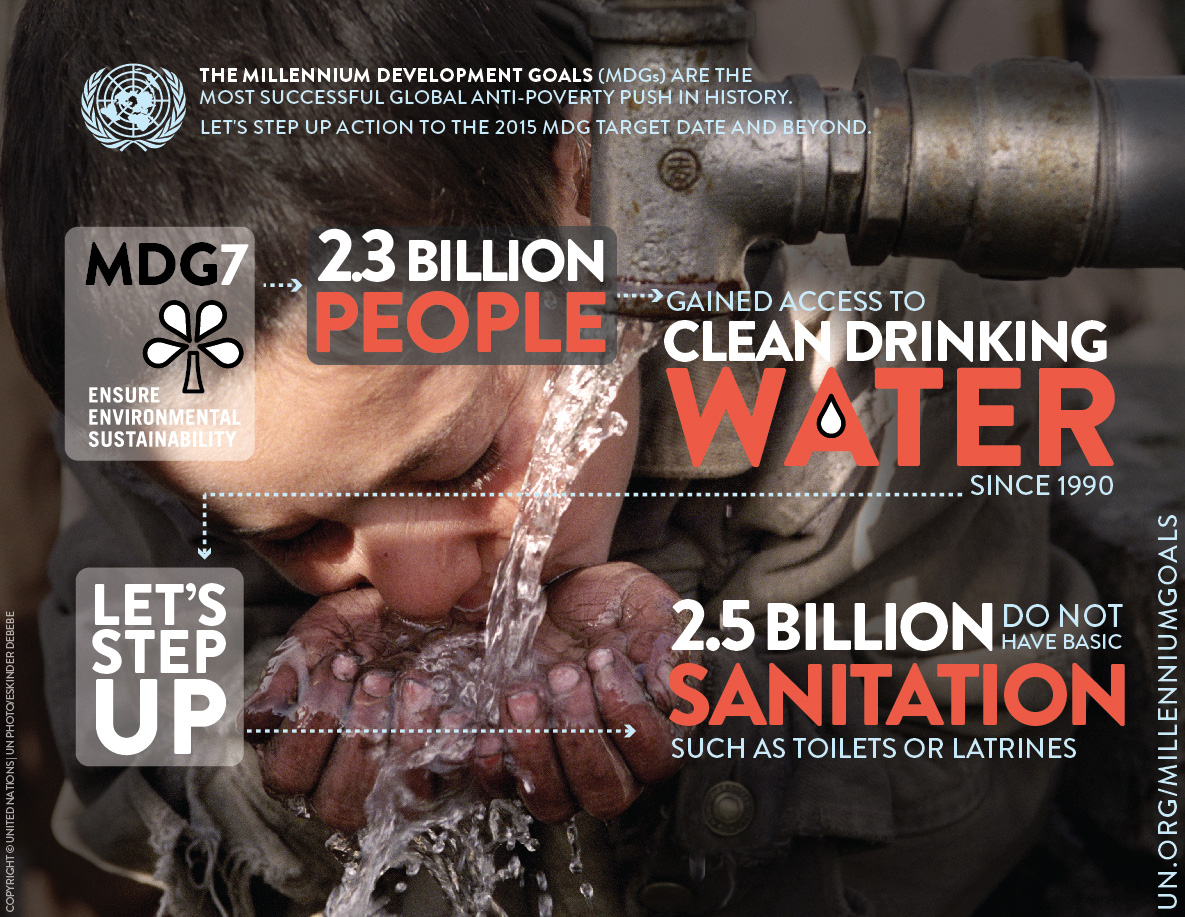 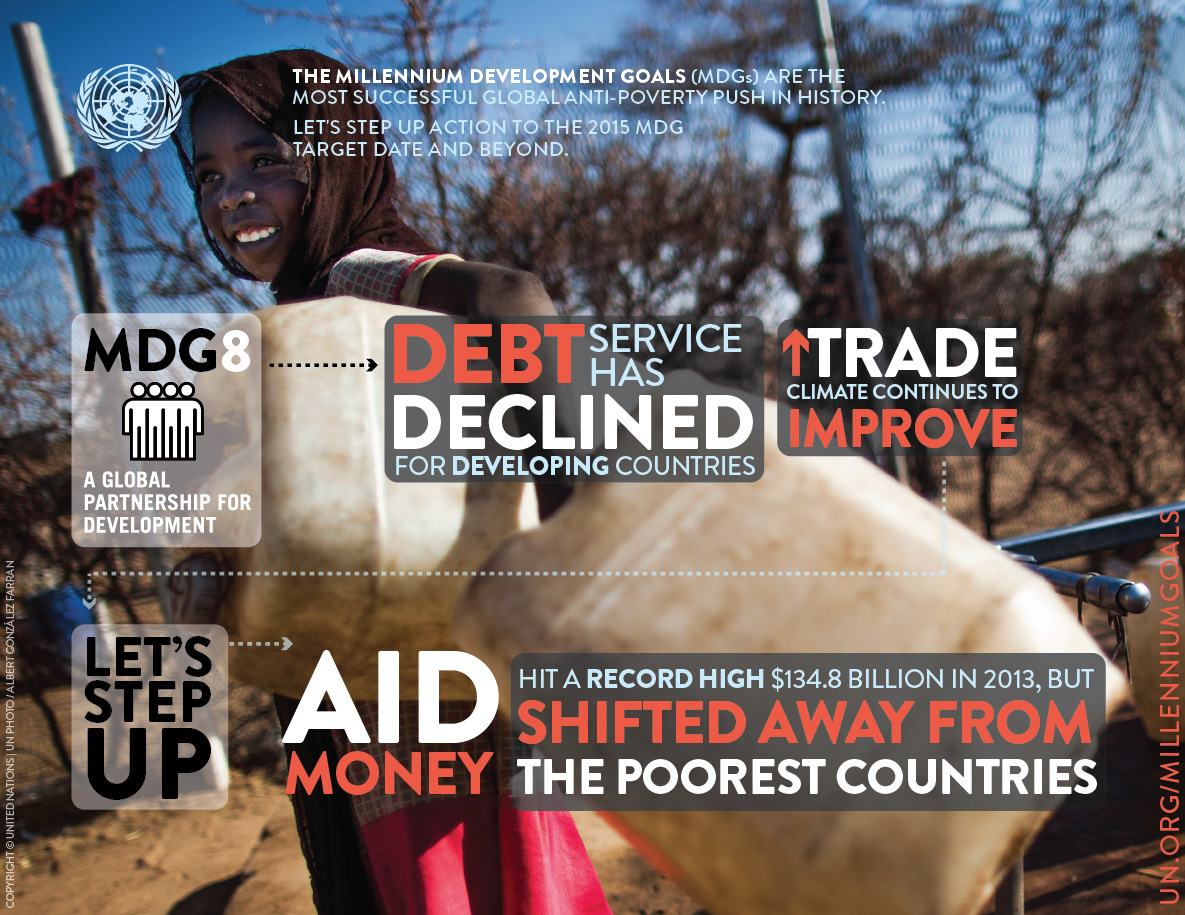