UN Photo/Eskinder Debebe
Children in the village of Tebikenikora, on Kiribati’s main Tarawa atoll. Will they have to move one day as a result of climate change?

3 July 2014
Can the United Nations help to protect people seeking safety abroad if their homes and jobs are destroyed by prolonged drought, rising sea levels or other climate change-related phenomena in the same way as if they were displaced by war or human rights abuses? The short answer, today anyway, is no.

The more considered – and thus far, thorny – response challenges the legal notion of what it is to be a refugee, and raises questions about how much political will there is to even begin a global discussion on an issue that UN experts say was unimaginable a few decades ago.

Ioane Teitiota, a Kiribati national, lost his asylum appeal in New Zealand this past May in a case that would have made him the world’s first-ever “climate change refugee.” Mr. Teitiota moved there in 2007 with his family, claiming his island home was sinking and becoming too dangerous to live on. His lawyers argued that Mr. Teitiota was being “persecuted passively by the circumstances in which he’s living, which the Kiribati Government has no ability to ameliorate.”

New Zealand’s Court of Appeal ruled that while climate change is a major and growing concern for the international community, the phenomenon “and its effect on countries like Kiribati is not appropriately addressed under the Refugee Convention.” That 1951 treaty defines a refugee as a person who “has a well-founded fear of persecution because of his/her race, religion, nationality, membership in a particular social group or political opinion.” 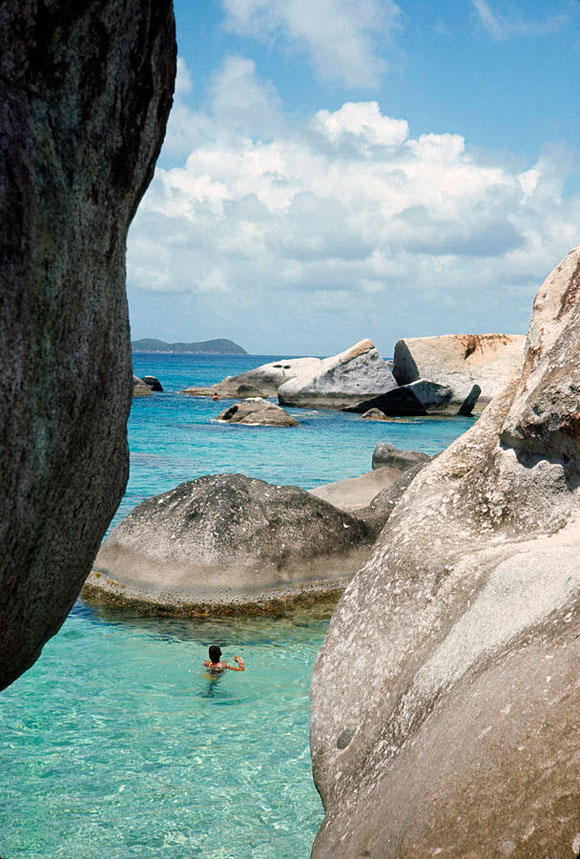 “We don’t have, in international law, or any kind of mechanisms to allow people to enter a State against the will of the State, unless they’re refugees. And even then, they don’t technically have the right to enter, but they cannot be punished for entering,” the Special Rapporteur on the Human Rights of Migrants, François Crépeau, told the UN News Centre. His mandate has been awarded by the Human Rights Council and his work is supported by the Office of the UN High Commissioner for Human Rights (OHCHR).

“Therefore, people like Mr. Teitiota do not find any solutions in international law as it presently stands. The solution for especially slow onset environmental issues, such as sinking islands, or low lying coastal lands that are being slowly eroded and overcome because of climate change-induced factors, don’t have a framework,” he added. “The only thing that can happen is negotiations with neighbouring States for transfer of populations.”

Except in contexts of conflicts and persecution, there is no lead UN agency that has at its core the protection of people forced to flee owing to disasters, including those triggered by climate change, and which could coordinate an international response. 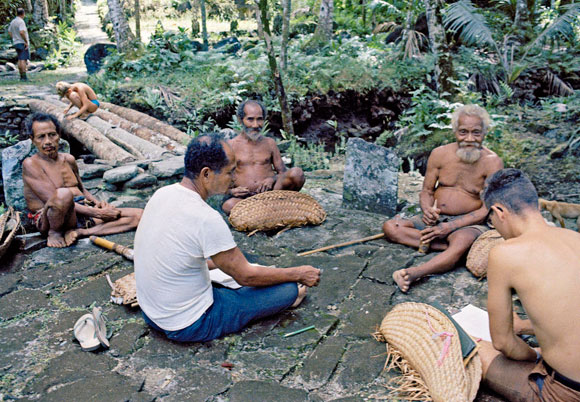 Villagers of Okau in Wely Municipality meet with the Magistrate of Weloy and the Assistant Anthropologist of Yap District. The large doughnut-shaped stone money is a mark of village prestige. UN Photo/Yutaka Nagata

“The truth is there is no one agency in the system because no one could have imagined this situation 60 years ago,” Mr. Riera told the UN News Centre. “But there are massive protection challenges raised by climate and environment-related migration, displacement and planned relocation.”

“We need States to at least come to an agreement that [climate change-related displacement] is a phenomenon that has to be dealt with, and also for them to come up with the solutions.”

The UN agency coordinates the Advisory Group on Climate Change and Human Mobility, which also includes OHCHR, the UN Development Programme (UNDP), the UN International Labour Organization (ILO), UN University (UNU), and non-UN partners, such as the International Organization for Migration (IOM). Among the targeted recipients of the Group are climate negotiators at the UN climate change convention talks, the last of which will be in Paris in 2015.

“We see our role not as [leading and waving] the institutional flag, but to make available to State Parties [to the Convention] the research that is coming on board as it relates to migration, displacement and planned relocation,” Mr. Riera added. 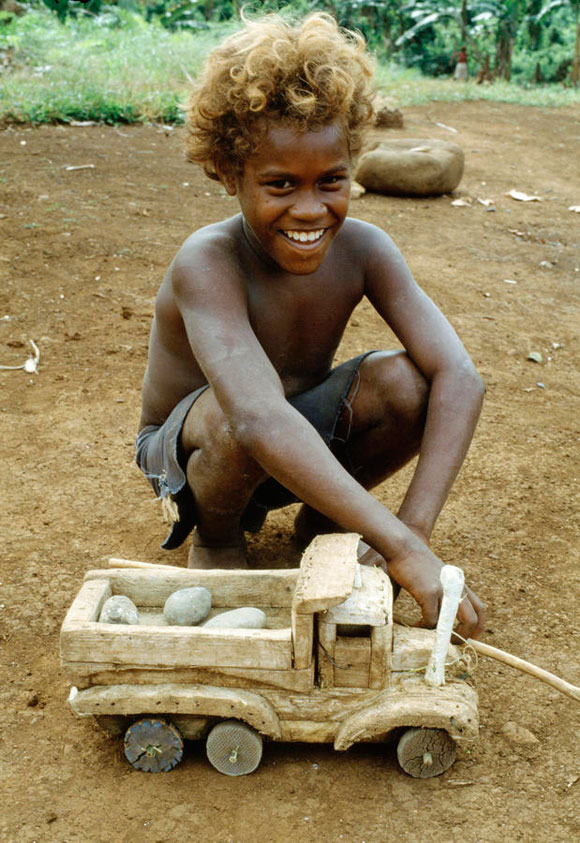 “And to be the little pebble in their shoe; serving as a reminder that if we really want to make progress on addressing some of these issues, if we’re really keen on sustainable development and if the post-2015 sustainable development agenda is to be the wise and forward-looking [framework] everyone wants it to be, then the issues surrounding human mobility cannot be swept under the rug.”

UNHCR is also a standing invitee to the Nansen Initiative, launched in October 2012 by the Governments of Switzerland and Norway, and which aims to build consensus on a protection agenda to address the needs of people displaced across international borders by natural hazards, including the effects of climate change.

“We are very encouraged by the Nansen Initiative,” Mr. Riera said, describing it as a “State-led conversation on how to protect affected populations.”

The effects of climate change are already being felt in all continents and across the oceans, the UN reported earlier this year, and warned that the world, for the most part, is ill-prepared for the risks. The report, ‘Climate Change 2014: Impacts, Adaptation, and Vulnerability’, from Working Group II of the Intergovernmental Panel on Climate Change (IPCC), details the impacts of climate change to date, the future risks from a changing climate, and the opportunities for effective action to reduce risks.

“Climate change over the 21st century is projected to increase displacement of people. Displacement risk increases when populations that lack the resources for planned migration experience higher exposure to extreme weather events, in both rural and urban areas, particularly in developing countries with low income,” the report’s authors wrote, noting also the indirect impact climate change has on increased risk of violent conflicts, such as civil war and inter-group violence.

By the end of 2013, an estimated 51.2 million people worldwide were considered to be forcibly displaced due to persecution, conflict, generalized violence, or human rights violations, according to UNHCR. The majority of them concentrated in “climate change hotspots” around the world. 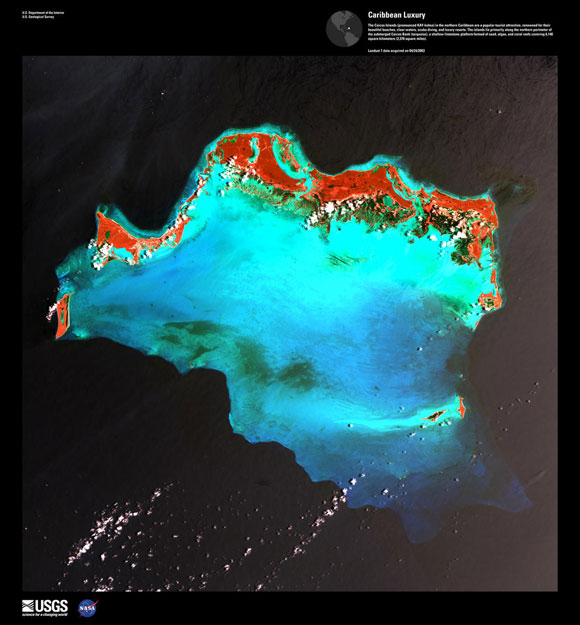 Satellite image of the Turks and Caicos Islands in the northern Caribbean. UN Photo/USGS/NASA

In the Secretary-General’s 2012 report to the UN General Assembly on human rights and migration, Mr. Crépeau cited research which predicts that up to 250 million people might be displaced by climate change by the year 2050.

He wrote that while it is hard to predict precisely the patterns of where climate-change induced migrants will move, current research indicates that much climate related displacement is likely to take place within national borders and that those most acutely vulnerable will often not be in a position to migrate internationally, or will travel only as far as their resources will allow. As a result, he calls for planned and facilitated migration policies, and the strong involvement of all partners, including civil society.

For people living in low-lying island States, the situation is particularly urgent, the Special Rapporteur wrote, as there is scientific evidence that the islands will become uninhabitable as a result of inadequate supply of potable water, along with other environmental concerns.

Mr. Crépeau questions whether a country can legally even exist if it is absorbed, merged and voluntarily or involuntarily dissolved, concluding that the situation of a State abandoned by its population due to the effects of climate change is simply so new “that no clear international legal framework appears to apply.”

“It’s going to take a lot of imagination and political will to be able to negotiate transfers of populations which would be on the massive scale,” Mr. Crépeau told the UN News Centre. “If you wanted to transfer a population of one small island with a few thousand people – that can be negotiated. But I don’t think we’re yet at the level of destination States accepting hundreds of thousands or millions of people.”

“The political climate in most countries in the global North is such that discussing migration is actually very toxic. They are not going to make commitments at the UN in official fora which could backfire in the next election campaign, which is one, two, three, or four years from now.” 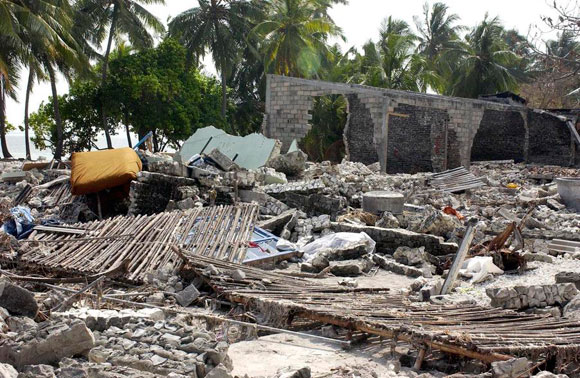 A view of the ravaged village of Vilufushi, on the southeastern Kolhumadulu Atoll, where 17 have died and 28 are still missing after the tsunami swept across their island.UN Photo/Evan Schneider

Yet for some small islands, these issues are already on the table and will likely get more attention in the coming months. Preparations are well under way for the Third UN Conference on Small Island Developing States, to be held in the Samoan capital, Apia, starting 1 September. The week-long meeting is meant to give countries an opportunity to demonstrate solidarity and partnership with small island developing nations. It is also expected to launch new and concrete partnerships, such as in areas of sustainable tourism and disaster risk reduction.

“It will also allow those small island States that feel that they least contributed to climate change, to try to take a principled stand in the climate change negotiations, and play up this notion of common but differentiated responsibilities,” Mr. Riera said, referring to the common goal of curbing emission gases through different roles among the richer and less economically developed Governments.

The UN is also preparing for a final round of climate change talks in Paris next year to hammer out a legally-binding climate treaty. Ahead of the talks, Mr. Ban will convene a climate summit at UN Headquarters this September, during the high-level opening of the General Assembly.

Ultimately, the outcomes of these conferences depend solely on the Governments of UN Member States.

“The important word in the United Nations is ‘nations’. The UN in itself is nothing more than an international cooperation forum. It’s the nations that can get together and do something,” said Mr. Crépeau. “States can use the vessel to do something, but the vessel in itself can do nothing if the States are opposed to it. Secretary General Ban Ki-moon is constantly urging the States to do something on a number of issues. Sometimes they do it, sometimes they don’t.” 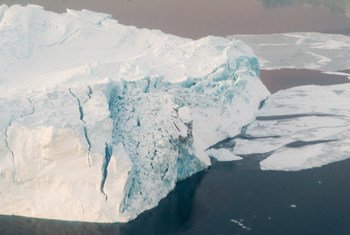