UNESCO/F. Bandarin
The rehabilitation of the cultural heritage of Timbuktu is crucial for the people of Mali, for the city’s residents and for the world.
27 June 2014

Two of the World Heritage mausoleums destroyed in Timbuktu have now been rebuilt through a partnership with local communities, the United Nations cultural agency said, adding that it will need an additional $8 million to finish the rehabilitation of the site and of libraries that could again store hundreds of thousands of Malian manuscripts.

The UN agency has been able to gather around $3 million through bilateral cooperation and other funding, he said, but “if we don't have the $8 million, it would be difficult for us to implement our activities.”

Timbuktu was an economic, intellectual and spiritual capital and a centre for the propagation of Islam throughout Africa during the city's golden age in the 15th and 16th centuries. According to UNESCO, the three mosques and the 16 mausoleums comprising the property are part of the fabled city that was once home to 100,000 inhabitants.

In March, local masons working under the supervision of Imam of Djingareyber, and with support from UNESCO and the UN Multidimensional Integrated Stabilization Mission in Mali (MINUSMA), which is mandated in part to support the Government in cultural preservation, laid the first earthen brick to reconstruct two of the mausoleums.

“It's a long and complex task. The monuments look very simple in their architecture but they are complex structures,” said Mr. Assomo, who spoke alongside Vibeke Jensen, Director of the UNESCO Office in New York. 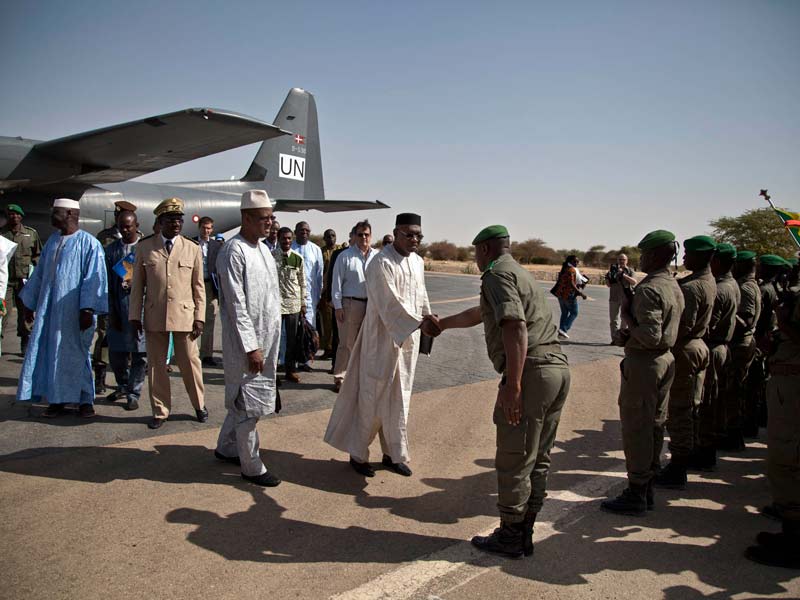 Mali's Minister of Culture, Bruno Maiga, is greeted as arrives in Timbuktu for the official launch of the World Heritage mausoleums. Photo: MINUSMA/Marco Domino 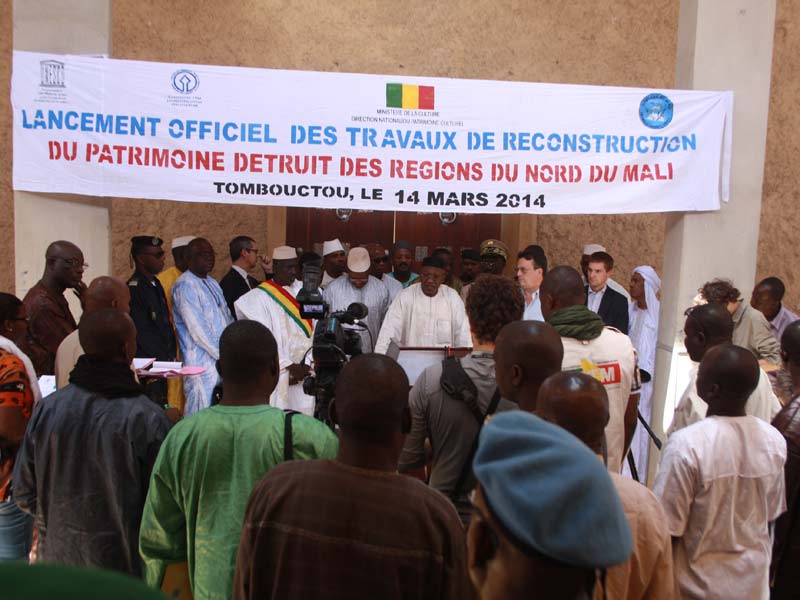 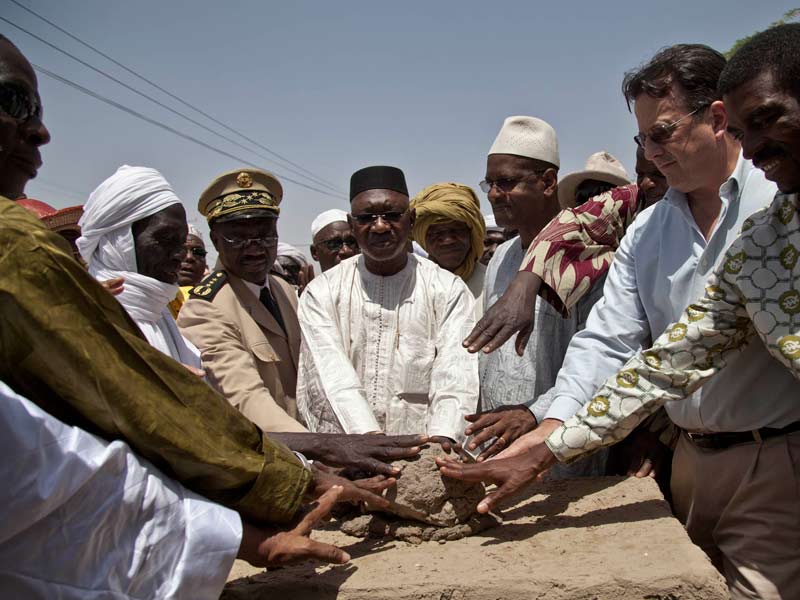 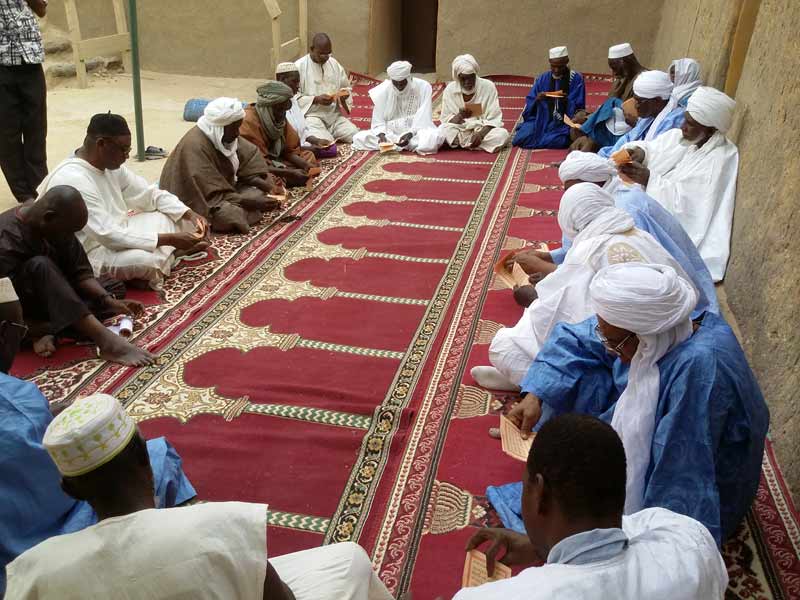 Reading of the Koran preceding the launch of reconstruction - Timbuktu (Mali). Photo: UNESCO 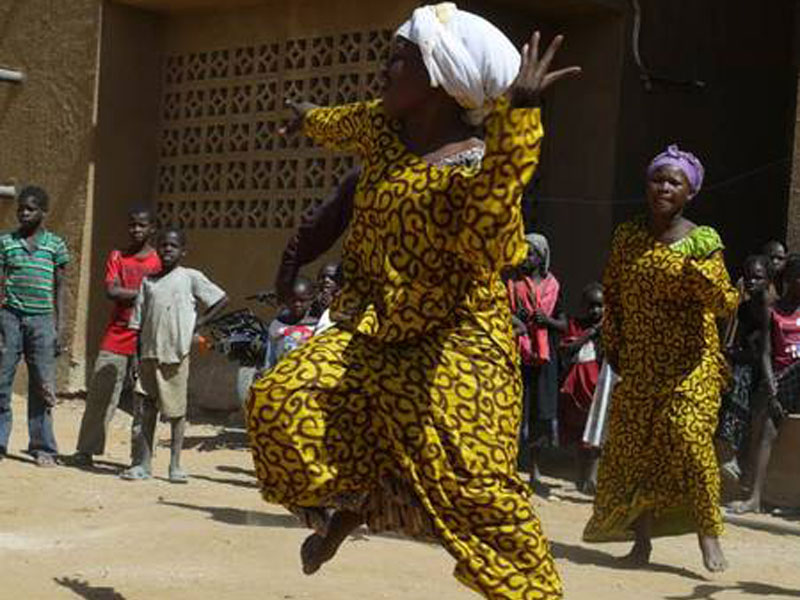 Women dancing next to the site, in Mali. UN Photo/Thierry Joffroy 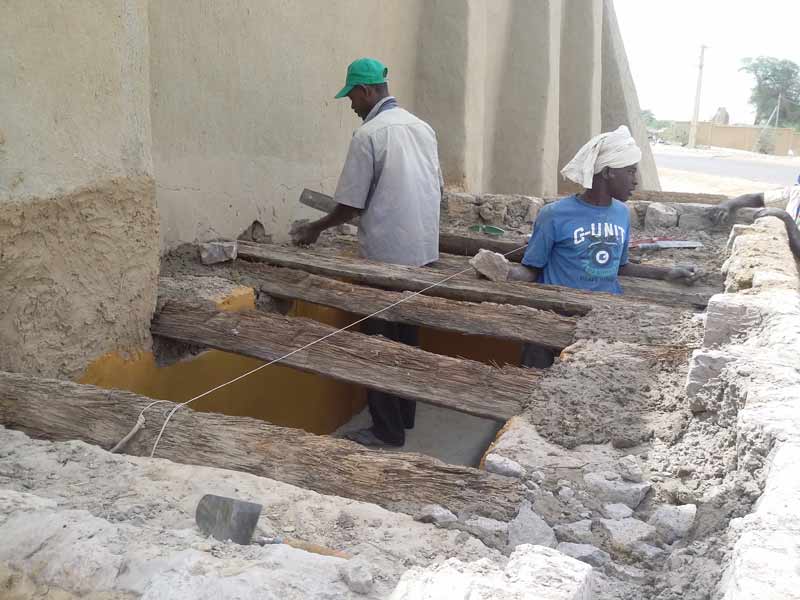 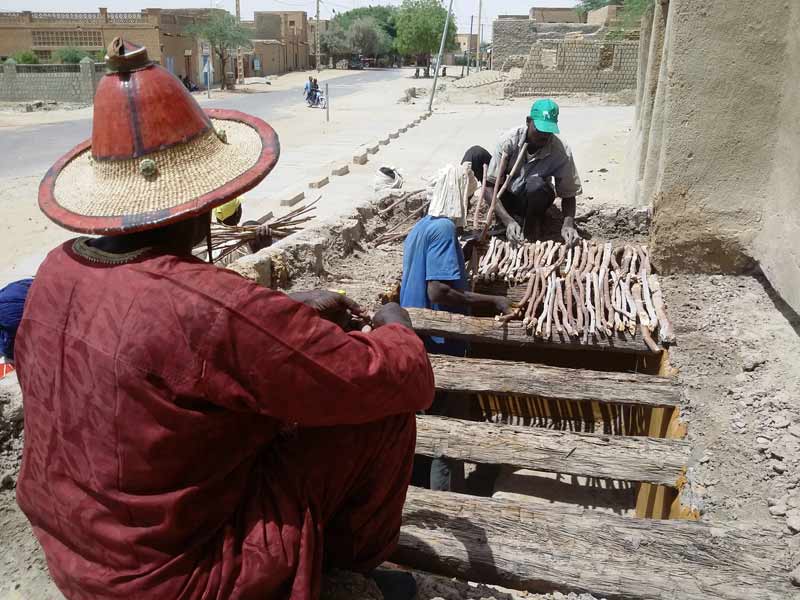 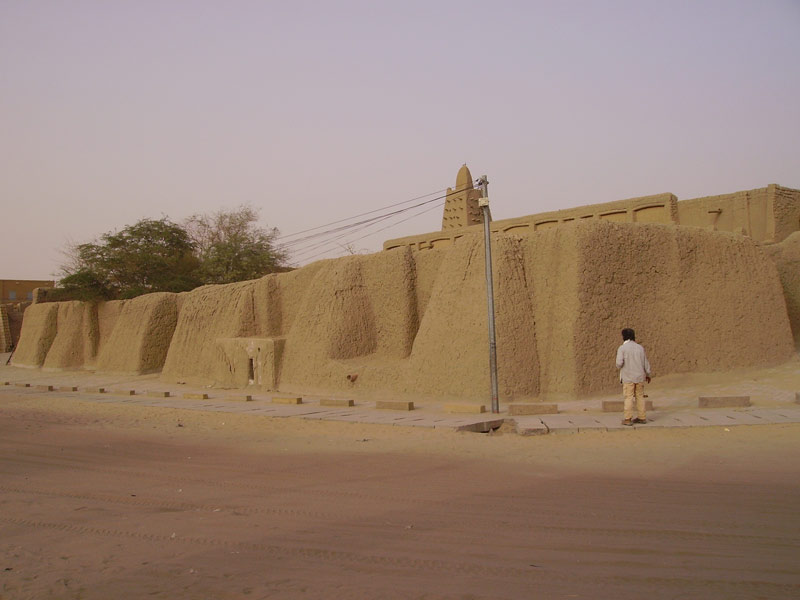 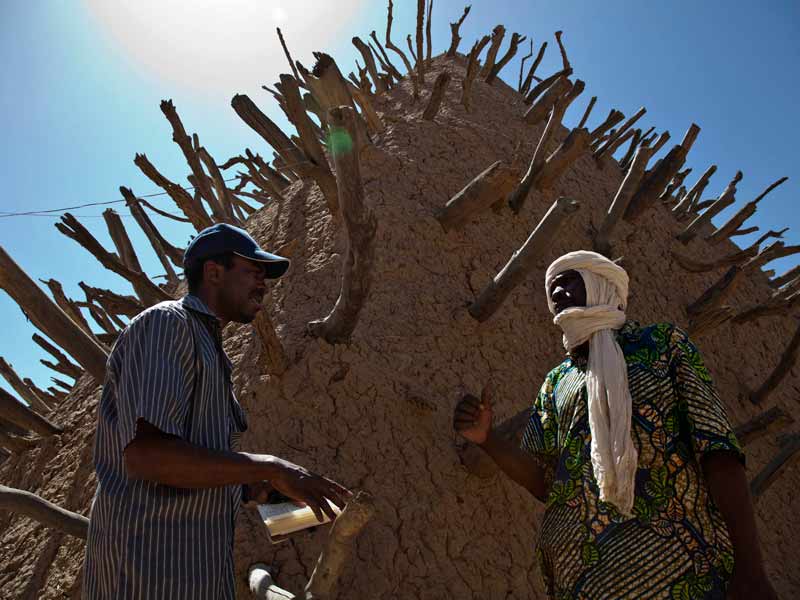 In addition to their historical significance for the world, the site is entwined with the cultural and social fabric of the city and communities who live there. Each of the 16 mausoleums is the responsibility of a specific family who serves as its “custodian.”

“It is not only about rebuilding stones. It is also about keeping culture significant,” he stressed. Reconstructing the site has already contributed to “a kind of environment to foster peace reconciliation and social cohesion.”

In addition to the mausoleums, the plans include renovations of private libraries and sites to hold the estimated 300,000 manuscripts that were saved and temporarily secured in Bamako.