The United Nations refugee agency is helping authorities in the eastern Afghan province of Khost to register and assist thousands of people fleeing the current Pakistani military offensive against Taliban militants in that country’s tribal regions.

Some 6,452 people from North Waziristan in Pakistan have fled into Khost, having trekked the mountainous terrains to seek safety, according to the UN High Commissioner for Refugees (UNHCR).

The agency’s spokesperson in Geneva, Adrian Edwards, told reporters that people are being accommodated with local Afghan communities for now. However, Afghan host communities have limited absorption capacity and resources. The urgent needs include shelter, clean drinking water and sanitation.

“UNHCR is concerned that families close to conflict-affected areas will be further exposed to violence and humanitarian access could be limited,” said Mr. Edwards.

The agency is providing tents and other basic relief items to the most vulnerable, while the UN World Food Programme (WFP) has distributed food assistance. Further joint assessments are being conducted to assess the urgent humanitarian needs of the latest arrivals, Mr. Edwards said.

Inside Pakistan, the Government has confirmed that over 101,000 people have been displaced internally from North Waziristan into the Banu, Dera Ismail Khan and Tank areas of Khyber Pakhtunkhwa province.

“As part of an UN inter-agency response, in support of the Government, UNHCR is ready to assist the displaced population inside Pakistan,” said Mr. Edwards. 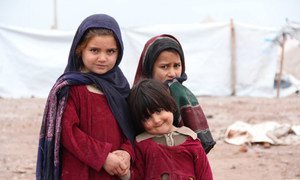 Wrapping up a mission to Pakistan that included time in the country’s tribal region, where the protracted suffering of the displaced is “heart-wrenching,” a senior United Nations humanitarian official today stressed the need for more support to millions of people affected by insecurity, natural disasters and chronic malnutrition in the country.