IRIN/Charles Akena
Millions of people depend on forests.
3 June 2014

Urgent action to better manage the genetic diversity of forests – under pressure from climate change, exploitation and conversion for other uses – is needed to ensure that the benefits they provide will survive, the United Nations said in a first-of-its-kind report released today.

Urgent action to better manage the genetic diversity of forests – under pressure from climate change, exploitation and conversion for other uses – is needed to ensure that the benefits they provide will survive, the United Nations said in a first-of-its-kind report released today.

“Forests provide food, goods and services which are essential to the survival and well-being of all humanity,” Eduardo Rojas-Briales, Assistant Director-General for Forestry at the Food and Agriculture Organization (FAO), said on the release of The State of the World's Forest Genetic Resources.

“These benefits all rely on safeguarding the rich store of the world’s forest genetic diversity – which is increasingly at risk,” he added.

The report says that half of the forest species regularly utilized by countries are threatened by the conversion of forests to pastures and farmland, overexploitation and the impacts of climate change.

Biodiversity in forest genetic resources is also essential, it says, to improving both forest species' productivity and the nutritional value of the foods they produce, which includes leafy vegetables, honey, fruits, seeds, nuts, roots, tubers and mushrooms.

A wide variability in desirable traits, such as fruit size, growing speed, oil composition and pulp proportion, is a prerequisite for breeding and domesticating improved tree species, it says.

At the same time, it adds, genetic diversity is needed to ensure that forests can adapt to changing environmental conditions, including those stemming from climate change and invasive pests and diseases. 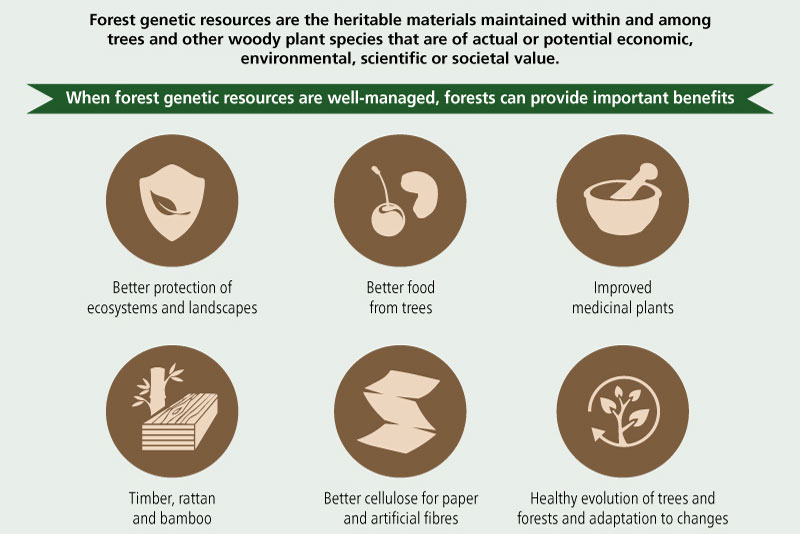 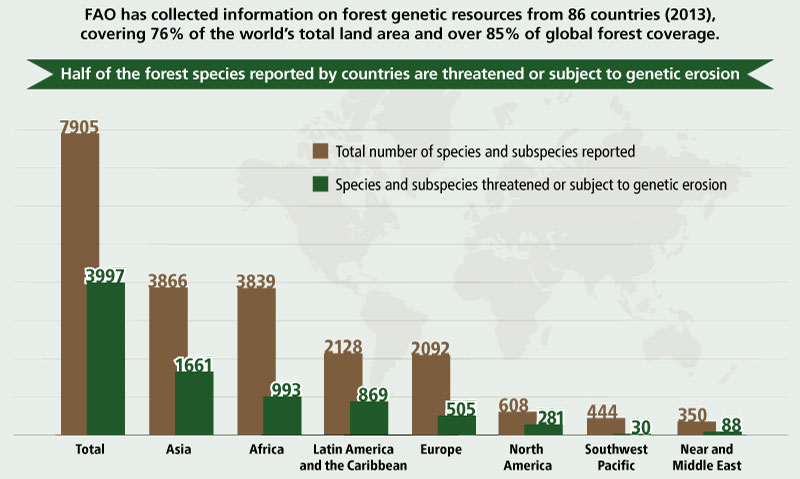 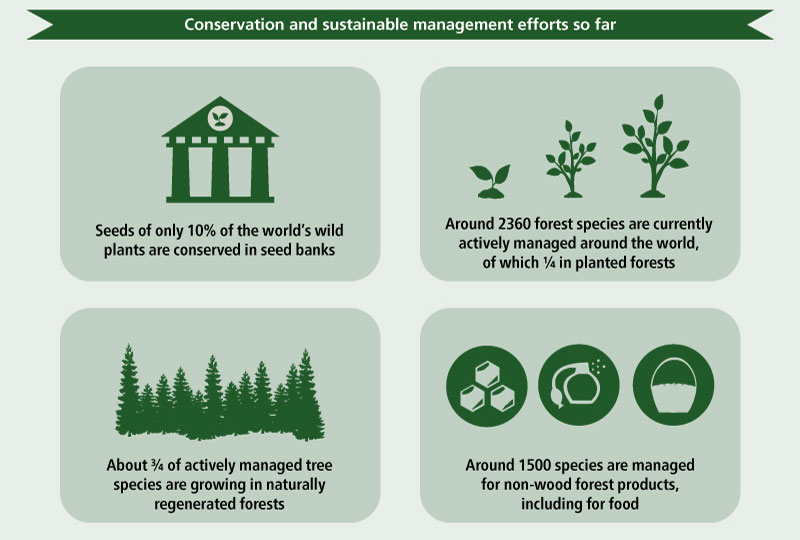 Among the primary actions called for by the report is stepped up management and data gathering on forests resources. While existing tree species in the world is estimated at between 80,000 and 100,000, only 2,400 (around 3 per cent) are actively managed for the products and services they provide.

Data from 86 countries in the report show a lack of data and insufficient awareness of the importance of forest genetic resources, Linda Collette, Secretary of the FAO Commission on Genetic Resources for Food and Agriculture, said, adding that it often translates into national policies that are “partial, ineffective, or non-existent.”

“Governments need to act and implement the Global Plan of Action for Forest Genetic Resources and FAO and its Commission stand ready to guide, support and assist countries in the conservation and sustainable use of forest genetic resources,” she said.

United Nations officials today called on countries to scale up efforts and resources devoted to forests, which provide countless economic and social benefits, as well as being essential to combating climate change.