The lack of consultative process on three draft laws has set a worrying precedent for future key legislation, according to the United Nations Special Rapporteur on the situation of human rights in Cambodia, Surya P. Subedi.

“For many years in my capacity as the Special Rapporteur…I have been continuously pressing for the enactment of the three fundamental laws on the judiciary without further delay,” explained Mr. Subedi.

The laws, which focus on judicial reform, were at the core of his recommendations in a 2010 report.

Notwithstanding that in 2012 the Government pledged to its partners in legal and judicial reform that it would hold public consultations on the three draft laws, the authorities did not publically share them until the day before the National Assembly started examining them.

While in principle the National Assembly of Cambodia’s enactment of the legislation was welcomed, Mr. Subedi regretted that despite its commitment – and repeated calls for public consultations, including from civil society – the Government did follow through.

“Speedy enactment should not come at the cost of the key principles of any law-making process, namely: transparency, accountability and participation,” emphasised UN expert.

The three draft fundamental laws represent a unique opportunity to establish strong guarantees for the independence of the judiciary.

In order to preserve the independence of the judiciary, no member of the executive should be involved in issues related to the appointment and promotion of judges or any disciplinary matters affecting them.

“I am also deeply concerned about the fact that the Ministry of Justice has been given a number of powers over the judiciary,” he evinced.

“I continue to call on the Government to release for public and expert review all draft laws before the Council of Ministers as soon as possible – particularly those with implications for the realisation and enjoyment of human rights. I also call on the National Assembly to do the same with all draft laws that have or will come before it,” stressed Mr. Subedi.

Although law making is an organic and ever-evolving process, the three laws as enacted seemed to fall short of international standards required for a truly independent judiciary.

“It is in this spirit that I call on the Senate and the Constitutional Council to closely consider the international human rights obligations that Cambodia has voluntarily accepted, and ensure that the three laws substantially comply with them,” concluded the UN expert. 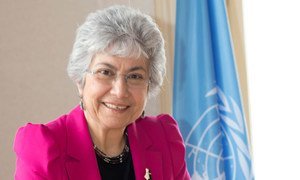 Amidst reports that Cambodia has agreed in principle to house asylum seekers that had tried to enter Australia, a United Nations senior human rights official wrapping up her visit to the country today urged its Government to respect its international commitments.