As the deputy on the humanitarian side, Mr. Agbenonci will also serve as the UN Resident Coordinator and the UN Development Programme (UNDP) Resident Representative in CAR.

He is joined on the political side by Mr. Wohlers, who has extensive experience in international affairs, specializing in conflict management, governance and cross-cultural communication. Prior to his appointment, he served as the US Ambassador to CAR from 2010 to 2013.

On 10 April, the UN Security Council approved the establishment of MINUSCA, which will be a nearly 12,000-strong UN peacekeeping operation focusing on the protection of civilians and facilitating humanitarian access in war-torn CAR.

The new mission will take over the responsibilities of the African-led International Support Mission, known as MISCA, and, as from 15 September 2014, will initially comprise up to 10,000 military personnel, including 240 military observers and 200 staff officers, as well as 1,800 police personnel, including 1,400 formed police unit personnel and 400 individual police officers, and 20 corrections officers. 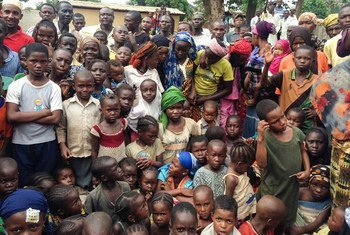