On first visit to Gaza, UN official calls for end to Israeli blockade

Shareef Sarhan/UNRWA
Living conditions continue to deteriorate in Gaza and West Bank under the blockade.
17 April 2014

On his first official visit to the Gaza Strip, the new head of the United Nations agency assisting Palestinian refugees across the Middle East underscored the need to lift the seven-year Israeli blockade and end the “illegal collective punishment” unleashed on the population there.

“Nothing prepares you for Gaza; no amount of UN humanitarian reports, no amount of newspaper articles, no amount of human rights investigations. None of these can adequately convey what the people here are going through; the profound sense of isolation and the sheer scale and depth of the suffering,” said Pierre Krähenbühl.

The Commissioner-General of the UN Relief and Works Agency for Palestine Refugees in the Near East (UNRWA) vowed to advocate strenuously to end the blockade Israel has imposed since the Hamas takeover of Gaza in 2007.

Speaking on Wednesday at an UNRWA clinic in Khan Younis, in southern Gaza, Mr. Krähenbühl said the aim of the visit was to express solidarity and support for Palestinian refugees, and to find out the best ways develop UNRWA services to better to help them.

He said that his first impression during his visit to Gaza was of the fence: “The first thing of course you see of Gaza is the fence around it; a reminder of the blockade, which as my predecessor pointed out recently, has lasted as long as some of the most infamous sieges of contemporary history, such as the siege of Leningrad. It amounts to an illegal collective punishment and I join UN officials and world leaders in calling for it to end.”

Mr. Krähenbühl added that the deteriorating humanitarian conditions in Gaza were apparent to everyone, and noted that the Agency currently provides aid to some 800,000 refugees in the Strip, as compared to some 80,000 in 2000.

UNRWA currently provides services such as education, health and micro-financing to some 5 million Palestinian refugees and their descendants in the West Bank and Gaza, Jordan, Lebanon and Syria. 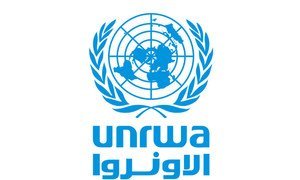