11 April 2014
The necessity for international cooperation in space and the universal utility of duct tape were among insights revealed when the United Nations sent a former astronaut into cyberspace today to inspire young people to explore new frontiers on the anniversary of the first human space flight.

Takao Doi, an expert on space applications with the UN Office for Outer Space Affairs (UNOOSA), who was an astronaut prior to joining the world Organization, conducted a Twitter chat to answer questions about his experiences ahead of the International Day of Human Space Flight, celebrated on 12 April.

On that day in 1961, Yuri Gagarin of the Soviet Union became the first human to go into space. Fifty years later, the UN General Assembly declared the International Day to mark the new era that had dawned and to encourage peaceful uses of outer space that would benefit all people.

Mr. Doi flew in the space shuttles Columbia and Endeavour, in 1997 and 2008, respectively, undertaking a space walk in the first mission and visiting the International Space Station in the second.

Answering questions in today’s Twitter chat, he compared the experience of walking in space to swimming in a scuba suit, and said that the space station was much larger than people imagined – “as big as a football field, lots of live and work space.”

Asked if duct tape is ever used to temporarily repair equipment in space, Mr. Doi wrote, “All the time! Duct tape is an astronaut's best friend, carry it everywhere.” 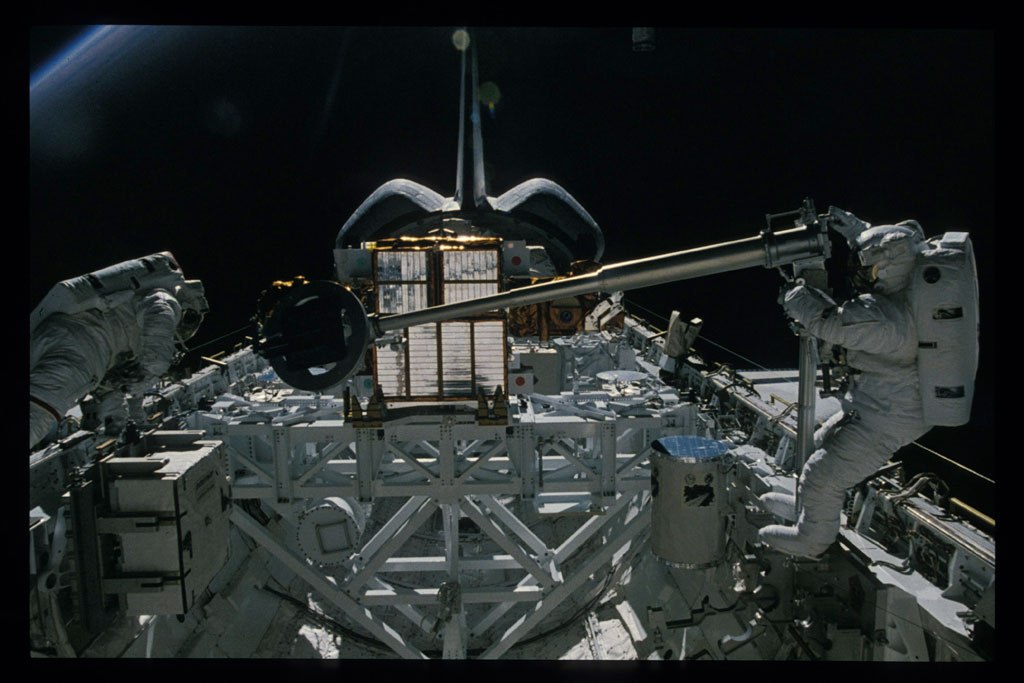 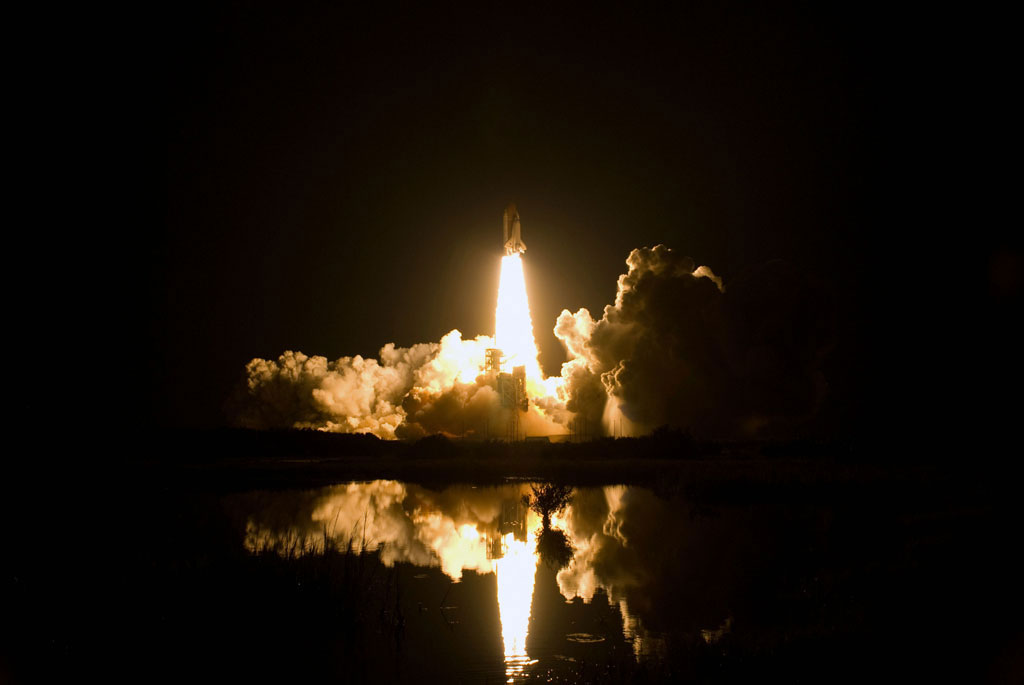 Takao Doi was aboard the Space Shuttle Endeavour mission STS-123 as it blasted off on 11 March 2008. Photo: NASA 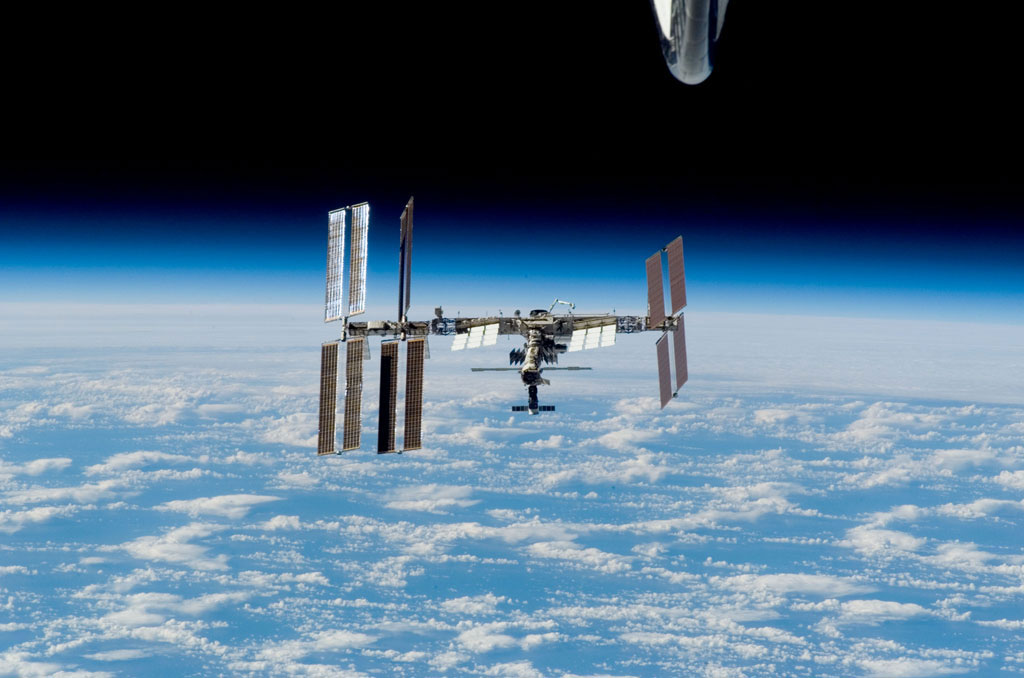 On his 2008 mission, Takao Doi visited the International Space Station, above. Photo: NASA 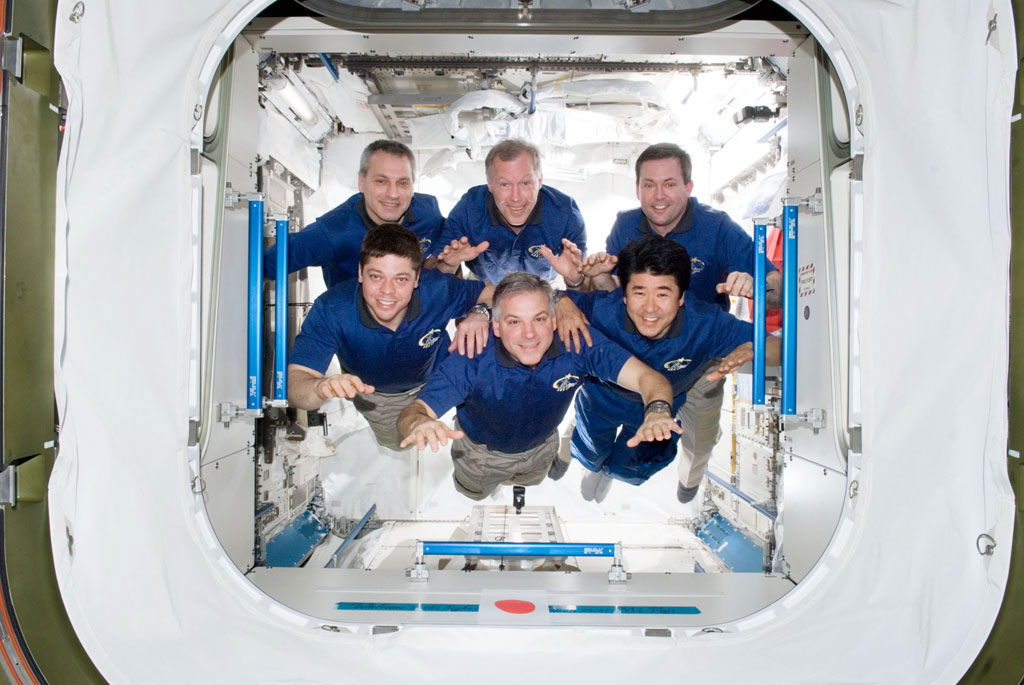 In the gravity-free environment of the Space Shuttle Endeavour the crew gathers for a group photo. Photo: NASA 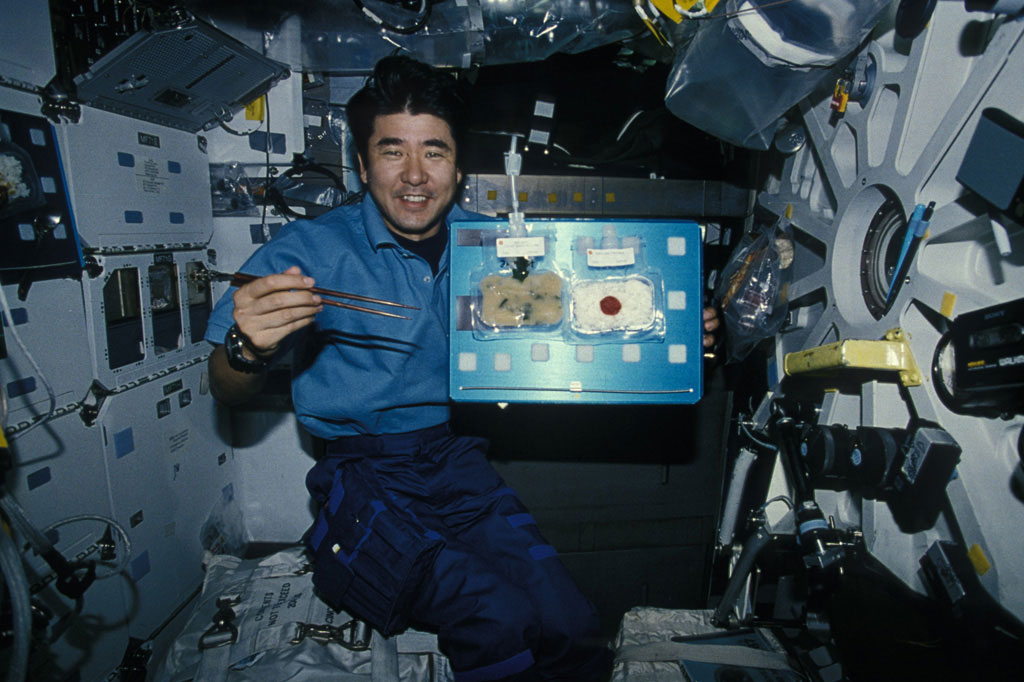 Chopsticks poised, Takao Doi prepares to eat a meal aboard aboard the Space Shuttle Endeavour in 1997. Photo: NASA

He told a questioner from a developing country that everyone’s contributions are needed to make advances in outer space that would benefit humankind: “No one country has all innovative ideas; need international cooperation,” he tweeted.

“The exploration of outer space is a truly global undertaking and I hope that the International Day of Human Space Flight will inspire young people, in particular, to strive towards new frontiers of knowledge and understanding,” the new Director of UNOOSA, Simonetta Di Pippo said in her video message for the International Day.

Also to celebrate the day, UNOOSA, which is based at UN headquarters in Vienna, has launched its third edition of the online autograph album “Messages from Space Explorers for future generations,” which features notes from international astronauts in English, French and Russian.

The present edition contains 57 messages from astronauts of 20 countries, including from the first woman in space, the first Chinese woman in space and the pilot of the Apollo16 Lunar Module, and is available on the UNOOSA website. 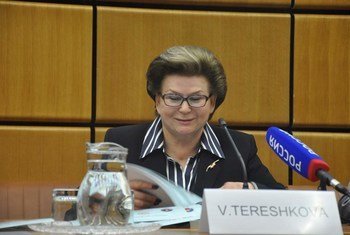 13 June 2013
The United Nations today commemorated the first space flight by a woman over 50 years ago and the contributions by women to that endeavour since then, hailing these “trailblazers” as powerful role models for young women and men worldwide.