Violaine Martin
Frank La Rue, Special Rapporteur on the promotion and protection of the right to freedom of opinion and expression.
28 March 2014

A group of independent United Nations human rights experts today voiced serious concern over the Turkish Government’s measures, taken in the context of upcoming elections, to prevent access to video-sharing website YouTube, a week after social media platform Twitter was shut down.

“The right to freedom of opinion and expression is a central pillar of modern democratic societies,” the Special Rapporteur monitoring protection of that fundamental right, Frank La Rue, said.

“Blocking access to YouTube and Twitter entirely unduly restricts this fundamental right. This is all the more surprising following the recent temporary court injunction against the blocking of Twitter,” he added in a news release.

He noted that concerns about national security can be legitimate, but limitations to the freedom to seek, receive and impart information must conform to the strict test of necessity and proportionality to the aim pursued.

“International standards are clear: the free communication of information and ideas about public and political issues among people, candidates and elected representatives is essential,” he stated.

According to media reports, a Turkish court this week overruled the Government’s ban of Twitter, but the website is still blocked. This comes ahead of the nationwide municipal elections scheduled for Sunday, the first polls since last year’s anti-Government demonstrations.

The Special Rapporteur on the situation of human rights defenders, Margaret Sekaggya, highlighted the key role of social media and access to information for those who defend and promote human rights, including by monitoring elections and public debate, and by raising issues of public interest.

“Such restrictions could undermine the legitimacy of the electoral process and call into question the guarantees of free and fair exercise of people’s civil and political rights,” they said. 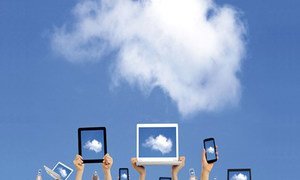 The United Nations Office of the High Commissioner for Human Rights (OHCHR) today expressed concern at Turkey’s recent decision to block access to the social media platform Twitter, noting that it is – along with any decision to curb freedom of expression online – in contradiction with the country’s international human rights commitments.