UNESCO, UNESCO/Ron Van Oers
Three UNESCO World Heritage Sites in Syria are being used for military purpose and this raises the risk of imminent and irreversible destruction.

In a rare joint statement issued as the crisis in Syria enters its fourth year, the senior officials said that as Syrians continue to endure incalculable human suffering and loss, their country’s rich tapestry of cultural heritage is being ripped to shreds in the conflict due to fighting, looting, and pillaging at ancient archaeological sites.

“All layers of Syrian culture are now under attack - including pre-Christian, Christian and Muslim,” they said, placing efforts to save Syrian’s heritage within the wider scope of ending violence in the country.

They noted that the protection of cultural heritage is inseparable from the protection of human lives, and should be an integral part of humanitarian and peacebuilding efforts, adding “now is the time to stop the destruction, build peace and protect our common heritage”.

Four of the country’s six UNESCO World Heritage sites are being used for military purposes or have been transformed into battlefields. These include the Crac des Chevaliers and Qal’at Salah El-Din, castles constructed during the Crusades between the 11th and 13th centuries.

Other sites being used for military purposes include Palmyra, which contains ruins of what was believed to have been one of the most important cultural centres of the world in the 1st and 2nd centuries; the Saint Simeon Church in the ancient villages of Northern Syria; and Aleppo, including the Aleppo Citadel.

Syria has two additional sites inscribed to the World Heritage List, the ancient cities of Bosra and Damascus, and 12 sites which are currently under consideration for admission to the list.

The UN today again drew attention to the systematic looting and illicit trafficking of cultural objects from Syria which have reached “unprecedented levels”.

UNESCO officials have said in the past that some of these sites are being wrecked and looted, compromising their scientific value. Among them, the site of Apamea on the Orontes River has been completely destroyed by thousands of illegal digs.

“We appeal to all countries and professional bodies involved in customs, trade and the art market, as well as individuals and tourists, to be on alert for stolen Syrian artifacts,” the joint statement says, also requesting parties to verify the origin of cultural property in adherence to the UNESCO 1970 Convention on illicit trafficking of cultural property.

The officials also spoke out against reports that Syrian artifacts were being deliberately targeted for ideological reasons.

“Human representations in art are being destroyed by extremist groups intent on eradicating unique testimonies of Syria’s rich cultural diversity,” they said in the joint statement. 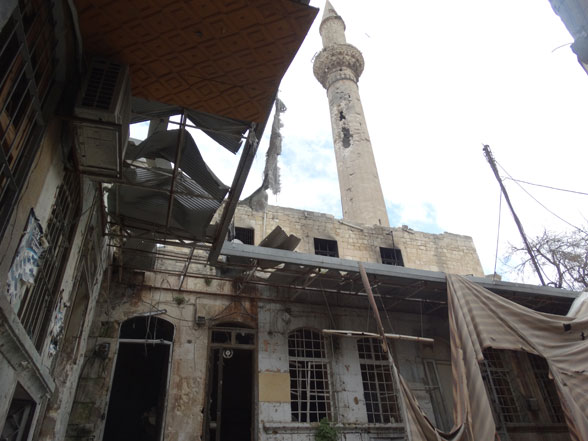 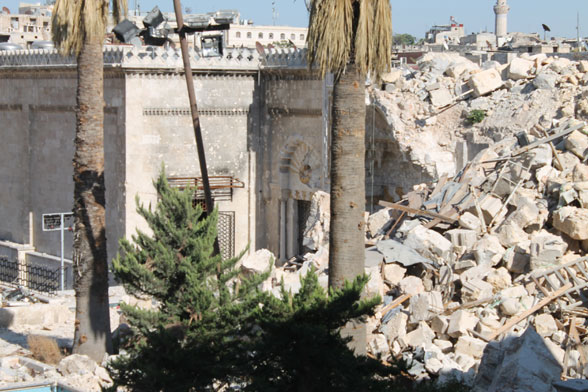 Courtyard of the Great Mosque of Aleppo 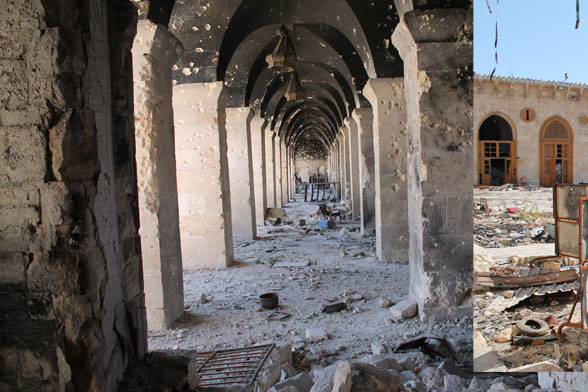 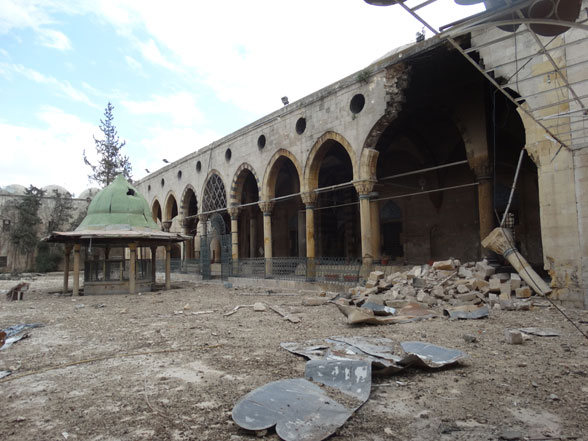 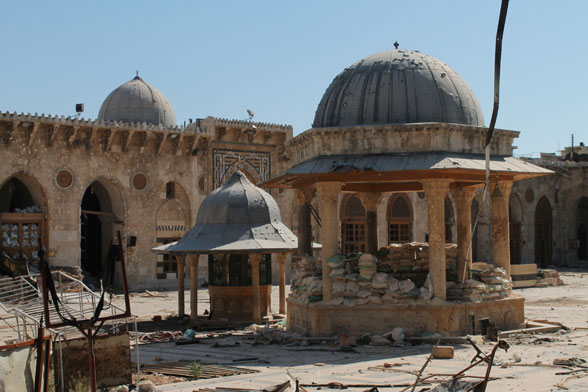 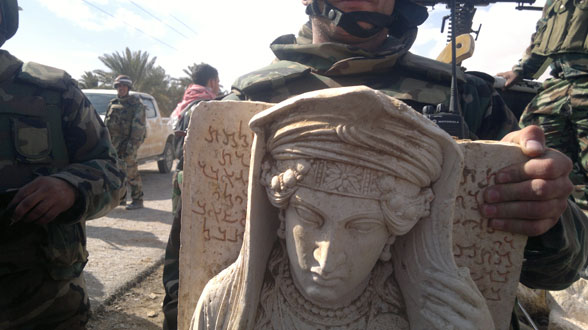 Ancient Statue out of Palmyra 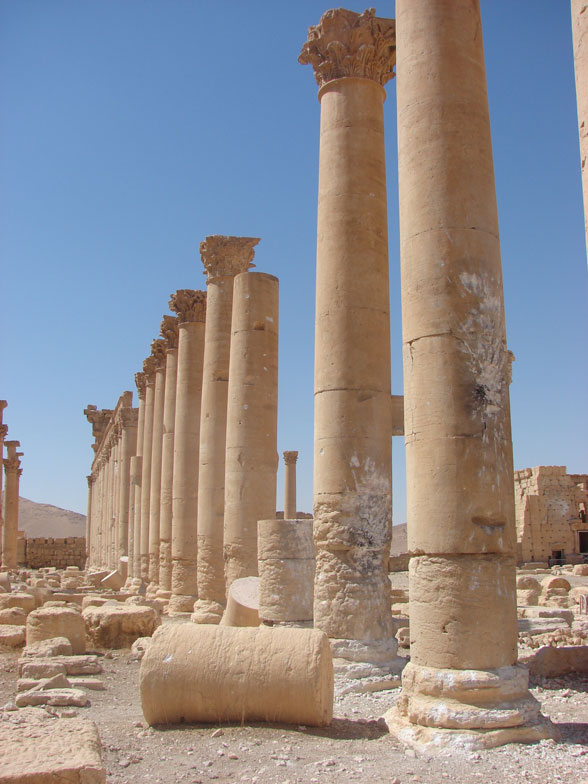 Mr. Ban, Ms. Bokova and Mr. Brahimi reminded all parties involved in the conflict of their legal obligations under the 1954 Hague Convention for the Protection of Cultural Property in the Event of Armed Conflict, to which Syria is a signatory and which enjoins High Contracting Parties to refrain from acts of hostility directed against such property.

They also called on all parties to halt immediately all destruction of Syrian heritage and protect the World Heritage Sites, in line with UN Security Council resolution 2139 (2014).

Since March 2011, the Syrian conflict has killed well over 100,000 people and driven 8 million from their homes, with 2 million of them seeking refuge in neighbouring countries. 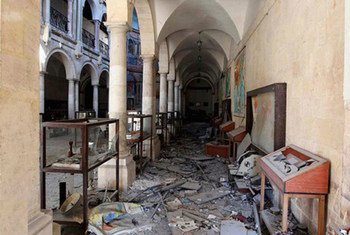 5 February 2014
The Syrian Government moved the majority of content from its 34 national museums into safe havens, a senior United Nations official today said, warning that the nearly three-year conflict has nevertheless dealt a major blow to the country’s vast and varied cultural heritage.