FAO/Giuseppe Bizzarri
Family poultry production is an important component of the livelihoods of many small farmers in developing countries.
5 March 2014

As 2014 is being celebrated as the International Year of Family Farming, Mr. Ban warned that while small-scale farmers, fisherfolk, forest-dependent people, pastoralists and indigenous communities are key to achieving food security worldwide, they are also the most vulnerable to climate change events and extreme weather conditions such as droughts and floods.

In a message relayed today to the Global Forum and Expo on Family Farming in Budapest by José Graziano da Silva, Director-General of the UN Food and Agriculture Organization (FAO), the UN chief stressed the importance of public and private lenders providing them with financial support such as credit and insurance.

“Governments can empower family farmers, especially women and youth, by creating policies conducive to equitable and sustainable rural development,” the Secretary-General said in his message. “This includes better infrastructure to reduce the amount of food lost after harvest when small-scale producers are unable to store, process and transport their goods.”

According to a recent study of 93 countries, family farms account for over 90 percent of all farm holdings. Family farmers also manage most of the world’s farm land, including 63 percent in Europe, said Mr. Graziano da Silva, address the forum on his own behalf, echoing the Secretary-General’s appeal for serious “commitments” by Governments to adopt sustainable pro-family farming policies.

In addition to producing “a high proportion of the food we eat,” the FAO chief noted that family farmers also are “by far the biggest source of employment in the world,” and “the guardians of the world’s agro-biodiversity and natural resources.” It is therefore crucial, he continued, that Governments protect them from rising threats to their traditional access to land due to insecurity and land grabbing.

The Committee on World Food Security’s approved Voluntary Guidelines on the Responsible Governance of Tenure as well as its Principles on Responsible Agricultural Investments currently being negotiated are of great importance to keep these threats in check, he said.

“Large private sector investments in agriculture exist and will continue, whether we like it or not,” Mr. Graziano da Silva stated. “So it is paramount that there is a common understanding on how to invest in ways that are sustainable and protect the rights of family farmers and poor communities.” 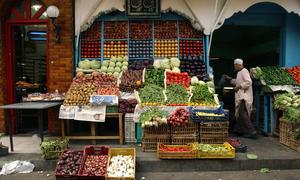 Conflict, the flow of refugees and migration are worsening food security in the Near East, along with constraints on food production and a growing dependence on imports, the head of the United Nations Food and Agriculture Organization (FAO) told a conference in Rome today.