5 March 2014
The United Nations today launched a new phase of support in Sierra Leone with the transitioning of its political mission to a more development-focused UN presence, a sign of the West African nation’s sustained recovery from a brutal civil war and an example to follow for countries still grappling with conflict.

“Sierra Leone represents one of the world’s most successful cases of post-conflict recovery, peacekeeping and peacebuilding,” Secretary-General Ban Ki-moon said at a press conference alongside Sierra Leonean President Ernest Bai Koroma in Freetown.

“Here we have seen great strides towards peace, stability and long-term development,” he noted, calling on other countries to draw hope from Sierra Leone’s “inspiring example of the power of international solidarity and national resolve to overcome even the most brutal conflicts.”

Six years after it was established, the UN Integrated Peacebuilding Office in Sierra Leone (UNIPSIL) formally closed and transferred its responsibility to the UN Country Team, which consists of 19 agencies, funds and programmes, based on the UN Development Assistance Framework, known as UNDAF.

“I can confirm here officially that the United Nations will continue to stand together with the Government and people of Sierra Leone in their march toward further and more participatory democracy and sustainable development and also promoting human rights,” Mr. Ban stressed in the press conference.

He explained that the UN Country team and specialized agencies will carry forward some of UNIPSIL’s residual tasks, including support for the ongoing constitutional review process. The UNDAF will help the Government press ahead with implementation of Sierra Leone’s Agenda for Prosperity, a social and economic development strategy for 2013-2018. 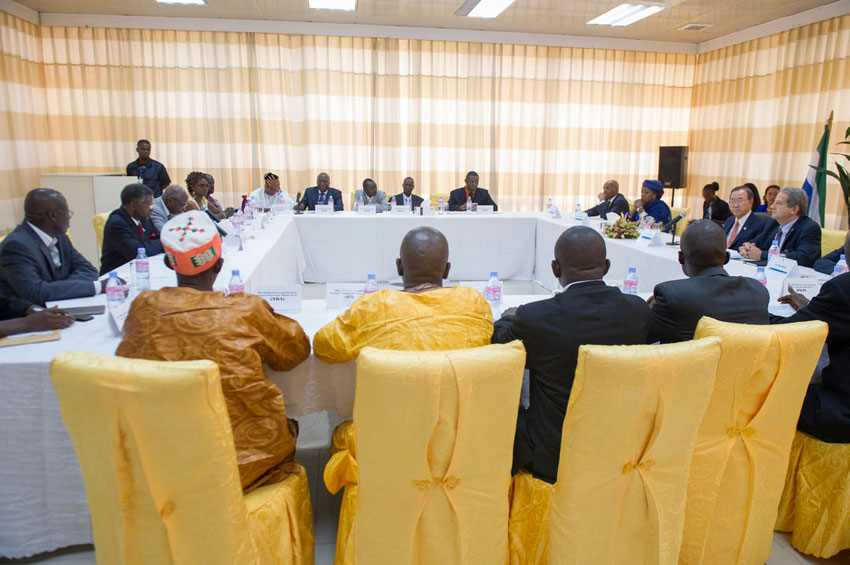 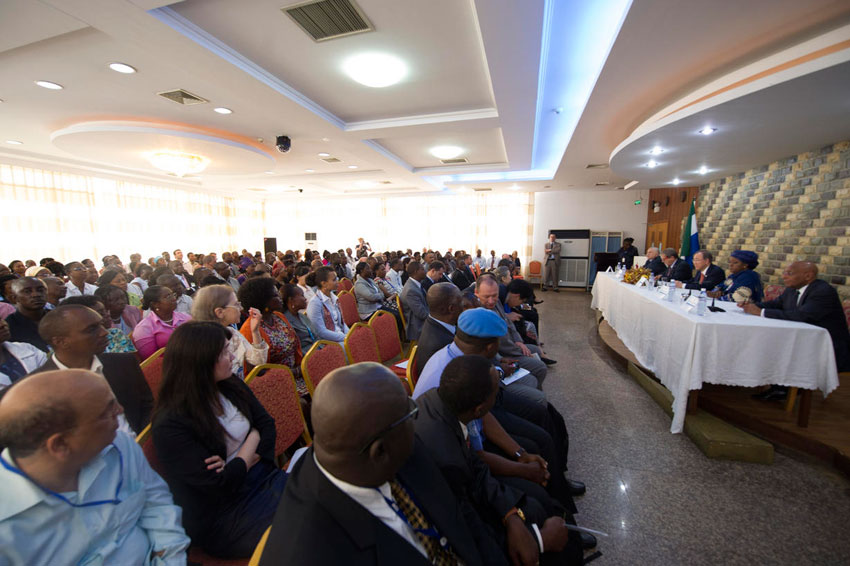 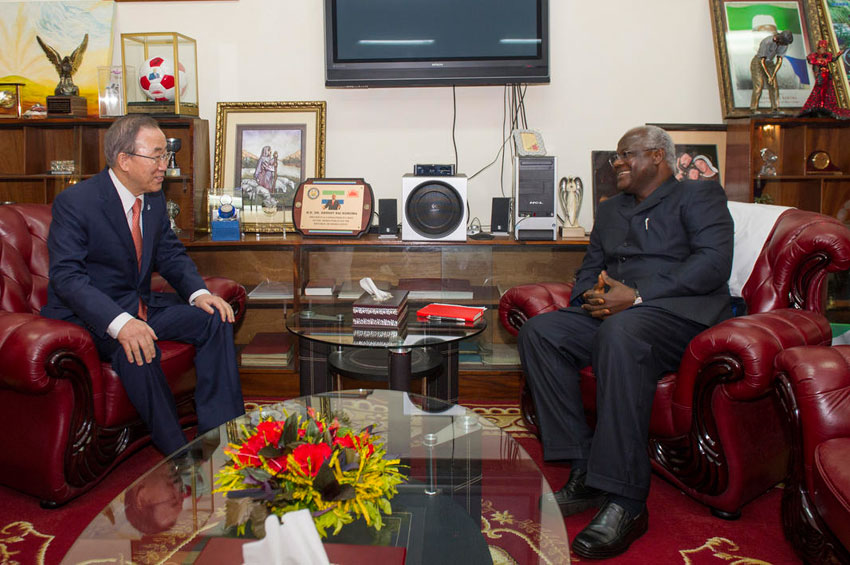 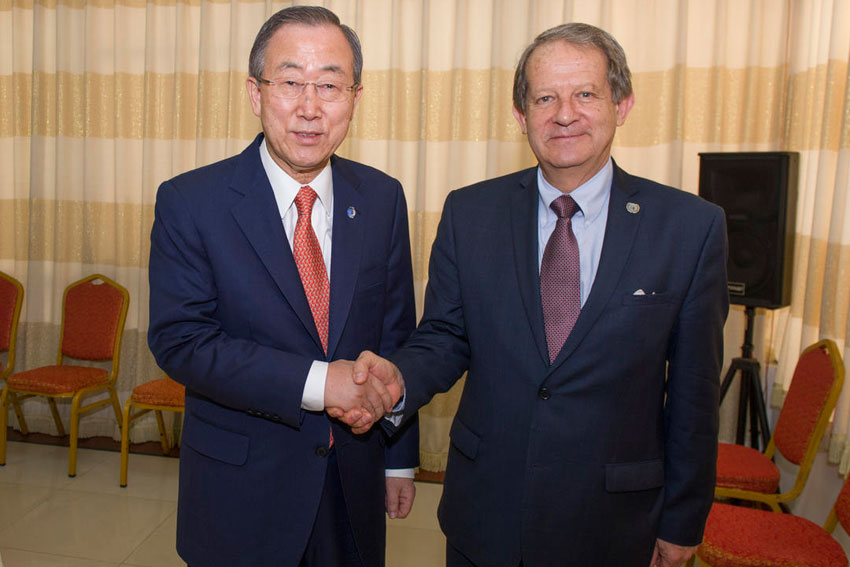 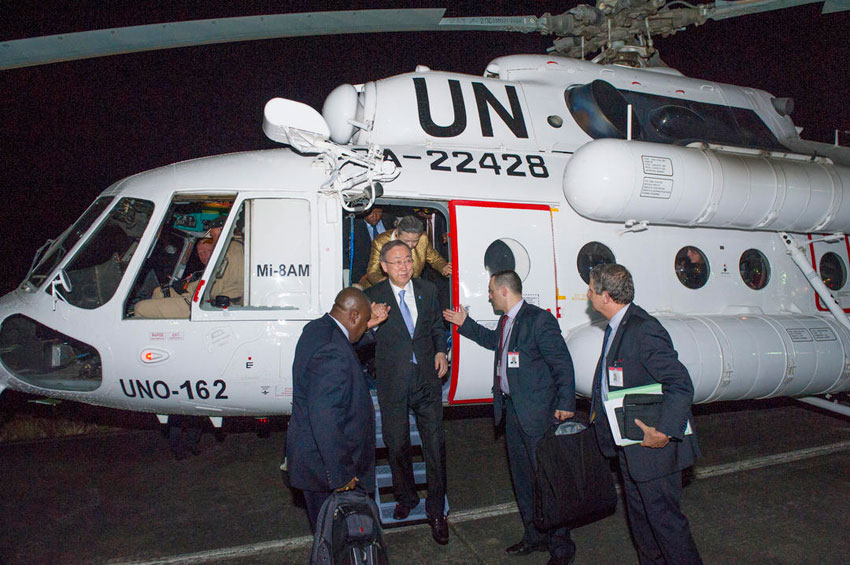 Secretary-General Ban Ki-moon arrives in Freetown, Sierra Leone where he then boards a UN Helicopter to town. UN Photo/Eskinder Debebe 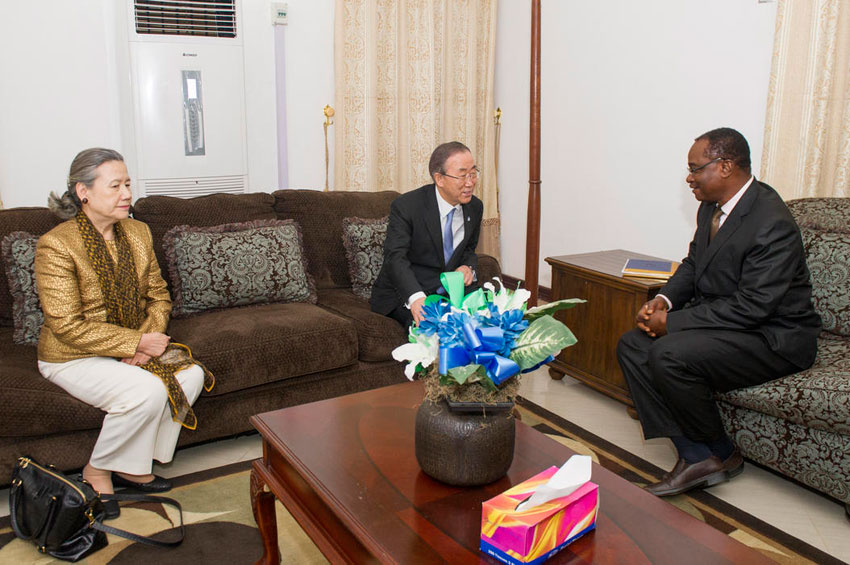 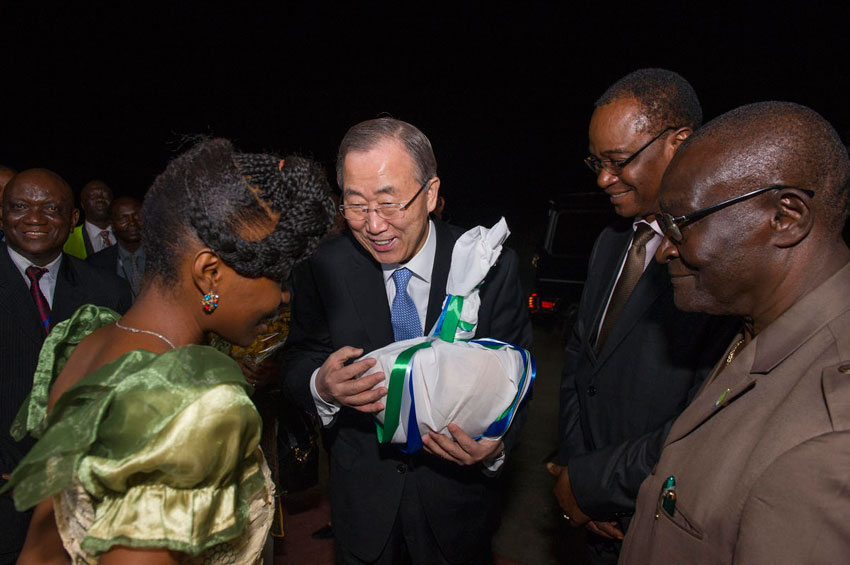 For 11 years, Sierra Leone was torn by a civil war after the rebel Revolutionary United Front intervened in an attempt to overthrow the country’s then-President Joseph Momoh. The conflict, which lasted from 1991 to 2002, was often punctuated by acts of extreme brutality as marauding bands of armed youths terrorized the countryside, conscripting child soldiers and used the amputation of limbs as an intimidation method against civilians.

In November 2012, the country successfully held national presidential, parliamentary and local council elections. They were the third since the end of the country’s civil war.

Sierra Leone also contributes police and armed forces to UN and African Union peacekeeping missions around the world, “a strong vote of confidence in the value of UN blue helmets from a country that once hosted the largest UN peacekeeping operation in the world,” Mr. Ban said.

Given such signs of real progress in the country, the Security Council unanimously agreed last year that UNIPSIL would drawdown as of 31 March 2014. During its last year, the political mission focused on three main areas: good offices and the facilitation of political dialogue towards a constitutional review process and towards strengthening conflict prevention and resolution processes; security sector support; and strengthening of human rights institutions.

During his visit, his second to Sierra Leone as Secretary-General, Mr. Ban also met with representatives of political parties and civil societies. 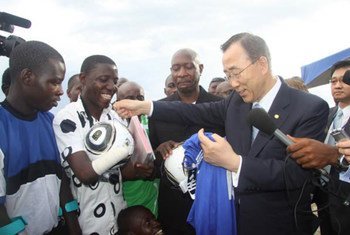 26 March 2013
The Security Council today extended the United Nations mission in Sierra Leone until 31 March 2014, by when it should be fully drawn down and its responsibilities transferred to the UN country team.