The law criminalizes and imposes life imprisonment for homosexuality, same-sex marriage and “aggravated homosexuality,” according to a news release issued by the High Commissioner’s Office (OHCHR).

“Disapproval of homosexuality by some can never justify violating the fundamental human rights of others,” Ms. Pillay said. “This law will institutionalize discrimination and is likely to encourage harassment and violence against individuals on the basis of their sexual orientation.

“It is formulated so broadly that it may lead to abuse of power and accusations against anyone, not just LGBT people,” she warned.

Ms. Pillay stressed that Uganda is obliged, both by its own Constitution and by international law, to respect the rights of all individuals and to protect them from discrimination and violence.

“This law violates a host of fundamental human rights, including the right to freedom from discrimination, to privacy, freedom of association, peaceful assembly, opinion and expression and equality before the law – all of which are enshrined in Uganda’s own Constitution and in the international treaties it has ratified.”

The High Commissioner expressed deep concern that the law could also threaten the critically important work of human rights defenders in the country, urging the Government to take immediate steps to ensure that they are not prosecuted for their advocacy.

Mr. Ban’s spokesperson said the Secretary-General is “seriously concerned” about the negative impact of the new law and shares the High Commissioner’s view that it violates human rights.

“It will institutionalize discrimination, restrict the vital work of human rights activists, and could trigger violence. It will also hamper potentially life-saving efforts to stop the spread of HIV,” Martin Nesirky told reporters in New York.

Mr. Ban has appealed for the complete and universal decriminalization of homosexuality, still a criminal offence in some 76 countries, stressing that human rights must always trump cultural attitudes and societal strictures.

Mr. Nesirky added that the Secretary-General intends to raise the anti-homosexuality law in his meeting today with the Permanent Representative of Uganda to the UN, Richard Nduhuura. 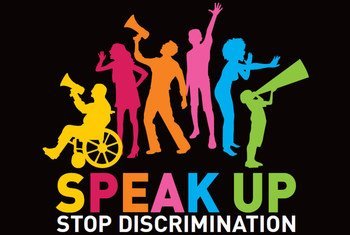 27 December 2013
The United Nations human rights office today called on the President of Uganda to refrain from signing the Anti-Homosexuality Bill into law, and urged the country to ensure the protection of lesbian, gay, bisexual and transgender (LGBT) people from violence and discrimination.