The United Nations agency leading the global HIV/AIDS response warned today that the signing of the Anti-Homosexuality Bill in Uganda would have “serious human rights implications” and urged protections for lesbian, gay, bisexual and transgender (LGBT) people around the world.

The bill, passed by the Ugandan Parliament on 20 December, calls for a 14-year jail term for a first conviction and imprisonment for life for the offence of “aggravated homosexuality.”

“I strongly urge the Ugandan authorities to reject the bill and ensure the human rights and dignity of all people in Uganda,” said Michel Sidibé, Executive Director of the Joint UN Programme on HIV/AIDS (UNAIDS).

“Uganda was the first country in Africa to break the conspiracy of silence on AIDS – and to give voice to the most marginalized – but now I am scared that this bill will take Uganda backwards, relinquishing its leadership role in the AIDS response,” Mr. Sidibé added.

The bill also has public health implications, UNAIDS, said citing studies which show that when gay people face discrimination including abuse, incarceration and prosecution, they are less likely to seek HIV testing, prevention and treatment services.

Globally, gay men are around 13 times more likely to become infected with HIV than the general population, emphasizing the urgent need to ensure safe access to HIV prevention and treatment services for all people everywhere.

UNAIDS also called on authorities to implement laws to protect people from violence and discrimination, to promote campaigns that address homophobia and transphobia, and to ensure access to health services including HIV prevention, treatment, care and support services.

The Office of the High Commissioner for Human Rights (OHCHR) has decried the bill, noting that it would have a detrimental effect not only on the fundamental rights of LGBT members of Ugandan society but also on the work of human rights defenders and efforts to address HIV/AIDS in the country.

Secretary-General Ban Ki-moon has appealed for the complete and universal decriminalization of homosexuality, still a criminal offence in some 76 countries, stressing that human rights must always trump cultural attitudes and societal strictures.

♦ Receive daily updates directly in your inbox - Subscribe here to a topic.
♦ Download the UN News app for your iOS or Android devices.
Uganda 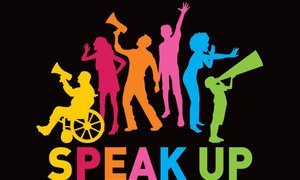 The United Nations human rights office today called on the President of Uganda to refrain from signing the Anti-Homosexuality Bill into law, and urged the country to ensure the protection of lesbian, gay, bisexual and transgender (LGBT) people from violence and discrimination.