The United Nations refugee agency today highlighted the need to address “significant shortcomings” in the process by which Australia moves asylum-seekers to Papua New Guinea and called for a probe into recent incidents that reportedly led to the death of an asylum-seeker on Manus Island.

Over the years, Australia has sent thousands of refugees who fled conflict, persecution or poverty in the Middle East and Central and South Asia to the processing centre on Manus Island in Papua New Guinea.

Babar Baloch, a spokesperson for the UN High Commissioner for Refugees (UNHCR), told reporters in Geneva that the agency is “very concerned” about the recent developments on Manus Island in which one asylum-seeker reportedly lost his life and several others were reported injured.

“We are in discussions with the Australian Government and welcome their commitment to investigate these events,” he stated.

Based on three visits to Manus Island, the latest in November 2013, UNHCR has consistently raised issues around the transfer arrangements and on the absence of adequate protection standards and safeguards for asylum-seekers and refugees in Papua New Guinea.

Mr. Baloch said that “significant shortcomings” in the legal framework for receiving and processing asylum-seekers from Australia remain, including lack of national capacity and expertise in processing, and poor physical conditions.

“We also highlighted that detention practices are harmful to the physical and psycho-social well-being of transferees, particularly families and children.”

He stated that UNHCR stands ready to work with the Governments of Australia and Papua New Guinea on how best to ensure that asylum-seekers, refugees and stateless persons receive appropriate protection. 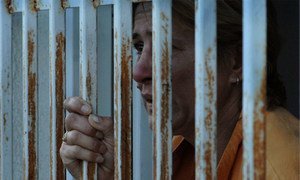 Asylum-seekers transferred from Australia to Pacific island processing centres, including survivors of torture and trauma and unaccompanied children, are living in arbitrary detention and harsh physical conditions that do not meet international standards, the United Nations refugee agency reported today.