12 February 2014
Standing on his hind legs to peer at a United Nations vehicle in South Sudan, he poked his head under the hood and sniffed, brown curls shaking around as he searched for explosives.

This water cocker spaniel is one of eight sniffer dogs that arrived last week from the UN Mission in Afghanistan (UNAMA) to help with random searches in and around UN bases and some displacement camps in strife-torn South Sudan .

“They are here to search and indicate if people are bringing in weapons or explosives or other contraband,” said Robert Thompson, UN Mine Action Service (UNMAS) Chief of Operations.

The dogs are currently undergoing training with UNMAS and its MineTech contractors to acclimatize to their new environment.

They will be stationed at main gates of the UN Mission (UNMISS) in the country and protection sites in the capital, Juba, working alongside the UN Department of Security and Safety and the UN Police as they carry out daily searches until the end of June.

Thousands of people are believed to have been killed and some 870,000 others have fled their homes since fighting broke out on 15 December in South Sudan between the forces of President Salva Kiir and deputy president Riek Machar.

Among those, 75,000 people are seeking refuge at eight UN bases throughout the country.

“The dogs will be primarily for the protection of civilian sites but we will also use them on the main gates both at UN house and Tomping compound,” Mr. Thompson told UNIFEED. “The dogs will also be flown to other areas like Bentiu and Malakal when needed.” 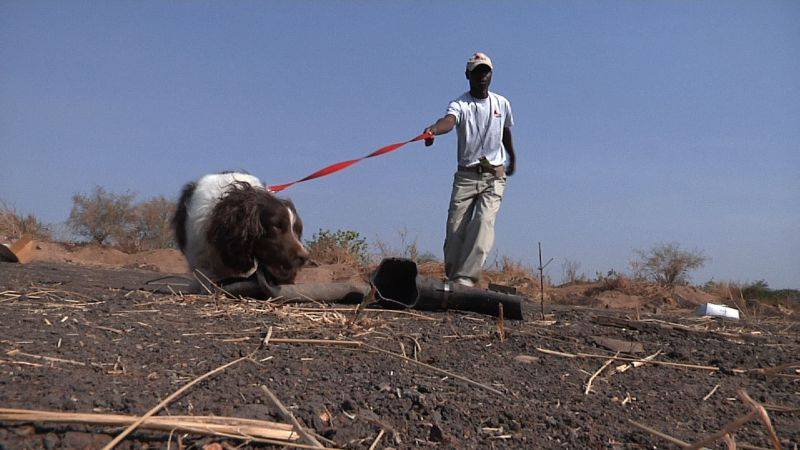 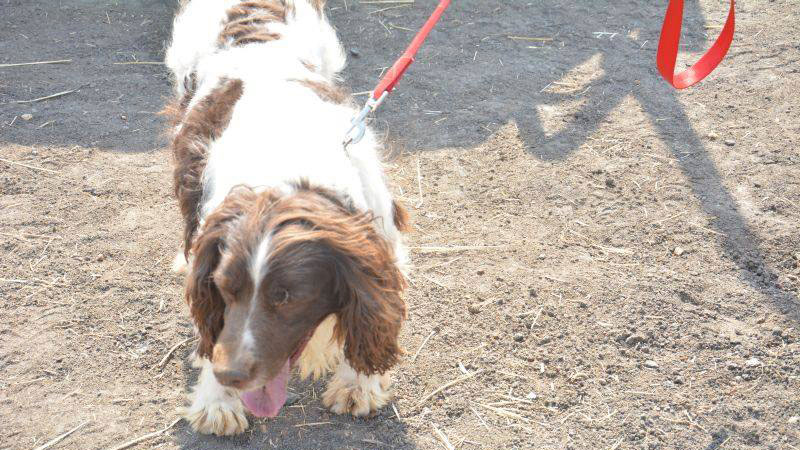 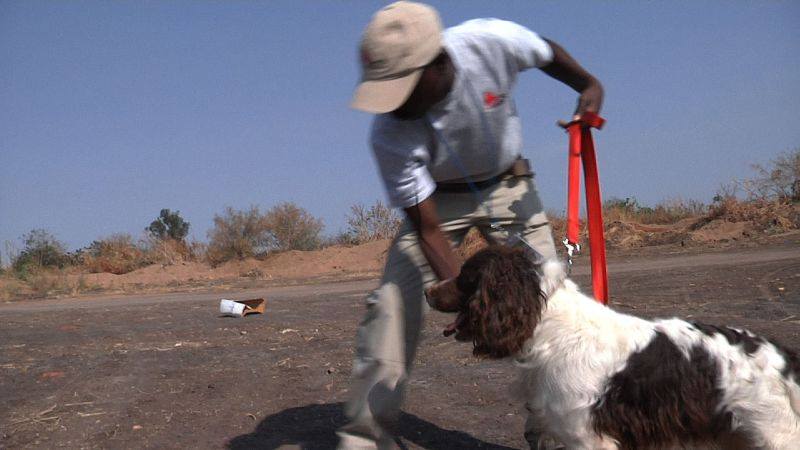 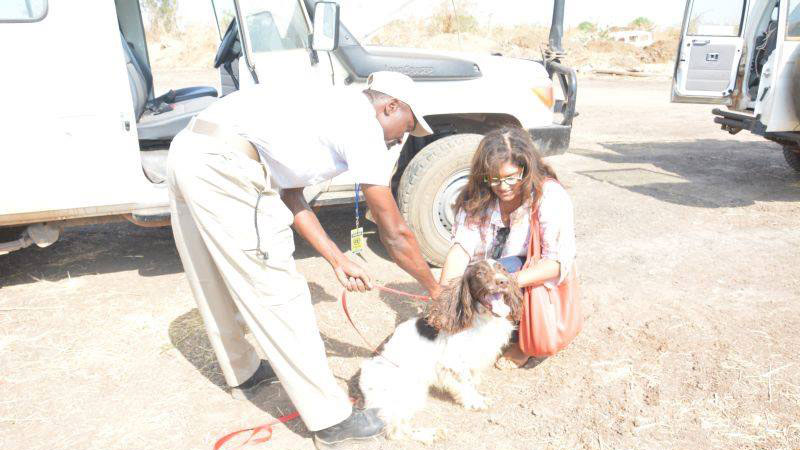 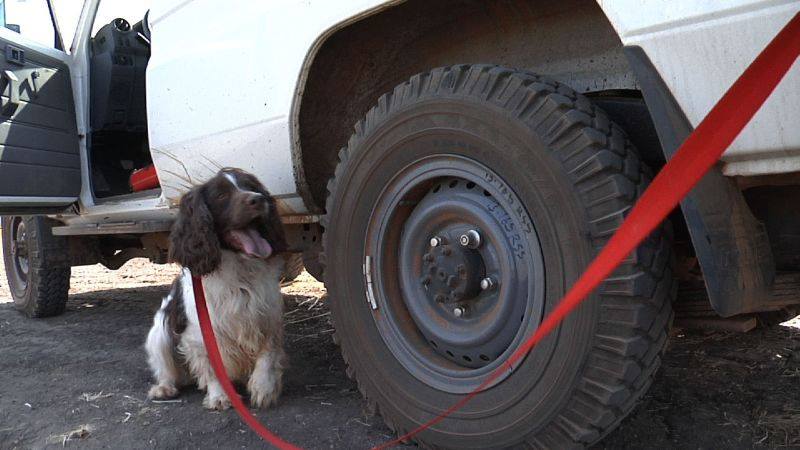 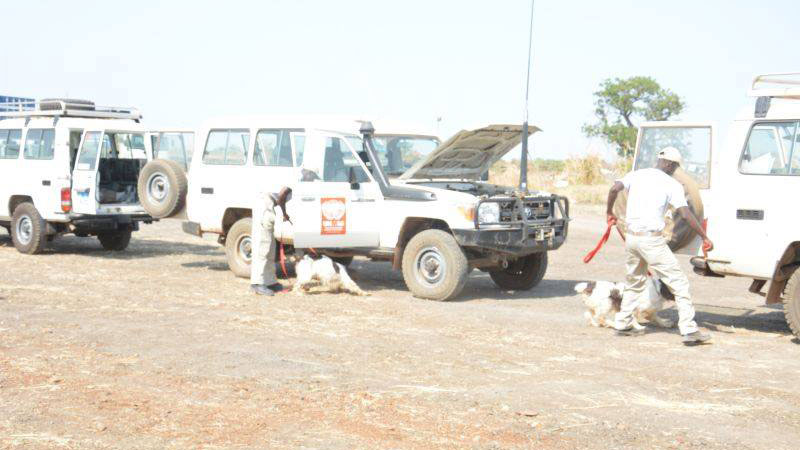 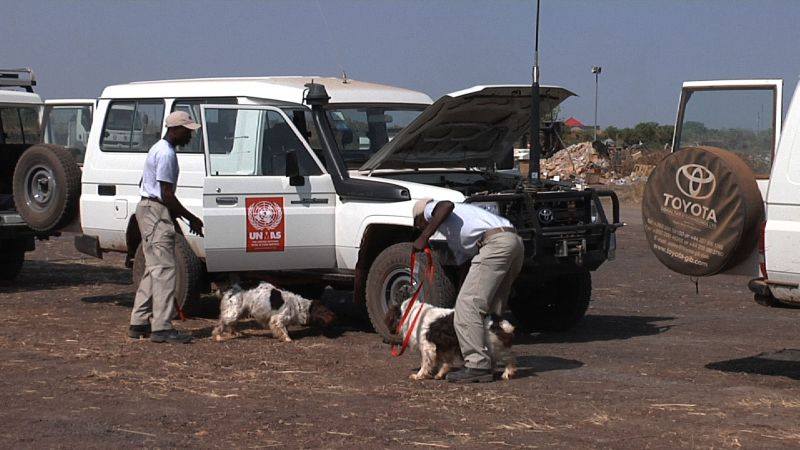 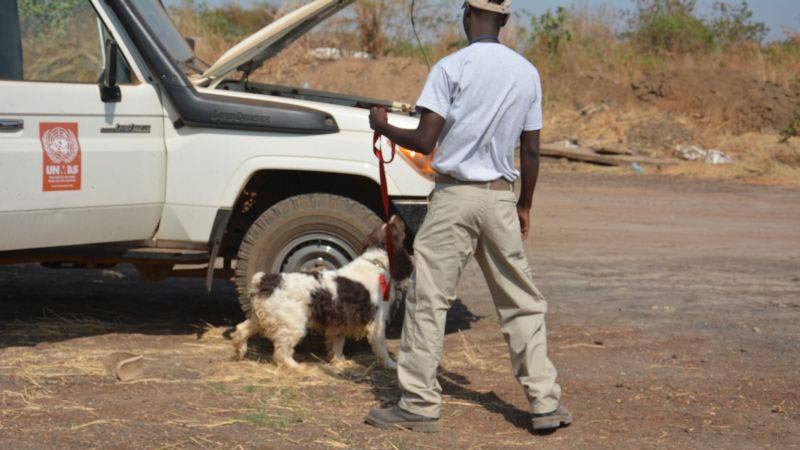 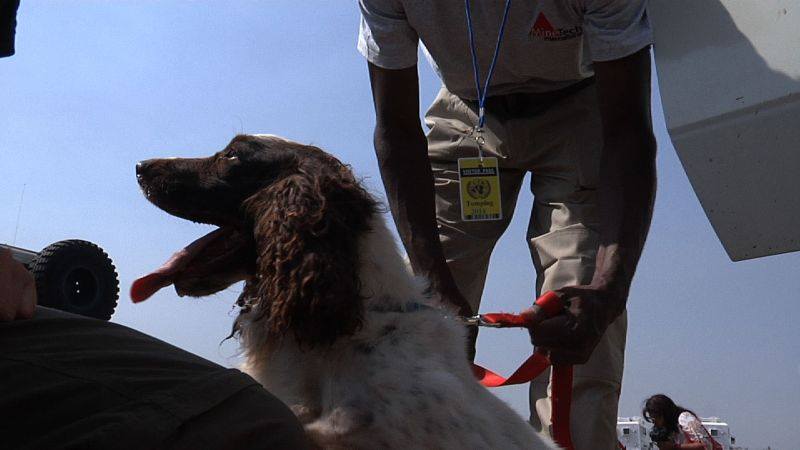 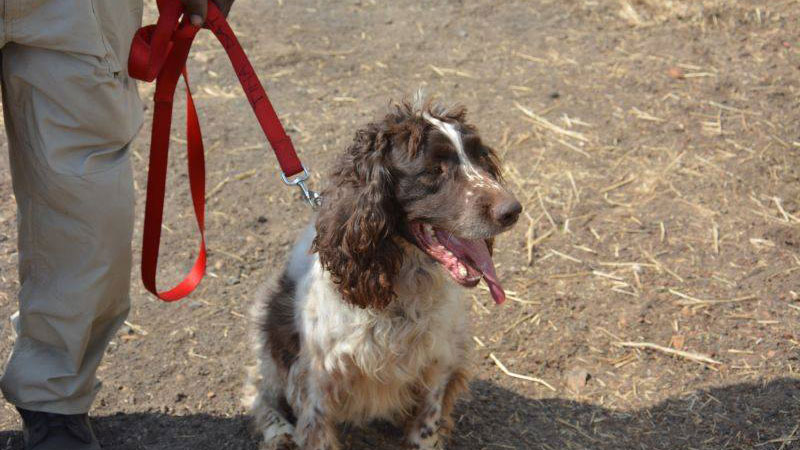 Most of the dogs are Labradors and water cocker spaniels originally from South Africa. They are on average three years old and have undertaken specialized training for three months before their deployment.

They sniff, sniff, snort, repeat. If it smells something suspicious, the dog is taught to sit down and await further instructions, as opposed to pawing at something that could potentially blow up.

“It is [a] good visual deterrent if anybody is thinking of bringing things in they know we have the capability to find things that are smuggled in the camp,” noted Mr. Thompson.

Last week, UNMAS found unexploded cluster bomblets along the Juba-Bor road in Malek. The bombs are unreliable and indiscriminate, potentially posing long-term danger to civilians and vehicles, and in line with the Convention on Cluster Munitions, the UN has said that it is firmly committed to ending their use, stockpiling, production and transfer. 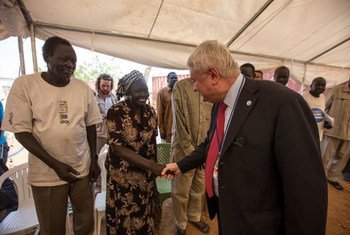