IRIN
Children in Dammaj village, northern Yemen, are cut off from food and healthcare.

5 February 2014
The United Nations Committee monitoring compliance with the Convention on the Rights of the Child, briefed reporters in Geneva today, highlighting the achievements and challenges in regards to child protection in Congo, Yemen, Portugal, Russia, Germany and the Holy See.

Expert members of the Committee on the Rights of the Child, including its Chairperson, Kirsten Sandberg, detailed the body's conclusions at the end of its 65th session, which ran in Geneva from 13 to 31 January 2014.

Briefing on the situation of children in the Congo, Benyam Mezmur said those discussions had been “very constructive” and had focused, as did the experts' Concluding Observations, on discrimination, particularly against girls and children of indigenous people and children affected by albinism. The Committee also discussed a range of issues regarding violence against children, including corporal punishment, exploitation and sexual violence, among other concerns.

Mr. Mezmur said the Committee was also concerned about child abandonment and what measures the Congo Government is putting in place to address that issue. On other concerns, he said that while the country had made strides in health care, its facilities remained ill-equipped and short staffed.

As for Yemen, he said the Committee expressed concern about the low age of criminal responsibility in the country, as well as the application of the death penalty for children. Yemen, Mr. Mezmur, noted is one of five countries that applied the death penalty to persons below the age of 18. The Committee was also concerned by the high numbers of child marriages and the negative impact that practice has on young girls.

Regarding the situation of children in armed conflict, he said the experts raised the issue of the high risk of children being killed or maimed by land mines as well as ongoing recruitment of child soldiers by armed forces.

Committee Chair Kirsten Sandberg said that her comments were based on the body's Concluding Observations and began her portion of the briefing explaining that by ratifying the Convention and the Optional Protocol, the Holy See had committed itself to implementing the treaties not only on the territory of the Vatican City State, but also as the supreme Power of the Catholic Church through individuals and institutions placed under its authority.

Yet, she said the Committee was concerned that, among others, “the Holy See's past statements and declarations on homosexuality have contributed to the social stigmatization of and violence against lesbian, gay, bisexual and transgender (LGBT) adolescents and children raised by same-sex couples.” The Committee was also concerned that the Holy See has not done enough to protect the rights of girls arbitrarily placed by their families in States institutions and churches, including the so-called “Magdalen Laundries” of Ireland, run by four congregations of Catholic sisters until 1996.

As for “clerics that have been involved in the sexual abuse of tens of thousands of children worldwide,” Ms. Sandberg said the Committee found that the policies and practices adopted by the Holy See have led to the continuation of the abuse by and impunity of the perpetrators. “The Holy See has consistently placed the preservation of the reputation of the Church and the protection of the perpetrators above the best interest of children,” Ms. Sandberg said, adding that the Committee was also concerned by the “code of silence” on the matter that was placed on the concerned children and churches.

Turning next to the Committee's findings as it reviewed Germany's report, she said that in the decade that had passed since the body last examined the country's compliance, “there are a lot of good things to say about Germany, but we still have some concerns.” Ms. Sandberg noted, among other concerns, that there was no Federal body in the country to coordinate implementation of the Convention. Further, the Government has not provided the German Institute of Human Rights a mandate to monitor the implementation of the treaty or receive individual complaints from children.

She went on to say that the Committee's experts were concerned that there are a significant number of girls living in Germany affected by genital mutilation or are at risk of being temporarily sent to their countries of origin for that practiced to be performed. “The situation of unaccompanied minors also poses some challenges in Germany, Ms. Sandberg continued, noting in particular that asylum-seeker acts provide that children of 16 years of age have the legal capacity to begin the asylum process on their own. This could lead to their being treated as adults and therefore not getting the protection they wold need.

Among the Committee's concerns regarding Russia, expert Maria Herczog mentioned legislative developments that adversely impacted children, including the 2012 Act banning the adoption of Russian children by United States citizens. The law, she noted, has deprived many children in care institutions, including children with disabilities, from the prospect of adoption and the opportunity to live in a familial environment.

“We all know that inter-country adoption is a very controversial issue, but in this case, this is not serving the best interests of children,” stated Ms. Herczog.

She also cited other concerns such as discrimination against children in LGBT families, Roma children and children of migrant workers; corporal punishment and abuse, including sexual abuse in care institutions; the “excessive” diagnosis of children with psychiatric diseases; illegal detention of children by law enforcement; and compulsory military education to boys at the age of 15 in the mainstream schools, which also involves firearms training.

It was clear from the “very constructive” Committee's findings discussion with the Government of Portugal that the economic crisis and the subsequent austerity measures have had a very negative impact on many of the policies and programmes initiated by the Government, Ms. Herczog said, adding that this has taken its toll on families and on public social investment.

As a result, children are increasingly at risk of succumbing to poverty and lacking access to proper services, and not enjoying their rights under the Convention, including housing, education and social protection, she stated. The decrease in social benefits has affected some half a million children in the country.

Although Portugal has been pursuing a strong integration policy, Roma – which number some 40,000-60,000 – face discrimination with respect to employment, housing and education that has a “devastating” effect on Roma children, Ms. Herczog said. Discrimination against people of African descent was also a concern, as were the large number of young children in institutions, children in solitary confinement, and child labour, which is not currently a big problem but could re-emerge as one given the economic difficulties and fast growing poverty in the country. 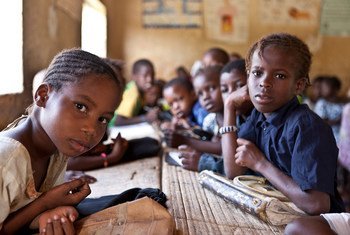 30 January 2014
Urging greater efforts to identify and address the gaps that prevent the most disadvantaged of the world’s 2.2 billion children from enjoying their rights, the United Nations released an innovative new report today spotlighting the importance of data in targeting funds and action to reach those who need it most.