28 January 2014
Global foreign direct investment (FDI) rose to levels not seen since the start of the global economic crisis in 2008, increasing by 11 per cent in 2013 to an estimated $1.46 trillion, with the lion’s share going to developing countries, according to a United Nations report released today.

Global foreign direct investment (FDI) rose to levels not seen since the start of the global economic crisis in 2008, increasing by 11 per cent in 2013 to an estimated $1.46 trillion, with the lion’s share going to developing countries, according to a United Nations report released today.

But developed countries remained at an historical low (39 per cent) for the second consecutive year. They increased by12 per cent to $576 billion, but only to 44 per cent of their peak value in 2007, with FDI to the European Union (EU) increasing, while flows to the United States continued their decline.

Although inflows to developed countries appear to be recovering over 2012, the picture is mixed: despite positive signs of recovery in some developed country regions such as parts of the EU, flows to the United States failed to reverse their decline, contrary to other signs of economic recovery over the past year. Inflows to Japan rose by 61 per cent to $2.8 billion, but Australia and New Zealand saw sharp declines of 28 per cent to $40 billion and 75 per cent to $0.5 billion, respectively.

With inflows to China at an estimated $127 billion, including both financial and non-financial

Sectors, the country again ranked second in the world, closing the gap with the US to some $32 billion. India experienced a 17 per cent growth to $28 billion, despite unexpected capital outflows in the middle of the year.

FDI growth slowed in the Association of Southeast Asian Nations (ASEAN), as inflows to Singapore, the largest recipient in South-East Asia, stagnated at $56 billion. But prospects for the group continue to be promising, as more FDI arrives from China and Japan in a wide range of sectors, including infrastructure, finance and manufacturing.

West Asia’s two main recipients, Saudi Arabia and Turkey, registered significant declines of 19 per cent (to $9.9 billion) and 15 per cent (to $11 billion) respectively. Turkey witnessed virtually no large FDI deals. In addition, the worsening political instability in many parts of the region have caused uncertainty and negatively affected investment.

Flows to Latin America and the Caribbean increased by 18 per cent, the fourth consecutive year of growth, to an estimated $294 billion. While in previous years growth was largely driven by South America, in 2013 Central America and the Caribbean were the main recipients, with increases of 93 per cent and 38 per cent respectively. Flows to South America declined by 7 per cent.

The $18 billion acquisition of Grupo Modelo in Mexico explains most of Central America’s increase, while the strong rise in the Caribbean was mainly driven by the British Virgin Islands.

In addition, FDI to Brazil, the largest recipient in the sub-region, with 47 per cent of South America’s total in 2013, declined by a slight 3.9 per cent, but remained significant at $63 billion. Nevertheless, this decline should be seen in the context of strong growth in previous years that boosted FDI in Brazil to historical highs.

Inflows to Africa rose by 6.8 per cent to an estimated $56.3 billion, due to the strong performance of Southern Africa, including South Africa and Mozambique which experienced record levels of more than $10 billion and $7 billion respectively, as well as lower levels of divestment in Angola compared to previous years.

Persistent political and social tensions continued to subdue flows to North Africa, where only Morocco registered solid growth of 24 per cent to $3.5 billion. Nonetheless, there are signs that investors are ready to return to the region, with many big cross-border deals targeting Egypt. In Sub-Saharan Africa, Nigeria's lacklustre performance ($5.5 billion) is the result of a retreat from the oil industry.

Transition economies experienced a significant 45 per cent rise, reaching a record level of an estimated $126 billion, with Russia jumping by 83 per cent to $94 billion, making it the world's third largest recipient for the first time ever.

The rise was predominantly ascribed to the large acquisition by BP (United Kingdom) of 18.5 per cent of Rosneft (Russia Federation) as part of Rosneft's $57 billion acquisition of TNK-BP, which is owned by a company registered in the British Virgin Islands. 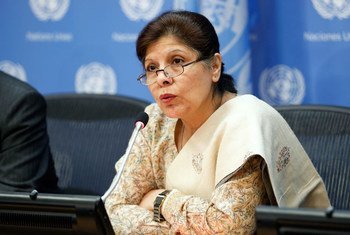