“We agreed that the challenges facing Iraq require all political leaders to fulfil their responsibilities to ensure social cohesion, dialogue and progress over political obstacles,” Mr. Ban said, speaking alongside Prime Minister Nouri Al-Maliki, following their meeting in Baghdad.

He also met with the Vice-President, the Foreign Minister, the Speaker of the Council of Representatives and President of the Independent High Electoral Commission.

“The people of Iraq are looking to their leaders for tangible benefits and a better future,” he added, noting that the parliamentary elections due to held in April are an “opportunity” to deliver on these legitimate expectations.

Urging Iraq’s leaders to address root causes of the current wave of unrest, ensuring that “nobody is left behind,” Mr. Ban encouraged measures to strengthen the country’s social fabric – through political participation, democratic processes and institutions, respect for the rule of law and human rights, and inclusive development. 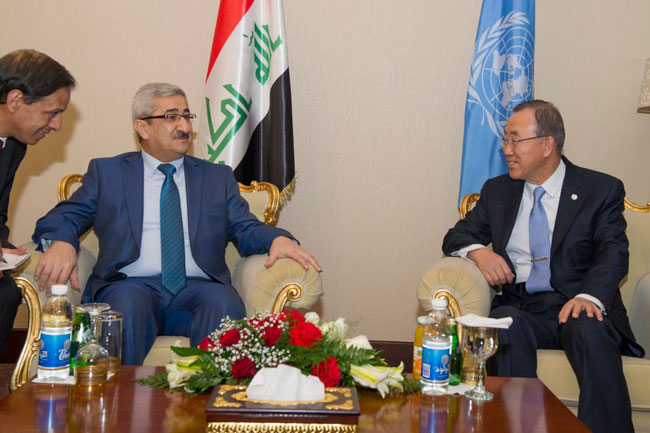 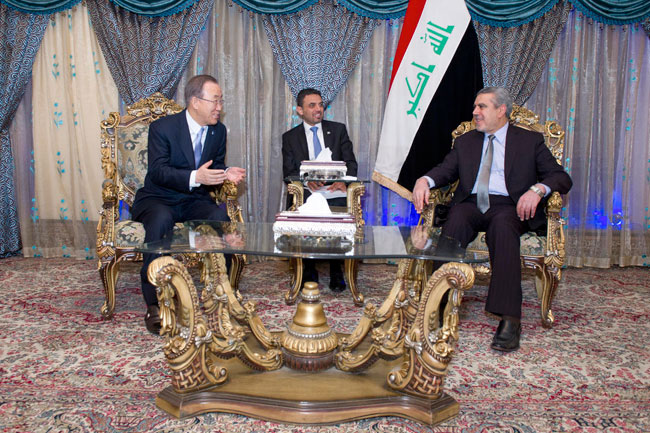 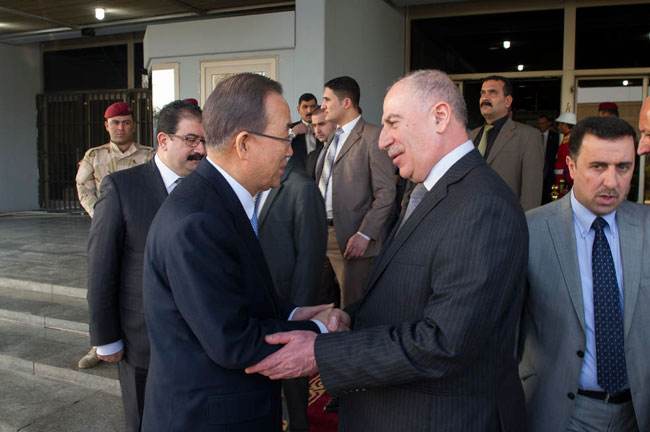 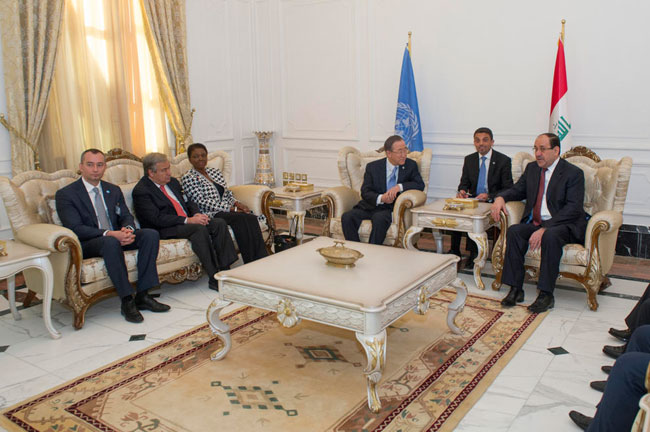 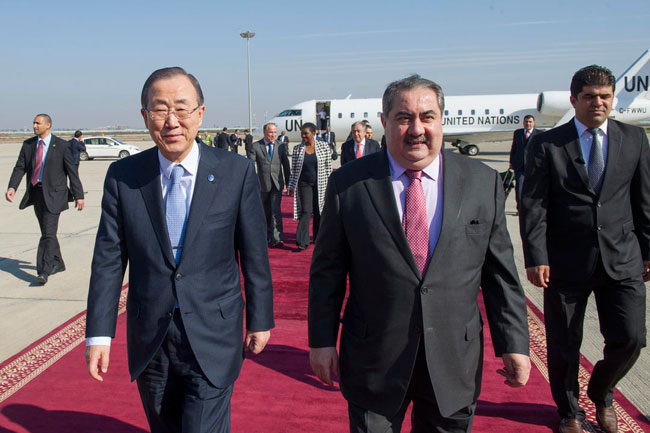 “Iraq’s leaders have always a grave responsibility to protect the security and welfare of the Iraqi people,” the UN chief said. He added that leaders must find common ground and that he counts on them to show “courage, wisdom, persistence and vision”.

Last Friday, the Security Council in New York strongly deplored ongoing clashes in the cities of Ramadi and Fallujah in Anbar province, condemning attacks being carried out by Al-Qaida-linked militants and stressing the critical importance of continued national dialogue and unity.

In its statement, the 15-member Council welcomed comments from Grand Ayatollah Sistani welcoming internally displaced residents of Anbar to Najaf and Karbala, as well as the commitment of a number of communities - Sunni, Shia and Kurd - to meet the needs of the displaced.

In his remarks, Mr. Ban also welcomed the reinvigorated dialogue between Baghdad and Erbil, and agreements reached on revenue sharing and security arrangements with the Kurdistan region.

“I hope leaders will seize this opportunity,” he said, emphasizing that there is “no alternative to a united, federal and democratic Iraq”.

Mr. Ban is in the region ahead of a humanitarian pledging conference for Syria he will chair on Wednesday in Kuwait. The conference, hosted by Kuwait’s Emir Sheikh Sabah al-Ahmad al-Sabah, aims to raise $6.5 billion through 2014 for displaced Syrians and those seeking refuge in neighbouring countries, including Iraq.

Speaking at the press briefing, Mr. Ban thanked Iraq for its “general support” to the more than 220,000 Syrians in the country, and urged Member States to step up their funding and assistance to countries hosting refugees from the country. Since the conflict first erupted in March 2011, more than 100,000 people have been killed and millions driven from their homes, of whom 2 million are seeking refuge in neighbouring countries.

Strongly deploring recent clashes in the cities of Ramadi and Fallujah in Iraq’s Anbar province, the United Nations Security Council today condemned the attacks being carried out by Al-Qaida-linked militants and recognized the “great courage” shown by the Iraqi security forces and local leaders to counter the threat posed by the terrorist group.