27 December 2013
The United Nations human rights office today called on the President of Uganda to refrain from signing the Anti-Homosexuality Bill into law, and urged the country to ensure the protection of lesbian, gay, bisexual and transgender (LGBT) people from violence and discrimination.

“LGBT individuals in Uganda are a vulnerable and marginalised minority, already facing violence and discrimination. If signed by the President, this new law would reinforce stigma and prejudice, and institutionalise discrimination,” said Ravina Shamdasani, spokesperson for the Office of the High Commissioner for Human Rights (OHCHR).

If it becomes law, the bill – passed by the Ugandan Parliament on 20 December – would impose sentences of life imprisonment for consensual, same-sex relationships as well as prison sentences on those who “promote” homosexuality.

“We call on the President of Uganda to protect human rights and to refrain from signing this bill into law,” said Ms. Shamdasani.

“Uganda should also repeal colonial-era anachronistic provisions of the Penal Code that criminalise consensual same-sex relationships. Urgent steps must be taken to ensure effective protection of LGBT individuals from violence and discrimination.”

OHCHR noted that the law would have a detrimental effect not only on the fundamental rights of LGBT members of Ugandan society but also on the work of human rights defenders and efforts to address HIV/AIDS in the country.

The bill’s provisions, the Office added, stand in clear violation of the rights to liberty, privacy, non-discrimination and freedom of expression, peaceful assembly and association protected by the Constitution of Uganda, the Universal Declaration of Human Rights and the International Covenant on Civil and Political Rights that Uganda has ratified, and by the African Charter on Human and Peoples’ Rights.

“The Government has a legal obligation to prevent discrimination and cannot withhold basic rights from certain individuals because the majority disapproves of them,” Ms. Shamdasani stated.

“All people, including LGBT individuals, have the same human rights and are entitled to full protection by the State.”

Secretary-General Ban Ki-moon has appealed for the complete and universal decriminalization of homosexuality, still a criminal offence in some 76 countries, stressing that human rights must always trump cultural attitudes and societal strictures. 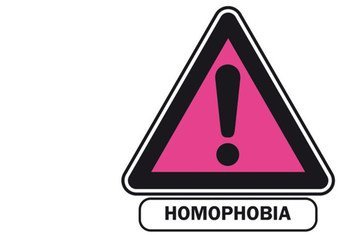 27 January 2011
The United Nations today condemned the murder of a prominent gay activist and human rights defender in Uganda and called on the Government to ensure the security of gays in a country where homosexuality is a crime under existing laws.