18 December 2013
The Security Council, deeply concerned over the increasing links between drug trafficking and other forms of transnational organized crime in West Africa, today emphasized the need to enhance regional cooperation and develop effective strategies to combat this growing threat.

In a number of measures outlined in a Presidential Statement, the 15-member body called on countries in West Africa and the Sahel region to strengthen border management to effectively constrain the spread of transnational threats, such as drug trafficking.

“To this aim, it encourages Member States and relevant organizations, as appropriate, to enhance cooperation and strategies to combat cross-border drug trafficking and to assist Member States of the region, as requested, to build the capacity to secure their borders against such illicit cross-border trafficking, including through the strengthening of national and regional systems to collect, analyze and disseminate criminal intelligence,” it added.

The meeting was convened by the delegation of France, which holds the rotating presidency of the Council for this month, and featured remarks by Secretary-General Ban Ki-moon, the Executive Director of the United Nations Office on Drugs and Crime (UNODC), Yury Fedotov, and the Secretary-General’s Special Representative for West Africa, Said Djinnit.

The latest UN estimates have found $1.25 billion of cocaine transiting through West Africa each year. In addition, a rising portion of drugs entering West African coasts use the Sahel route on the way to the Mediterranean.

“In a particularly disturbing development,” Mr. Ban told the meeting, “West Africa is no longer just a transit route for drug traffickers but a growing destination, with more than a million users of illicit drugs. Rising consumption aggravates an already challenging public health environment and threatens socio-economic development,” he noted.

Stressing that drug trafficking presents an enormous challenge to peace, stability, economic and social development in West Africa and the Sahel, he cited the need to promote a coherent, integrated and pragmatic international response, rooted in sustainable development and the full respect for human rights.

“Our aim must be to relieve citizens of the burden of crime, but also to lift them out of the conditions that enable crime to grow,” he stated. “That means addressing corruption, poverty and the lack of essential services. It means providing better education, promoting the rule of law and expanding opportunities for women, young people and marginalized groups.”

Mr. Djinnit said the UN Office for West Africa (UNOWA), which he heads, has worked closely with other UN entities to provide support to the development of sub-regional strategies to address cross-border threats such as drug trafficking.

“UNOWA will continue to work closely with UNODC and ECOWAS [Economic Community of West African States] to advocate for effective regional initiatives and to mobilize the attention of West African leaders and civil society on the threat posed by drug trafficking and organized crime,” he stated.

Mr. Fedotov added that West Africa and the Sahel are particularly vulnerable to drug trafficking due to problems such as political instability and porous borders. The situation requires urgent action owing to the proliferation of arms in the region as well as to links between criminal organizations and extremists groups there, he said. 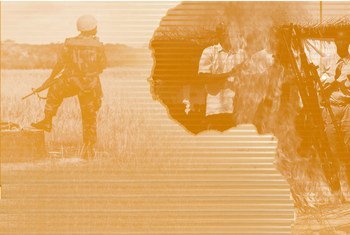 25 February 2013
Cocaine trafficking, the smuggling of migrants, and the trafficking of fraudulent pharmaceuticals are among the numerous damaging illegal activities perpetrated by transnational organized crime syndicates which continue to fuel instability across West Africa, a new United Nations report released today has warned.