“Let us make migration work for the benefit of migrants and countries alike. We owe this to the millions of migrants who, through their courage, vitality and dreams, help make our societies more prosperous, resilient and diverse,” said Secretary-General Ban Ki-moon in his message for the Day, observed annually on 18 December.

Stressing that migration “is a reality” in the 21st century, Mr. Ban said there are now some 232 million international migrants bringing consistent benefits to countries of destination and origin through their essential labour and remittances.

“Yet, this important population remains largely invisible and unheard in society,” he said, noting that almost half of migrants are women; one in ten is under the age of 15; and 40 per cent live in developing countries. Too many live and work in the worst conditions with the least access to basic services and fundamental rights, making them disproportionately vulnerable to extortion, violence, discrimination and marginalization.

The UN is acting to safeguard the rights of migrants, lower the social and economic costs of migration, and promote policies that maximize the benefits of mobility. “Migrants should not be forced to risk lives and dignity,” the Secretary-General said, recalling that earlier this year, the Convention Concerning Decent Work for Domestic Workers, many of whom are migrants, came into force.

And in October, a special high-level dialogue of the General Assembly called for the post-2015 development agenda to take full account of the positive impact of international migration. “It is essential that we conduct an open debate on this important subject. Let us make migration work for the benefit of migrants and countries alike,” said Mr. Ban, urging the international community to embrace migration as an enabler of broader development.

Also hailing the action taken at the high-level meeting, General Assembly President John Ashe said in his message that Member States committed to doing a better job of protecting the legal and human rights of migrants the world over. The Assembly had also reaffirmed that “migration can and should not be stopped, but that is requires better governance.”

Yet, he underscored the challenges, noting that each year billions of dollars that could be put to good use by migrant families are being pocketed by recruiters and financial intermediaries.

Moreover, the human costs of migration are “intolerably high,” as recent tragedies in the Mediterranean and elsewhere spotlighted the extreme vulnerability of migrants, many of whom flee poverty, persecution and conflict.

With all this in mind, Mr. Ashe said the 2013 High-level Dialogue demonstrated that the international community could come together on migration. “Now is the time to translate our shared vision into action. It is time to deliver on our promise and make a difference in the lives of millions of migrants across this planet.”

Adding their voices to those calls for action are Special Rapporteur on the human rights of migrants, François Crépeau; the Chairperson of the UN Committee on the Protection of the Rights of All Migrant Workers and Members of Their Families, Abdelhamid El Jamri; and the Rapporteur on the Rights of Migrants of the Inter-American Commission on Human Rights, Felipe González.

“We must keep in mind that migrants are first and foremost human beings with human rights, and cannot be perceived or portrayed only as agents for economic development,” they said in a joint statement, reminding States of their responsibility to fight racism and xenophobia, to charge perpetrators of violence or discrimination against migrants, and foster a public discourse encouraging tolerance, acceptance of social change and celebration of diversity.

“On the occasion of the International Migrants Day, we wish to remind everyone that human rights must lie at the heart of all discussions about migrants and migration policies,” said the experts, urging States to ratify all the international and regional human rights treaties, including the treaty on protecting the rights of migrant workers and their families, and to implement them fully.

“In the end, as has been the case with other categories of marginalized human beings, the objective should be to empower migrants to fight for their own rights,” the experts stressed, adding that migrants should be offered the normative, institutional and procedural tools that will protect against contractual or situational precariousness, as well as grant them effective access to justice and appropriate remedies.

What are your perceptions of migrants?

On 18 December the world celebrates International Migrants Day. This year, the International Labour Organization (ILO) and the Office of the High Commissioner for Human Rights (OHCHR) have teamed up to challenge public perceptions about migrants. 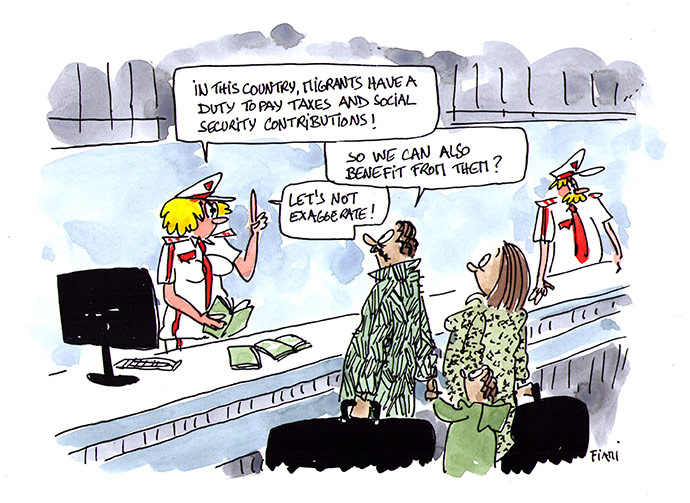 Migrants have a duty to pay taxes...

Many do not recognize the contributions all migrants – including women and men in irregular situations – make to the economy and to social security schemes where they live. Do you know that everyone – migrant or not – has a right to social security benefits? © OHCHR/ILO 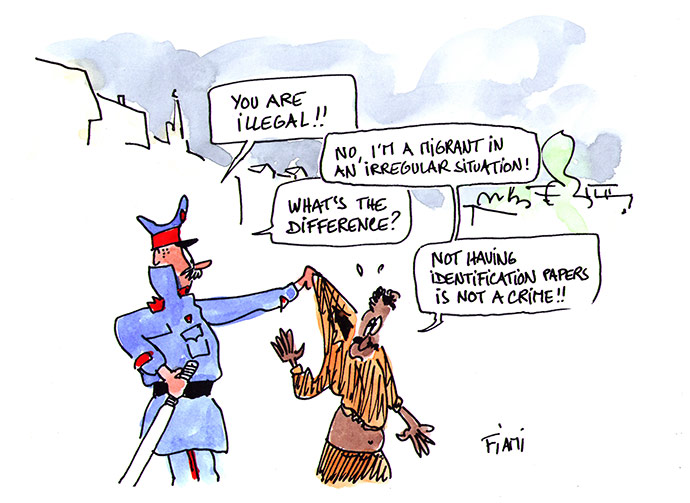 Do you know the difference between “illegal and irregular migration”? Irregular entries, stay and work are not criminal offences but administrative misdemeanours. Not distinguishing between the two terms reinforces the false and negative stereotype that migrants in irregular situations are criminals. © OHCHR/ILO 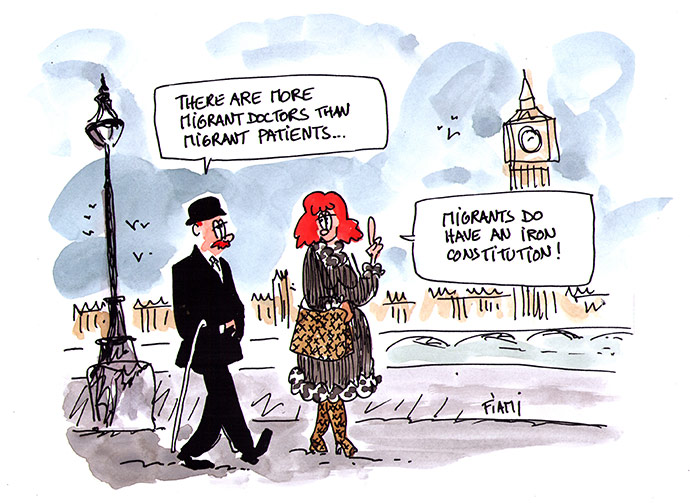 Do you know that migrants often help fill the gap where there is a need for more skilled health workers? Many migrant women and men, especially those in irregular situations, however, do not have access to health services, often because of fear of xenophobia or legal barriers. © OHCHR/ILO 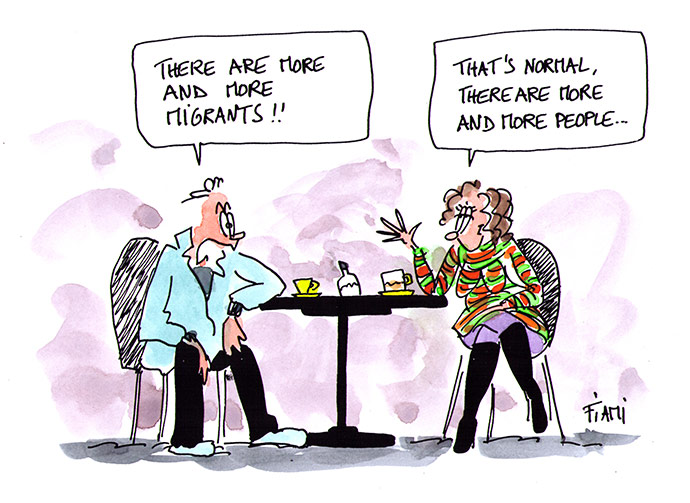 There are always more migrants...

Do you know that there are more migrants than ever because of the growing world population? The absolute number of people migrating has risen from 154 million in 1990 to 232 million in 2013, yet for many years migrants have made up about 3% of the world's population. © OHCHR/ILO

♦ Receive daily updates directly in your inbox - Subscribe here to a topic.
♦ Download the UN News app for your iOS or Android devices.
migra

Following reports of a second ship capsizing off the coast of the Italian island of Lampedusa, Secretary-General Ban Ki-moon today called on the international community to protect the rights of migrants and take action to prevent such tragic incidents.