11 December 2013
Nearly 230 million children under the age of five have not had their births officially recorded, excluding them from education, health care and social security, the United Nations Children’s Fund (UNICEF) today reported.

That is approximately one in three of all children under five who are unregistered or lack proof of registration, the agency said in a report released to coincide with its 67th birthday.

“Birth registration is more than just a right. It’s how societies first recognize and acknowledge a child’s identity and existence,” said Geeta Rao Gupta, UNICEF Deputy Executive Director. She added that registration is also key “to guaranteeing that children are not forgotten, denied their rights or hidden from the progress of their nations.”

Only around 60 per cent of births last year were recorded, with the lowest levels of registration in South Asia and sub-Saharan Africa, according to ‘Every Child’s Birth Right: Inequities and trends in birth registration.’

Even when children are recorded, one in seven do not have a physical birth certificate as proof of registration.

“All children are born with enormous potential. But if societies fail to count them, and don’t even recognize that they are there, they are more vulnerable to neglect and abuse,” Ms. Gupta said. “Inevitably, their potential will be severely diminished.”

Birth registration not only aids children and their families, but the overall communities and countries. In addition to contributing to a country’s civil registry, birth registration also strengthens the quality of vital statistics, aiding planning and government efficiency, said UNICEF.

Among the reasons for not registering, the report authors cite prohibitive costs, cultural barriers and fears of discrimination or marginalization.

Unregistered births are a “symptom of the inequities and disparities in a society,” according to the report, with birth of children living in rural or remote areas, from poor families, and to uneducated mothers most likely not to be registered.

In the report, UNICEF highlights innovative approaches to support governments and communities in strengthening their civil and birth registration systems.

Among such projects supported by UNICEF is the use of mobile-based registration platforms in Kosovo and Uganda, which cut the birth registration process from months to minutes. 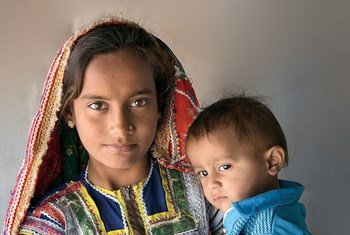