IRIN/Nancy Palus
Passers-by on a motorcycle wave to ‘dozos’ posted along the road between Man and Duékoué in western Côte d’Ivoire.

The report, produced by the UN Operation in Côte d’Ivoire (UNOCI) in cooperation with the Office of the High Commissioner for Human Rights (OHCHR), documents serious human rights abuses committed by Dozos while undertaking security activities.

These include violations of the right to life, including extrajudicial killings and summary executions, illegal arrest and detentions, looting and extortions, according to a news release.

The investigations carried out by the UN showed that at least 228 people were killed, 164 others injured by bullets, machete and knives, and 162 arbitrarily arrested and illegally detained by Dozos between March 2009 and May 2013. In addition, 274 cases of looting, arson and extortion committed by the Dozos have been confirmed.

“The State authorities of Côte d’Ivoire have the duty to deploy appropriate security forces throughout the country to prevent the population from using Dozos on security issues. Impunity granted to Dozos in Côte d’Ivoire is unacceptable and must be stopped,” she stated.

The Independent Expert on the situation of human rights in Côte d’Ivoire, Doudou Diène, and non-governmental organizations have already made several recommendations urging the Government to take steps to address the situation of the Dozos, who continue to endanger the population.

“These efforts are crucial in re-establishing the rule of law and in preventing Dozos from carrying out security functions,” she said. “The United Nations continues to offer its support to the Ivorian authorities for the advancement of security sector reforms. However, it is necessary that the Government investigates human rights abuses committed by the Dozos, in the interest of victims’ rights to truth, justice and reparation.” 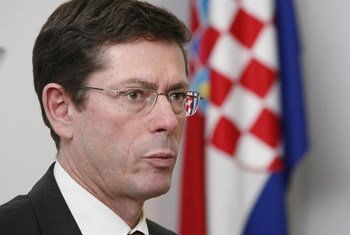 1 December 2012
At the end of a visit to Côte d'Ivoire, a senior United Nations human rights official today warned that failure to quickly bring perpetrators of serious human rights crimes to justice could lead to recurrent violence in the West African nation.