27 November 2013
China is facing significant environmental and social challenges that must be addressed if it is to achieve its sustainable development goals, according to a joint report released by the United Nations Environment Programme (UNEP) and the Government.

China is facing significant environmental and social challenges that must be addressed if it is to achieve its sustainable development goals, according to a joint report released by the United Nations Environment Programme (UNEP) and the Government.

“China’s Green Long March: A Study of Renewable Energy, Environmental Industry and Cement Sectors” notes that the country has a strong policy framework in place to support a national transition to a green economy.

For example, incentives, such as feed-in-tariffs, subsidies and tax advantages, already exist and are helping stimulate green investment, as are strict regulations to help phase out inefficient plants, halt water pollution and improve waste management.

At the same time, the joint report released this week by UNEP and China’s Ministry of Environmental Protection points out that the country is the world’s largest emitter of greenhouse gases, accounting for 27 per cent of the total emissions in 2012.

In addition, local pollution, particularly to air and water, is putting a strain on China’s economic growth. It is estimated that 90 per cent of the country’s urban water bodies are polluted, and outdoor pollution is estimated to contribute to 1.2 million premature deaths per year.

As China continues its urbanization, the report finds that the country “should not only develop more energy efficient buildings, but also create greener supply chains that reduce waste generation, water and material consumption, and energy use,” states UNEP.

Currently, buildings account for as much as one-third of global greenhouse gases, thus greening the building sector supply chain could be a key opportunity for the country, the agency says.

Among other findings, the report says there is a major technology gap between Chinese firms and their international competitors. 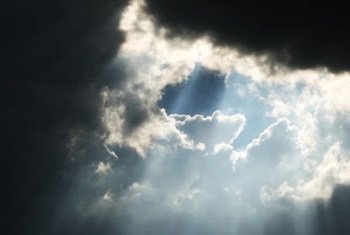 23 April 2013
With United Nations support, the Government of China has agreed to completely eliminate its industrial production of ozone-depleting substances (ODS) and hydrochlorofluorocarbons (HCFCs) by 2030, the world Organization announced today.