21 November 2013
Saying they themselves had received threats, United Nations human rights experts today called on the Government of the Netherlands to facilitate the growing national debate on whether the portrayal of a servant in an age-old Christmas parade perpetuates a negative stereotype of Africans and people of African descent.

A person representing Saint Nicholas or Sinterklaas (Santa Claus) enters Dutch towns every 6 December accompanied by Zwarte Piet (Black Pete), his servant, in a tradition that goes back hundreds of years.

“We have received complaints from individuals and civil society organizations in the Netherlands who consider that the portrayal of Zwarte Piet perpetuates a negative stereotype and derogatory image of Africans and people of African descent,” the experts said in a statement, noting that they had already brought the issue up with the Government in January.

“In late October, we began to receive disturbing reactions, including threats and insults,” they added. “We were deeply troubled by the virulent intolerance expressed by those who could not understand that there might be problems with the way Zwarte Piet is presented or that the presentation might be perceived negatively…

“It is clear that many people, especially people of African descent living in the Netherlands, consider that aspects of Zwarte Piet are rooted in unacceptable, colonial attitudes that they find racist and offensive. Indeed, since the debate over Zwarte Piet has escalated, people of African descent report being subjected to even greater racial abuse and ridicule, actions which we condemn.”

The experts noted suggestions about how the best aspects of the tradition can be preserved and how elements that offend might be modified, but stressed that, ultimately, it is something for the people of the Netherlands to discuss and decide.

“We strongly encourage the Government to support and facilitate an open debate in Dutch society, with a view to creating an understanding of how this tradition is perceived by different groups and to identify steps that might respond to the views and concerns of all. Debate should be inclusive, non-confrontational and respectful and the establishment of a dedicated platform, forum or mechanism could be desirable to achieve that,” they said.

“We are willing to support discussions on this issue between the Government and civil society. In the meantime we ask for calm and an end to the abuse directed at opponents of the tradition in the Netherlands and the UN Experts.”

The experts, who serve in an independent unpaid capacity and report to the UN Human Rights Council in Geneva, are:

The five-Member Working Group of Experts on People of African Descent (WGPAD), chaired by Verene Shepherd; the Special Rapporteur in the field of cultural rights, Farida Shaheed; the Independent Expert on minority issues, Rita Izsák; and the Special Rapporteur on contemporary forms of racism, racial discrimination, xenophobia and related intolerance, Mutuma Ruteere. 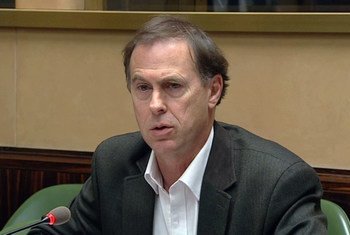 15 November 2013
The recent racist attacks in France against Guyanese-born Minister of Justice Christiane Taubira are unacceptable, the United Nations human rights office said today, warning that this is another sign of rising discrimination in many European nations.