11 November 2013
The United Nations refugee agency and the Governments of Kenya and Somalia today signed an agreement laying out the framework by which Somali refugees in Kenya could return to their homeland.

The agreement comes as between 30,000 and 80,000 Somali refugees have spontaneously returned to south-central Somalia since January, the UN High Commissioner for Refugees (UNHCR) said.

Returns must be made with “safety and dignity, and in accordance with international law”, Raouf Mazouand, the UN Refugee Agency (UNHCR) Representative in Kenya, told UN Radio.

He added that the timeframe for implementing the deal and the speed at which the refugees will take place is dependent on the situation in Somalia, “access to basic services in Somalia, access to livelihood, and security”.

“The agreement makes reference to about three years, but not as a deadline for the return of all refugees. It’s simply the time during which that agreement is going to be implemented,” Mr. Mazouand said.

?There will be no vetting process, the UN agency confirmed, other than to check the nationality of the person.

A Tripartite Commission will be established, per the agreement, to oversee the implementation of its provisions, the UN agency said.

Kenya is hosting some 470,000 Somali refugees, the majority of whom are in the large Dadaab refugee camps complex in the north-east of the country.

The agreement has an incremental approach to repatriation, according to UNHCR, providing support to spontaneous returns while acknowledging continuous protection needs of the refugees.

“There is general interest from the Kenyan Government which they have expressed to have peace and stability in Somalia,” said Mr. Mazouand. 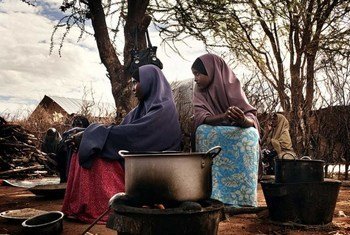 30 July 2013
The United Nations refugee agency has welcomed the ruling of the High Court of Kenya which upholds the asylum right of refugees living in urban areas, and expressed hope that the Government will implement the decision quickly and resume legal services to this vulnerable group.