During a historic trip to the region by leaders from five international organizations – the United Nations, the World Bank, the African Union, the African Development Bank, and the European Union – Dr. Kim announced the $200 million Sahel Women’s Empowerment and Demographics Project.

The initiative, which builds on the Bank’s existing $150 million in commitments over the next two years for maternal and child health programmes in the Sahel, will work across the region to improve the availability and affordability of reproductive health commodities, strengthen specialized training centres for rural-based midwifery/nursing services, and to pilot and share knowledge on adolescent girls’ initiatives.

“This call to action on women’s empowerment and demographics is not simply about numbers. It is about people. When women and girls have the tools to shape their own future, they will advance development for all,” said Mr. Ban, who is on his second joint visit to Africa with the World Bank chief. 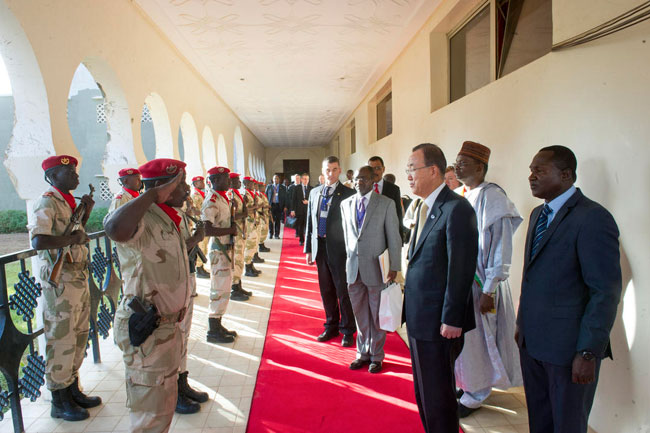 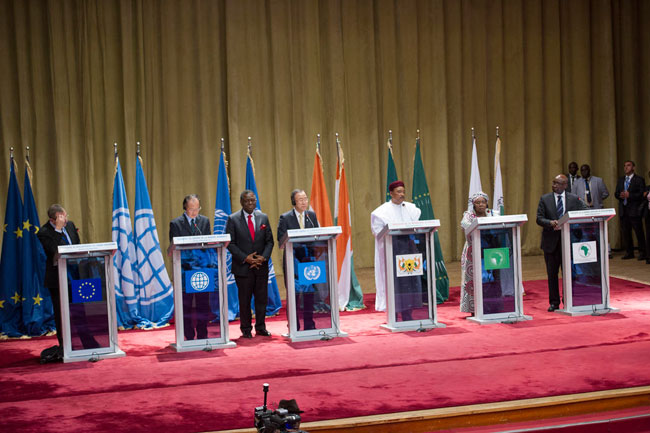 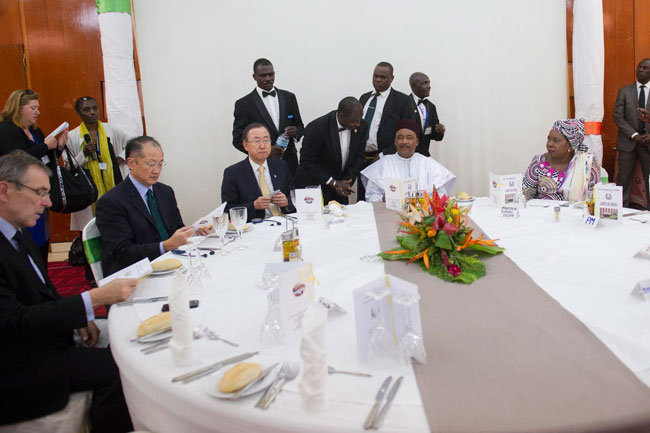 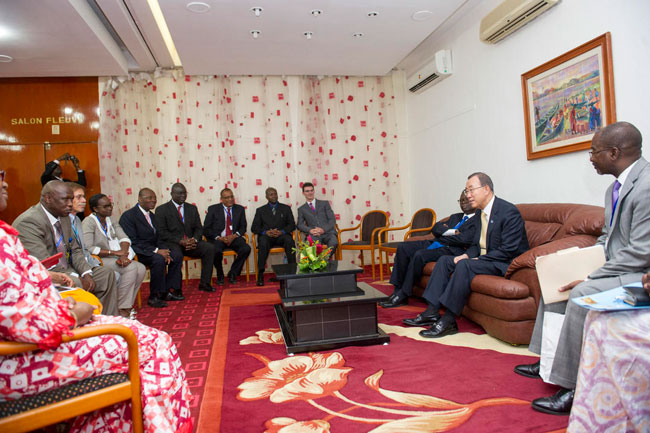 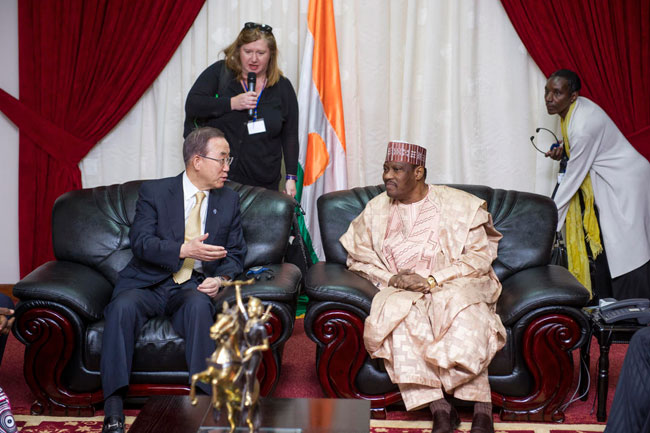 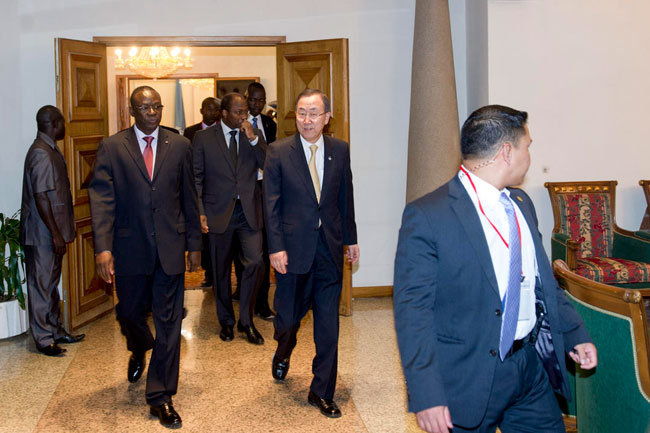 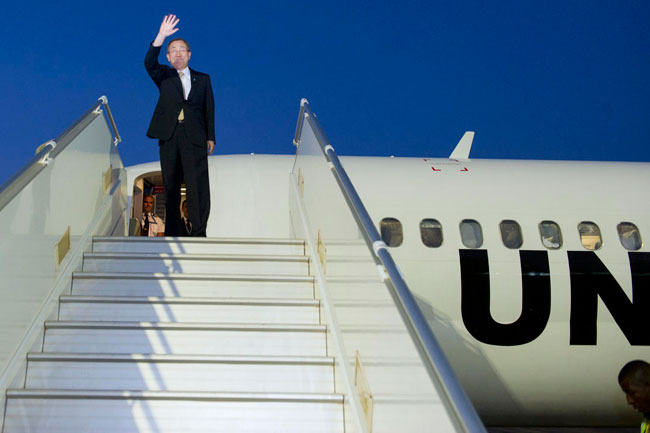 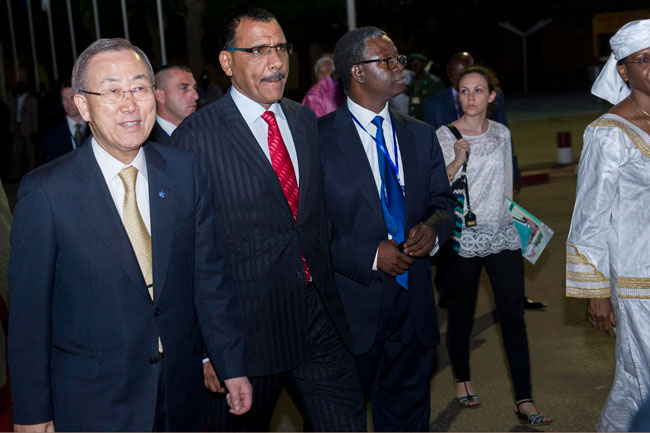 He cited the need to not only take steps to support women, but also the need to change mindsets. “Women should be able to demand their rights. But I also want men to join this call.

“Help us create conditions where your daughters, your sisters and your wives have full equality. Help us create a society where women never have to fear violence at the hands of men. Help us create families where mothers and fathers decide together how many children they want to have. The time to do this is now,” he stated at the launch of the new initiative.

“I have full confidence that the men of Niger and the Sahel can support the women here, and that together you can open a new future.”

Financed by the World Bank’s International Development Association (IDA) – its fund for the world’s poorest countries – the new programme will be closely coordinated with UN agencies and other development partners, and will build on existing investments and analyses of Africa’s demographic dividend already being supported by the World Bank Group.

“As we work towards ending poverty across the developing world, we know that educating adolescent girls and getting health services to women will lead to greater prosperity not just for individual families but also for entire economies,” said Dr. Kim. “This link is even more critical when countries, such as those of the Sahel, have fast-growing youth populations and are trying to make timely investments to reap a major set of economic gains known as the demographic dividend.”

Of the World Bank Group’s $350 million for the women’s empowerment and demographics programme – including the $200 million pledge made today – up to $100 million is expected to go to the UN Population Fund (UNFPA). Much of the funding to the UNFPA will be based on country requests for reproductive health commodities and services.

“Raising the age of marriage, keeping girls in school, enabling women through family planning to decide the spacing and number of their children, and investing in the health and education of young people, particularly young girls, can unlock a powerful demographic dividend and set countries in the Sahel on the path to sustained, inclusive social and economic growth. The time to act is now.”

Niger is the second stop on a wider trip to the Sahel region for the development leaders that began in Mali and will also include Burkina Faso and Chad.

“We are here for you,” Secretary-General Ban Ki-moon told people of the Sahel today, kicking off a visit to the region with international development leaders to listen to local priorities and to link political, security, development and humanitarian efforts there.