1 November 2013
Secretary-General Ban Ki-moon and World Bank President Jim Yong Kim announced today they are teaming up for a trip to the Sahel next week to address pressing issues in the vast African region such as pervasive poverty, food insecurity and conflict.

“The Sahel is one of the most impoverished and fragile places on the planet,” said Mr. Ban in a joint press conference in New York. “We are going together to listen and act. We are convinced the cycle of crises in the Sahel can be broken. The region can move from fragility to sustainability.”

Earlier this year, Mr. Ban and Mr. Kim travelled together to Africa’s long troubled Great Lakes region in support of a new peace framework agreed by leaders there. It was the first joint visit by a UN Secretary-General and a President of the World Bank. The new trip seeks to build on joint efforts, foster international support, and spotlight the challenges currently facing the Sahel.

“Our message on this critical visit and around the world is that peace and development must go hand-in-hand,” Mr. Ban said. “At this time last year, Mali was in crisis. Since then, our collective efforts have helped not only improve the political and security situation in Mali but also address some of the broader challenges in the Sahel. The time is ripe to build on these gains.”

“These challenges cannot be overcome by any Government or organization alone,” Mr. Ban said. “The issues are connected and we need an approach that connects our efforts.”

“Many of these countries have chronically low economic growth which lags behind the urgent need for job creation,” Mr. Kim told reporters via teleconference from Washington D.C. “We need to work together so that people of the Sahel can have peace and development.”

He stressed that the World Bank’s new approach to the Sahel will entail working side by side with the region’s Governments, the UN and other development partners and will promote greater stability, resilience and sustainable development in the five core countries of the region: Burkina Faso, Chad, Mali, Mauritania and Niger.

“Our aim is to address the root causes of poverty, conflict and helplessness. As a part of this new approach, the World Bank will mobilize substantial public and private sources in support. We’ll help strengthen social safety nets for people, lower the cost of energy and increase support for irrigation and pastoralism, as well transform the state of agriculture in the region,” Mr. Kim said.

The Sahel stretches from Mauritania to Eritrea, including Burkina Faso, Chad, Mali, Niger, Nigeria, Senegal and Sudan, a belt dividing the Sahara desert and the savannahs to the south. The joint visit will start from Mali and continue to Niger, Burkina Faso and Chad. 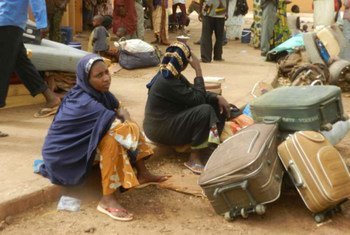 26 September 2013
Collective efforts in the Sahel region of Africa must address urgent humanitarian needs as well as long-term development and security threats, United Nations officials stressed today in a meeting at the 68th session of the General Assembly in New York.