UNHCR/J. Abrigada
Angolan refugee returnees on arrival at Katwitwi in southern Angola after their journey from Botswana.

1 November 2013
The last group of Angolan refugees arrived in their home country from Botswana on Wednesday afternoon, marking the end of the voluntary repatriation programme, a United Nations agency said today.

The convoy, which carried 194 people and their belongings, left the Duwki refugee camp in east Botswana, bringing to 461 the total number of Angolans repatriated from Botswana since June last year.

The Office of the UN High Commissioner for Refugees (UNHCR) declared cessation for the Angolan refugee situation on 30 June 2012. In the case of Botswana, refugee status was withdrawn by the Government in August and former Angolan refugees were given until 31st October 2013 to return home.

“The convoy journey was a lengthy one of around 1,300 kilometres. It arrived in Angola at the southern town of Katwitwi where temporary shelter arrangements are in place,” UNHCR spokesperson Dan McNorton told reporters in Geneva.

“With support from UNHCR and IOM [International Organization for Migration], the Angolan Government is assisting people to proceed to their home villages from Katwitwi to start a new life. Nearly half of this week’s returnees are below 17 years in age and were either born in exile or lived most of their life outside of their homeland.”

Mr. McNorton said UNHCR provided buses and trucks to transport the returnees and their belongings, including beds, corrugated roofing, iron sheets and other household items.

The agency also provided returnees with cash grants of $100 per adult and $50 per child, to assist with reintegration. Prior to departure, the Angolan consulate in Botswana issued the returnees with travel documents and identity cards.

“Now that cessation is in effect Angolans who fled their country during those turbulent years and remain abroad will no longer be regarded as refugees by UNHCR and host governments,” Mr. McNorton added.

More than 40 years of armed conflict in Angola ending in 2002 displaced over four million people internally and forced another 600,000 into exile. Most fled to neighbouring countries including the Democratic Republic of the Congo (DRC), Zambia, Namibia, South Africa, the Republic of Congo (ROC) and Botswana.

Although most Angolan refugees in the region have gone back home since 2002, more than 100,000 still remain in exile in countries. 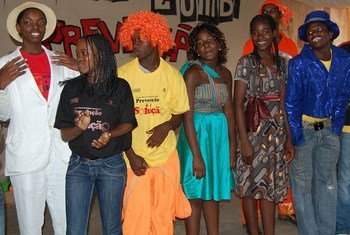 9 November 2012
The United Nations today welcomed the decision by the Brazilian Government to grant permanent residency to almost 2,000 former Angolan and Liberian refugees, a majority of whom fled their countries during the 1990s due to violence.