Brazzaville, designated “City of Music”, is the first African member of the Creative Cities Network, which was launched by UNESCO in 2004 to develop international cooperation among cities that have recognized creativity as a driver for sustainable development.

Zahlé, Kraków and Fabriano join the Network in the categories of Gastronomy, Literature, Crafts and Folks Arts, respectively.

“In implementing local initiatives, policies and strategies, Brazzaville, Zahlé, Kraków and Fabriano have all tapped into creativity as a source of enrichment for the contemporary urban landscape and the daily life of citizens,” the Paris-based UNESCO stated in a news release.

As new members of the Network, the cities commit to strengthening participation in cultural life through fostering access to the creation and enjoyment of cultural activities, goods and services, promoting creativity and creative expressions, and integrating cultural and creative industries into local development.

Organized around seven categories, reflecting different dimensions of cultural life, the Network serves to facilitate the exchange of experience, knowledge and resources among its member cities as a means to promote the development of local creative industries and to foster worldwide cooperation in the cultural and creative sector, all for sustainable development.

With the latest additions, the Network now comprises 38 cities from all regions of the world. More cities are expected to be designated before the end of the year.

Announcement of the new designees comes on the second day of UNESCO’s Creative Cities Summit, being held in Beijing through Wednesday, 23 October. The meetings and related events are being held in the Capital Museum in Beijing, which itself was named a UNESCO “City of Design” in 2012.

“This is a summit for creativity,” declared Irina Bokova, Director-General of UNESCO as she opened the event. She added: “Standing at the intersection of the past and the future – cities are places where tradition meets modernity, where the ‘local’ and the ‘global’ interact, where the economic, social and cultural dimensions of sustainability interweave most tightly.” 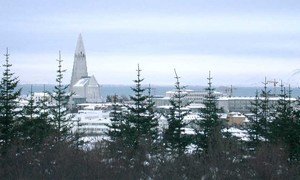 Reykjavik earns UN distinction as a City of Literature

The United Nations Educational, Scientific and Cultural Organization (UNESCO) has designated the Icelandic capital, Reykjavik, as a “City of Literature” in recognition of its efforts to preserve, disseminate and promote its rich literary heritage.