UN Photo/Paulo Filgueiras
Secretary-General Ban Ki-moon is greeted by Phumzile Mlambo-Ngcuka, Executive Director of the UN Entity for Gender Equality and the Empowerment of Women.
18 October 2013

The United Nations Security Council and senior UN officials today issued a strong call on the international community to strengthen its commitment to ensuring that women play a more prominent role in conflict prevention, resolution and in post-war peacebuilding.

Unanimously adopting a new resolution this morning, the Security Council reaffirmed that sustainable peace hinges on an approach that integrates “political, security, development, and human rights, including gender equality,” concerns and urged Member States and UN entities to ensure women’s full and meaningful participation in peace and security issues, and committed to increase focus on their adequate access to justice in conflict and post-conflict settings.

actions to not only increase the number of women in peace-making, but crucially to improve the way gender issues are addressed by peace and security institutions, including the Council itself,” UN Secretary-General Ban Ki-moon said as he opened the Council’s day-long debate on “Women, Rule of Law and Transitional Justice.”

Held yearly, the open debate provides an opportunity for the wider UN membership to reflect on the progress made, and accelerate action on implementation of the Security Council resolution 1325, adopted in 2000, which requires parties in a conflict to respect women’s rights and support their participation in peace negotiations and in post-conflict reconstruction.

Today’s meeting featured addresses from Phumzile Mlambo-Ngcuka, Executive Director of the UN Entity for Gender Equality and the Empowerment of Women (UN Women), Navi Pillay, UN High Commissioner for Human Rights, and Brigitte Balipou, founder of the Association of Women Jurists of the Central African Republic, speaking on behalf of the NGO Working Group on Women, Peace and Security. 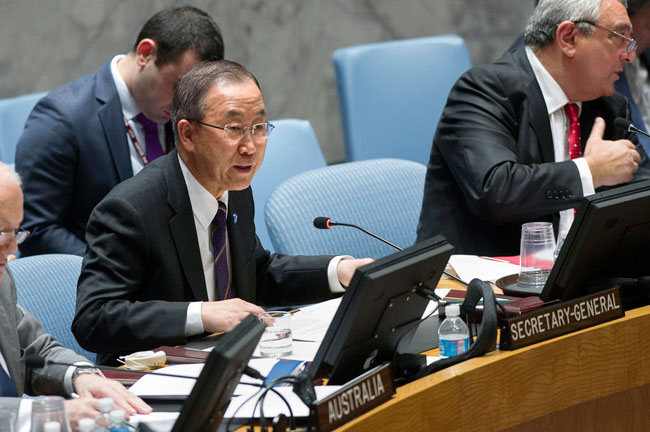 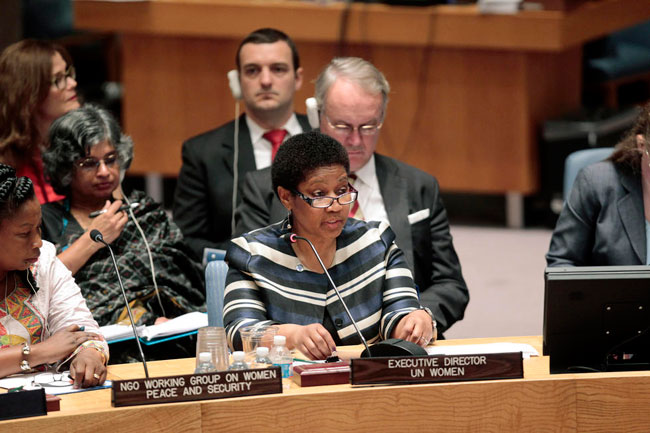 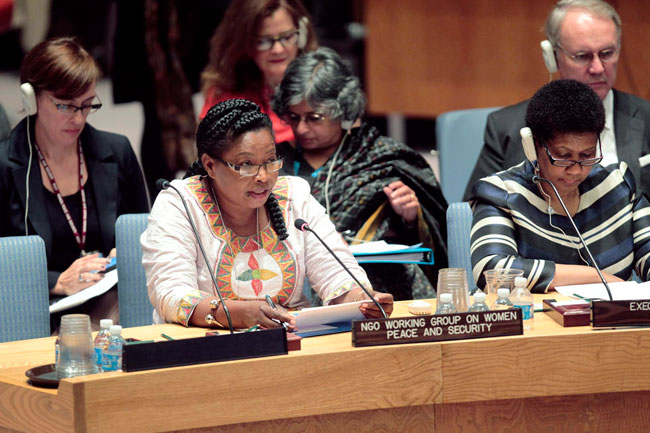 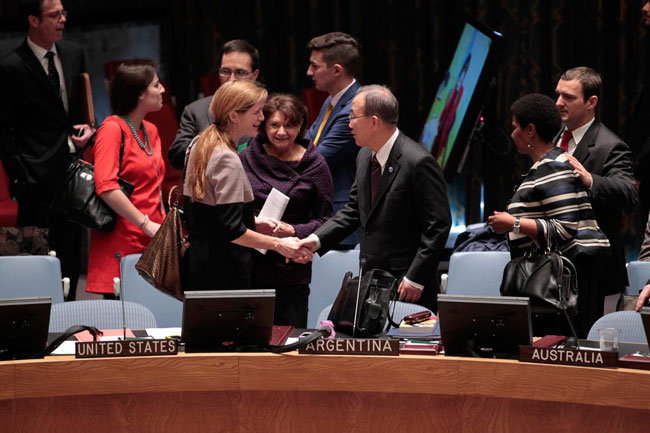 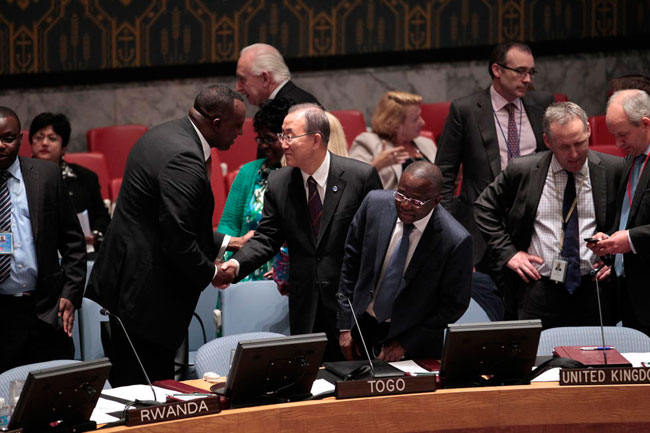 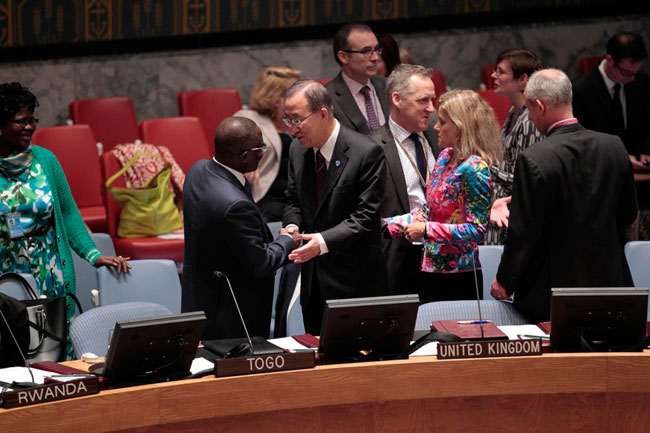 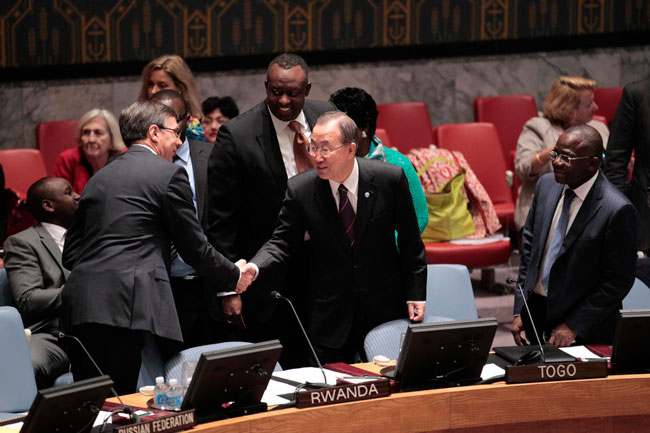 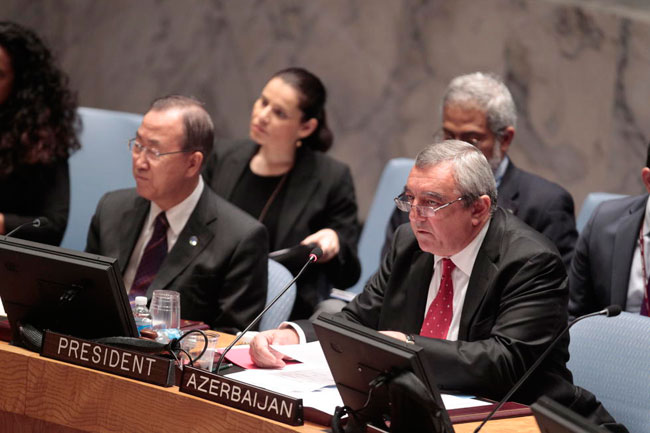 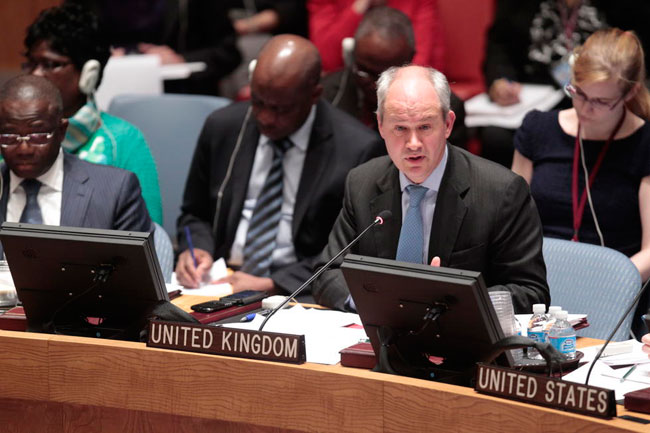 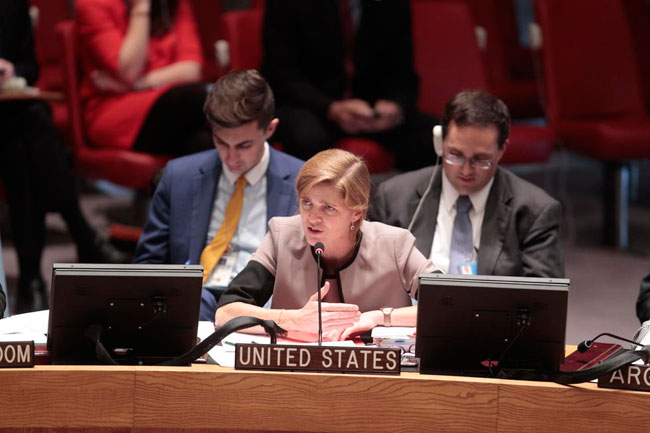 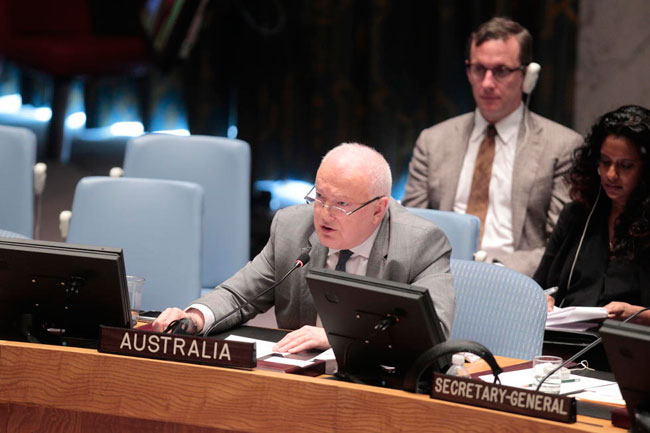 Mr. Ban urged the Council to also deal with the full range of conflict-related violations of women’s rights, adding that political and peacekeeping UN missions should support national prosecution for serious international crimes against women.

While women have been increasingly taking leadership positions in business and politics, progress has been slow in peace processes, the UN chief said. “Gains in the representation of women are often achieved through the use of temporary special measures, including quotas. Similar special measures could help increase the number of women at all levels of mediation, peacekeeping and peacebuilding.”

“I know for sure that there are women who are adequately trained for these roles, that women are available for high-level appointments and, further, that qualified women are everywhere. It is up to us, together, to take responsibility and open the doors to their full participation,” she said.

Ms. Mlambo Ngcuka, who presented Mr. Ban’s annual report on the implementation of the women and peace and security agenda, said inclusion must be accompanied by access to gender expertise, and gender analysis must be used to identify the impact on women’s rights of all peace-related decisions.

“We are now seeing what could be described as a ‘new generation’ of gender-responsive mediation practice from these and other peace leaders. Elements of this new practice include: holding early and regular consultations with women leaders and women’s rights groups; securing a gender advisor for the mediation team; and ensuring that crimes against women are addressed in ceasefire and peace negotiations,” she said, adding that Mr. Ban’s report includes measures for all stakeholders to accelerate results.

“These measures focus on removing obstacles to women’s peace leadership, and on building the capacities of the Security Council and the United Nations system to address gender issues across all peace and security work.”

For her part, Ms. Pillay underscored the importance of prosecuting not only individuals who violate women’s rights during conflict, but also address structural gender-based discrimination and inequality.

“Efforts to halt violations must be framed in State obligations to address structural and systemic gender inequality and discrimination through comprehensive legislative policy and institutional reforms,” she told the Council via a video conference.

She added that it is crucial to support women’s participation in political processes in countries emerging from conflict and ensure women have a space in the public sphere without fear of intimidation.

“A human rights based approached is to successfully address the root causes of conflict and threat to women’s security,” she concluded.

Bolivian President Evo Morales and other high-level Government and United Nations officials met today on the football field to support the UN campaign ‘UNiTE to End Violence Against Women,’ globally and in Latin America and the Caribbean, which has some of the highest rates of gender-related crime.